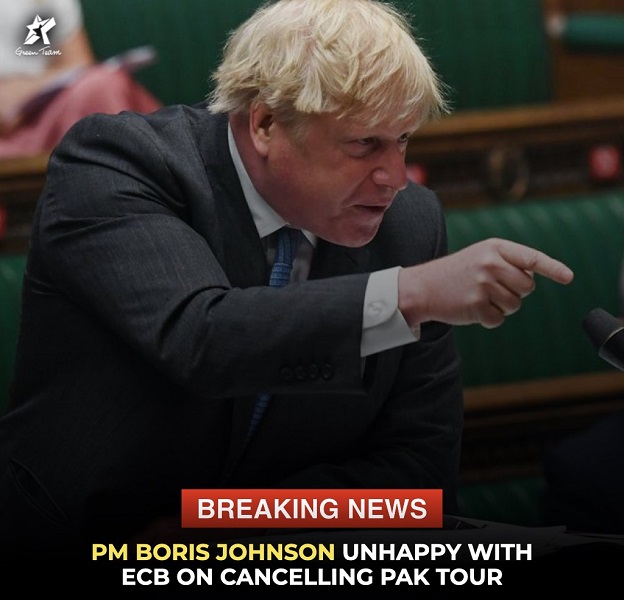 The decision, which was a major setback for the host country after New Zealand abruptly abandoned series, has also questioned the tourists commitment as Pakistan had toured England when many teams were reluctant to play there in view of the coronavirus situation.

“[UK] PM Johnson is understood to be angry over the ECB’s decision to cancel the men’s and women’s white-ball tour to Pakistan next month,” read a report by TheTimes published on Wednesday.

It added that the prime minister and senior ministers within the Foreign and Commonwealth Office believe that the decision has “damaged relations” between the UK and the Pakistan government.

The ECB’s Monday announcement had also prompted the British high commissioner in Pakistan to clear the air, as he dispelled the impression the decision had anything to do with the British government or had any political motive behind it.

The report added that there were consultations between the ECB and officials from No 10, the Foreign Office and the Department for Culture, Media, and Sport before announcing the cancellation of the tour in which the governing body was urged to go ahead as planned.

“The subsequent decision to ignore those pleas and cancel the tour on the grounds of the physical and mental wellbeing of the players has enraged ministers. They believe it has damaged the work being done to improve relations between the UK and Pakistan at a time when they are particularly important,” it read.

The report further added that the ECB was keen on trying to find a way for the tour to go ahead but it was an intervention from the Team England Player Partnership (TEPP) – a unit within the players’ union that represents England’s centrally contracted players – that stopped the tour.

It also highlighted that the TEPP represents only contracted players which would have allowed the ECB to explore the idea of taking a team of county cricketers. “But it is understood this option was not explored,” it read, adding that the ECB took the decision that the short tour to Pakistan “was not the battle it wanted to have with the players’ representatives.”

The report added: “In calling off the tour to Pakistan, the ECB can turn its attention to making sure that the Ashes takes place as planned.”