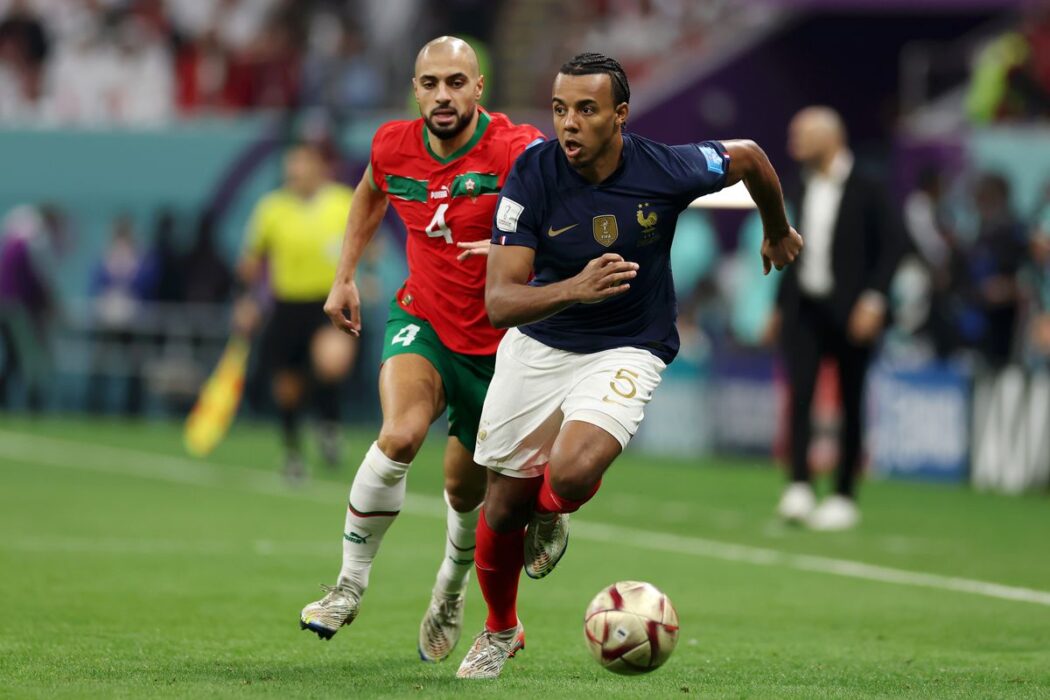 France ended the World Cup dream of Morocco by defeating them by 2-0 margin on Thursday in second semi-final of FIFA World Cup 2022 match in Qatar.

France edged past Morocco during a frenetic semifinal clash to secure their place in Sunday’s World Cup final.

Left-back Theo Hernandez put France ahead after just five minutes at the Al Bayt Stadium on Wednesday, firing an acrobatic effort past Yassine Bounou from close range to become the first opposition player to score against the Atlas Lions in Qatar.

Morocco responded forcefully to the early setback, controlling the majority of possession and pressing for an equaliser on either side of half-time, Al-Jazeera reported today.

France, who for large periods were second-best, held out nonetheless and Randal Kolo Muani put the game to bed late, tapping home from close range in the 79th minute to set up a showdown with Argentina in four days’ time.

France are looking to become the first team to retain the World Cup title since Brazil in 1962.

Morocco, the first Arab and first African country to make it to a World Cup semifinal, will face Croatia in a third-place playoff on Saturday.

About fifty thousand fans of Morocco football team were present in the stadium to watch match with France. Though defending champion, France defeated Morocco, football fans of Morocco did not lose heart and they supported their team for playing till semi-final match in the FIFA World Cup for the first time. Courtesy Al-Jazeera