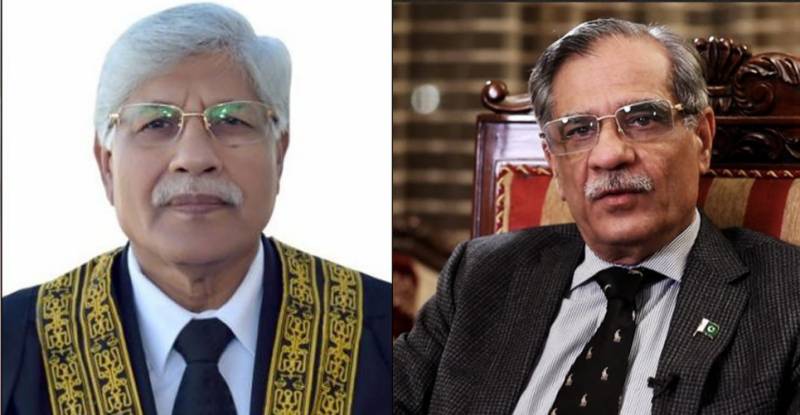 LONDON: Charles Guthrie, the solicitor, oath commissioner, and notary public who authenticated the affidavit of Justice (retd) Rana Shamim said he was ready to appear before Pakistani courts to confirm that Shamim signed the affidavit and was in his senses and under no pressure at the time of signing the document.

Guthrie said that Justice Shamim confirmed to him that he wanted to sign his affidavit, carrying claims that former Chief Justice Saqib Nisar exercised pressure on a senior judicial Islamabad High Court official to ensure that former Pakistani prime minister Nawaz Sharif and his daughter Maryam Nawaz are not given bail before the 2018 general elections.

Commenting on Justice Shamim, Guthrie: “He is a highly educated, intelligent man. I think he was one of the most senior judges in Pakistan in his time. He confirmed to me that yes he understood exactly what he was swearing by in his oath.”

On whether the affidavit published by The News, a copy of which was shared by Ansar Abbasi, The News investigations editor, was shown to Guthrie for verification, Guthrie said: “This is a true and genuine paper. It was a statement made on oath to me, effectively an affidavit. The person that made it produced their passport and national identity card. They saw me alone, so it was independently made.”

Guthrie also confirmed he was ready to appear at any legal forum, including the Islamabad High Court, to confirm that Justice Shamim made and confirmed the said affidavit.

He explained that “the key point is that the person has to produce proof of identity. They have to produce, for example, either a passport or a national ID card or photo driving license and I will be satisfied they are genuinely the person they are. That’s exactly what happened here. The person (Justice (Retd) Rana Shamim) produced his passport and I believe it was a national identity card as well. He made the statement of oath independently, alone with me”.

Guthrie provides services to the Pakistan High Commission in London and routinely verifies papers for the Pakistan Foreign Office and the National Accountability Bureau. He had already attested all Panama related papers that NAB officials brought from London to Pakistan in 2017.