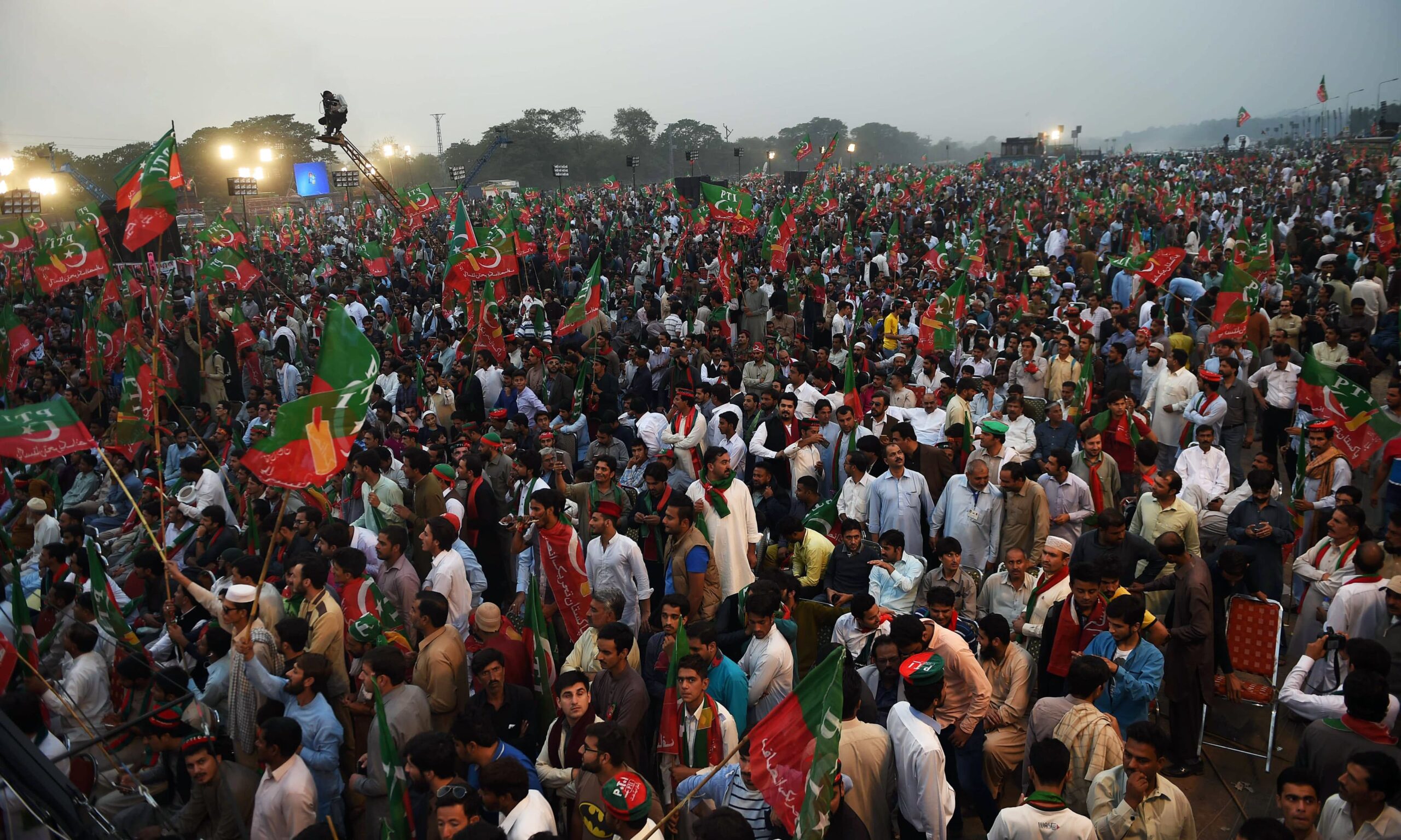 The party has failed to fulfil its pledge of major changes in the governance system.

The election sloganeering of Pakistan Tehreek-e-Insaf (PTI) was to bring about an overall change/reforms in the governance set-up. Outside KP, the PTI government succeeded to a large extent in building a perception of having introduced major reforms in the governance system. But, one needs to dig deeper into the facts to reach the conclusion of whether PTI’s assertions are genuine or a bluff.

Unlike in the Centre and Punjab where the PTI government completed its two years on August 18, it has governed the Khyber Pakhtunkhwa (KP) province since 2013 when it emerged as the single largest party in general elections. The PTI had pledged to establish the rule of law and service delivery. In this connection, the people at the helm of affairs initially targeted three sectors: police, health, and education.

Education is the sector that the PTI can rightly boast of. First of all, teachers’ appointments were totally made through third-party NTS. More than 40,000 new teachers were appointed and an able lot joined the schools. A school-based teacher appointment system was introduced, ending the politically-motivated posting/transfer system. The performance of teachers was reviewed through Independent Monitoring Unit to keep a check on their attendance and activities. The two-room sanctioned space for a primary school was raised to seven rooms while the number of teachers was also increased from two to seven.

In December last year, the Elementary and Secondary Education Department had decided to outsource 650 government schools — out of the total 33,000 — to the private sector from April 2020 under a Rs 1.2 billion pilot project. However, this could not materialize due to the COVID-19 pandemic.

Despite all these steps, the examination results of the government-run schools further deteriorated. According to Alif Ailaan’s Pakistan District Education Ranking 2017, KP was at the fifth position among the eight territories it monitored. The KP Elementary and Secondary Education Department had started assessment of the students of grades 5 and 8 in government schools. But sources in the department say the assessment results were too embarrassing to be made public.

Despite enrollment campaigns twice a year, 1.8 million children — 64% girls and 36% boys — from five to 16 years of age are out of school, according to the Pakistan Education Report 2016-17.

Regarding police reforms, the KP police established nine specialized schools for the capacity-building of personnel. The Khyber Pakhtunkhwa Police Act was passed in January 2017. Under the new law, public safety commissions — both at provincial and district levels — were envisaged, engaging the civil society in the implementation of the law. The heads of police were made accountable to the respective public safety commissions. During the last stint of the PTI government in KP, 12 district public safety commissions were formed, which after completing their three-year term are dysfunctional for the last one year almost in the whole province, including Peshawar.

In April 2019, a member of the KP Assembly said on the floor that the powers conferred on police under the Police Act have sent their performance into a constant nosedive.

In the health sector, the KP government recently announced a project, costing the provincial exchequer Rs 18 billion annually, to provide health insurance to all and sundry. Presently, 2.1 million families are covered under the Sehat Insaf Card and another six million would be included starting from October. Under this program, Rs 1 million health cover would be provided to each family for hospitalization in any of the 250 hospitals.

The KP government passed the Khyber Pakhtunkhwa Medical Teaching Institution Reforms Act, providing for running the tertiary hospitals through a board of governors (BoGs). But a large segment of the doctors’ community believes that the formation of BoGs was basically a tool to accommodate their blue-eyed people on the board and on key positions in these hospitals. They say at least three hospitals have chairmen of the BoGs from Shaukat Khanum Hospital and term it a clear clash of interests.

Presently PTI enjoys a two-thirds majority in KP Assembly, so they don’t have any problem in legislation work. As many as 170 bills were passed in the first five years and 68 during the last two years. Though they are steadfast in the legislation process, yet more than 40 laws don’t have by-laws, so practically they are useless. Most of the laws relate to amendments to already existing Acts, while the number of new laws is very small.

Fight against Corruption: Myths and Realities

The PTI leadership, right from the inception of their political struggle, blamed the previous governments of being involved in massive corruption and promised the masses that they, if voted into power, would put a permanent damper on corrupt practices by introducing a transparent governance system where everyone would be accountable.

But their tall claims do not match reality, at least in KP. For instance, the KP government established the Khyber Pakhtunkhwa Ehtesab Commission in 2014 under an Act of the provincial legislature that was abolished by the same government in 2018. It cost the provincial government Rs 1.056 billion but not a single rupee could be recovered from the corruption suspects.

The PTI government formed Khyber Pakhtunkhwa Oil and Gas Company Ltd in 2013 to explore oil and gas. During the last seven years, it failed to successfully explore a single oil or gas reservoir despite consuming billions of rupees.

The Billion Tree Tsunami is widely presented as the flagship project of PTI. The government claims to have planted over a billion saplings across the province. Opposition parties in the provincial assembly term this number as exaggerated and demand the constitution of a parliamentary committee for a detailed forensic audit of this project. But the government is reluctant to do so.

The same is the case with the Bus Rapid Transit (BRT), a mega project of the KP government. The stipulated period of the project was six months. However, this project became operational in August — after 34 months — while a reasonable portion of the project has yet to see the light of day. It was initially started with an estimate of Rs 49 billion, which jumped to Rs 71 billion. After the final PC-I, 38 changes were made in the project, with a 38% cost escalation. According to the law, the cost of a project can escalate only by 10%.

The Peshawar High Court, in the backdrop of the Chief Minister Inspection Team and Auditor General reports, ordered an inquiry into the case through the National Accountability Bureau. But the provincial government challenged the order in Supreme Court which stayed the investigation. The PTI government is taking cover behind the stay instead of presenting itself for accountability.

Many in the PTI leadership — including Imran Khan — have been facing NAB inquiries in a number of cases pertaining to corrupt practices. Prominent among these are cases related to the misuse of the official helicopter by PTI chairman Imran Khan and the Malam Jabba Resort Project. So far they have managed to avoid the wrath of NAB, which it shows when grilling politicians from the opposition parties.