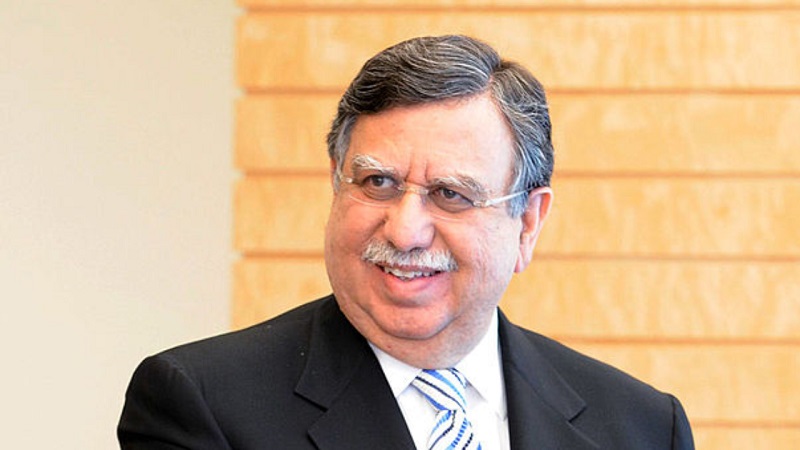 ISLAMABAD: Ayub Afridi, a Senator of Pakistan Tehrik-e-Insaf (PTI) today submitted his resignation as member of the upper house to Senate Chairman Sadiq Sanjrani and vacated his seat. Senate also notified the resignation of Ayub Afridi.

In a video message, Ayub Afridi said Prime Minister Imran Khan had previously expressed the wish for him to resign, which was why he took the step now.

“The Premier asked me to wait due to the joint session of parliament and after that he told me to resign. This seat was entrusted to me by the party and the prime minister and I happily returned it,” Afridi said.

When questioned about reports of other responsibilities being given to him, Afridi said it was the premier’s discretion, adding that he had no reservation even if new duties were not assigned to him.

The government is planning to get Shaukat Tarin elected to Senate on the seat vacated by Afridi to ensure he can become the finance minister again.

Sources that the government’s first priority was to get him elected to the upper house on PML-N leader Ishaq Dar’s seat — which has virtually remained vacant in his absence — but a plan-B was also in place to get a Senate seat vacated from Khyber Pakhtunkhwa for his election because of some uncertainties. The senator vacating the seat from KP would be compensated through some other political adjustment.

Informed sources later said it was decided that Afridi would resign to create a seat for Tarin in KP. Tarin’s national identity card would have to be changed with a KP address followed by registration in the voter list, to qualify for senatorship from that province.

The government had previously tried to get former finance minister Dr Abdul Hafeez Shaikh, who was also not a member of parliament, elected to the Senate.

Shaikh was appointed as the finance minister in December 2020 and was the government’s candidate for the hotly contested general seat from Islamabad in March’s Senate elections.

But in a blow to the government, Shaikh lost to the joint opposition candidate Yousuf Raza Gilani – a result which led PM Imran to seek a vote of confidence from the National Assembly to show he still held the majority. Shaikh was later removed as finance minister on March 29 and was replaced with PTI’s Hammad Azhar, who was shortly replaced with Tarin.