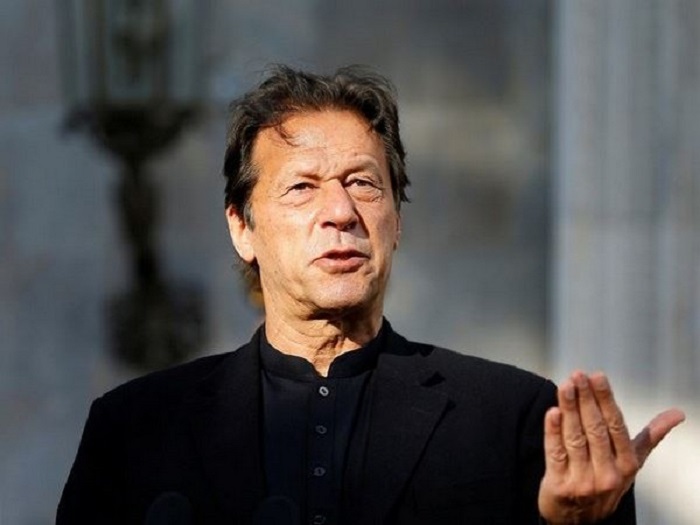 Pakistan Tehreek-e-Insaf (PTI) Chairman and former Prime Minister Imran Khan said that his party was the only one to generate funds through political fundraising and that overseas Pakistanis had given him funds and support in the form of donations.

Pakistani expatriates’ remittances to their families back home are also a source of support, according to former Prime Minister Imran Khan in an interview with demonstrators in Islamabad on Thursday night via a video connection.

Protests outside the ECP had been organized by the PTI leader after the ECP issued its decision on the party’s prohibited financing matter.

It is a fundamental right for everyone to demonstrate, Imran Khan added, and his party has always protested in accordance with the law.

Islamabad, according to him, has been turned into a fortress.

According to the PTI chairperson, the coalition government has always utilized institutions and money to crush his party.

He claimed that the coalition parties believed they could easily rig the polls in Punjab, yet they still lost the elections despite employing all of their strategies and devices.

In order to enslave the nation, these guys intend to use the Election Commission as a tool.

It was stated that the PTI chairman would like to introduce Electronic Voting Machines (EVMs) to avoid rigging in elections, which would remove 130 ways of manipulation.

He wondered, “How can a political party function without money?” and stated that it had been difficult to raise funds when he founded the political party.

Furthermore, Mr. Khan said that Shaukat Khanum’s yearly budget was around 16 billion rupees, with half of the money coming from overseas Pakistanis the country.

In a statement, he added, “PTI is the only party that started political fund-raising,” and he demanded fundraising details of PPP and PML-N should also be brought forward.