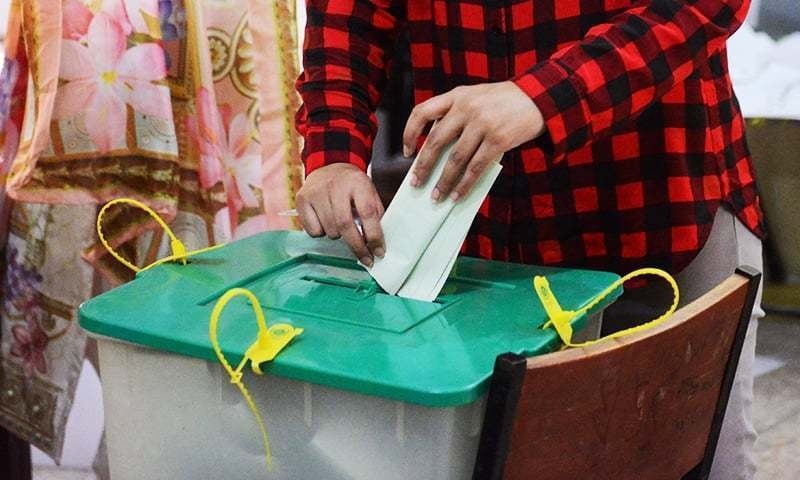 Despite securing the most seats at the national level in the recent cantonment boards’ elections, Prime Minister Imran Khan’s Pakistan Tehreek-i-Insaf (PTI) is smarting. The reason is obvious. It was soundly trounced by archival Pakistan Muslim League-Nawaz (PML-N)  in the 18 cantonment boards of Pakistan’s most populous Punjab province.

On the other hand, the Pakistan Muslim League-Nawaz (PML-N), which remained runners up in the polls overall, is jubilant and upbeat as it has managed to maintain its electoral supremacy in its stronghold Punjab despite being on the opposition benches in the provincial assembly.

Over 1,500 candidates contested the party-based elections in 206 general seats of the country’s 39 cantonment boards on 12 September 2021, the first large-scale electoral contest at the grassroots level between the arch-rivals since the 2018 general elections. All the country’s major political parties had fielded their candidate, but participated without forming any alliance.

Upset over the unexpected development, Prime Minister Imran Khan while presiding over an emergency meeting of the party’s senior leaders two days after the polls in the garrisons reportedly expressed his annoyance over the party’s defeat in the Punjab, especially in three major stations – Rawalpindi, Lahore and Multan.

Besides, the cricketer-turned-politician also showed his displeasure over losing the polls in Peshawar, though the party had swept the polls in Khyber Pakhtunkhwa where it had been ruling for past more than eight years.

According to Federal Minister for Information and Broadcasting Fawad Chaudhry, who was present in the meeting, Imran Khan expressed “satisfaction” on overall victory of the PTI, but he tasked party’s chief organiser Saifullah Niazi and secretary general Amir Mehmood Kiani to analyse the results in the Punjab province.

On the other hand, PML-N leadership seems to be satisfied with the party’s overall performance, though the party showed dismal performance in other parts of the country and it had not fielded even a single candidate in Balochistan.

However, there are reports that party’s supreme leader Nawaz Sharif is unhappy over the party’s performance in Gujranwala division and he has already ordered a probe into the matter.

His daughter and party’s vice-president Maryam Nawaz through her social media account on Twitter termed the party’s victory “unprecedented” because, according to her, it has come at a time when the party is facing worst persecution and political victimisation at the hands of the PTI-led coalition government.

With party workers led by Khawaja Saad Rafique were celebrating the victory in Lahore, Maryam Nawaz tweeted: “Unprecedented that despite being the prime target & enemy no 1, PMLN doing exceedingly well Masha’Allah. Better than all including PTI that never contests on its electoral strength & relies solely on scrounged support. Future is PMLN Insha’Allah!”PML-N President and Opposition Leader in the National Assembly Shahbaz Sharif reportedly stated that the party’s victory in the cantonment board elections “meant the end of PTI’s politics.”

Addressing a convention of the party activists in Sialkot, Mr Sharif was carried away by his emptions when he said the majority of the Punjab had voted for his party, although the total number of registered voters in all the 42 cantonment boards of the country is only 2.1 million.

“The PTI died at its birthplace”, Mr Sharif said while indirectly hitting out at the ruling party as the opposition always alleges that the PTI has acquired power through the backing of the military establishment.

The results of these elections surprised many seasoned political analysts as well who had been predicting the PTI’s victory in the Punjab for being the ruling party. Pakistan has a long tradition of the ruling party winning local government elections including cantt board polls.

The notion got further validation from the results of the elections of the legislative bodies in Gilgit-Baltistan and Azad Kashmir held in February and July, respectively, and held true in Khyber Pakhtunkhwa in the cantt board elections.

Some analysts believe that the “establishment” under a planned strategy provided an open field to the parties to assess their electoral strength in this the last major electoral exercise before the next general elections.

Surprisingly, no party cried foul in the elections and even the losers have accepted the defeat and the results with an open heart. Shahbaz Sharif declared that “there is no denying the fact that the cantonment board elections took place without any interference” and he also expressed the hope that the next general elections would also be held in a similar transparent manner.

The complete results of the cantonment boards’ elections show that the PTI and the PML-N remained victorious in nearly 58 per cent wards of 39 cantonments where polling was held. The PTI is at the top of the list with 63 seats, followed by the PML-N with 59 seats.

The independents have won 51 seats, 12 more than the combined winning seats of five other political parties, including the Pakistan Peoples Party (PPP) which won 17 general seats – 14 in Sindh and three in Khyber Pakhtunkhwa.

The Jamaat-i-Islami managed to bag seven seats – two in Punjab and five in Sindh. The PTI is the only party which secured victories in all the four provinces.

The Muttahida Qaumi Movement bagged 10 seats (all in Sindh), the Balochistan Awami Party won three seats (all in Balochistan), and the Awami National Party (ANP) remained victorious in two wards of KP.

The religious parties once again failed to make any impact as, except the JI getting some seats, the other religious parties, including the Jamiat Ulema-i-Islam (JUI-F) and the banned Tehreek Labbaik Pakistan (TLP), failed to win even a single seat despite fielding candidates in a good number.

The TLP, which was banned by the government under the Anti-Terrorism Act some five months back, had surprised many by fielding 84 candidates in 17 cantonments in three provinces.

According to Fawad Chaudhry, the TLP contested the elections because the Punjab government had not yet moved the case to the Supreme Court for delisting of the TLP as a political party as required under the law.

The government had slapped the ban on the TLP under the Anti-Terrorism Act on 15 April after three days of countrywide violent protests by its activists after the arrest of their leader Saad Rizvi in Lahore.

The protest call had been given by the TLP leadership over what it claimed government’s failure to implement an agreement with the party, which had demanded that the matter of French ambassador’s expulsion from Pakistan over the blasphemy issue be referred to the parliament.

Some two weeks prior to the polls, a PTI letter to the Election Commission of Pakistan (ECP) asking it to deploy troops inside and outside the polling stations generated a controversy. The PPP while opposing the PTI’s request for the army deployment said the experience of 2018 general elections was “one time too many”.

Similarly, the PML-N while objecting to the move said the government wanted to make the elections controversial. Later, the ECP rejected the PTI’s request and conducted the elections by deploying Rangers and FC personnel outside the polling stations.

The cantonment board elections were the fifth major electoral exercise the nation witnessed this year amid Coronavirus pandemic. In February, by-elections were held on seven national and provincial assembly seats. The same month elections in Gilgit-Baltistan were conducted, followed by the Senate polls in March though they were not direct elections, whereas people of Azad Kashmir elected their representatives in July.

The electronic and print media gave extensive coverage to the elections which in the past had never got such public attention. The Free and Fair Election Network (FAFEN) also observed the cantt board elections for the first time.

There are 219 wards in 42 cantonment boards all over the country, but no polling was held in any of the nine wards of Kamra, Cherat and Murree Gallies cantonments where either the candidates have been elected unopposed or polling has been postponed. In Kamra, all the candidates boycotted the elections in protest against the delimitation of their wards.