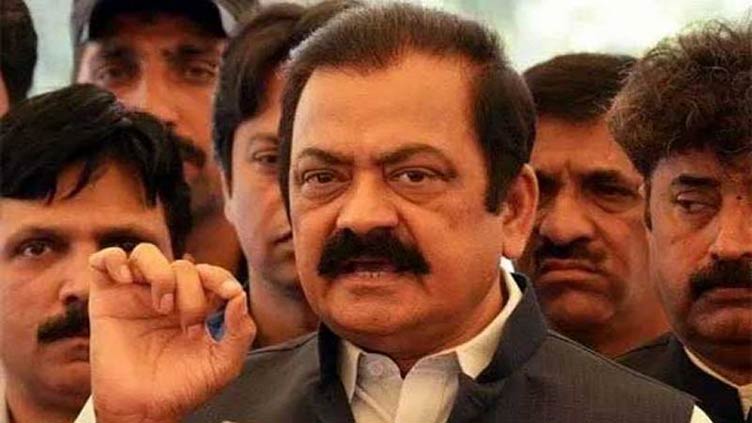 Interior Minister Rana Sanaullah said on Friday that the party has begun preparations for welcoming former premier Nawaz Sharif. He said this at a press conference in Lahore alongside Punjab Information Secretary Azma Bokhari.

Nawaz has been living in London since November 2019 after he was allowed to leave the country for medical treatment.

Earlier this week, however, Nawaz in an apparent effort to dispel the impression that the PML-N is ‘running away’ from elections in Punjab and seemingly out of legal options to forestall a possible dissolution of the provincial assembly

Last month, PTI chief Imran Khan had announced his party would disassociate itself from the “current corrupt political system” by quitting the assemblies of Khyber Pakhtunkhwa and Punjab.

Addressing today’s press conference, Sanaullah challenged the PTI chief to dissolve the Punjab Assembly, saying: “We have decided to fight and prepare for the elections.”

He said the “PML-N has taken decisions” and would meet later today to implement them.

Sanaullah further said the PML-N supremo’s return would decide the results of the election in Punjab and predicted that the PTI would face defeat. “We are democratic people and are in favour of letting assemblies complete their tenure. But we are not afraid of PTI’s harmless threats.”

“The committees will consist of senior PML N parliamentarians. They will meet the sitting MPAs and candidates interested in contesting the election. They will visit every constituency and finalise two candidates from each constituency within two weeks.”

The committees will then forward there recommendations after which the party would make a decision, he said.

The interior minister went on to say that he was privy to information which suggested Punjab Chief Minister Chaudhry Pervez Elahi — who is in power in the province due the PTI’s support — was not in favour of dissolving the assembly.