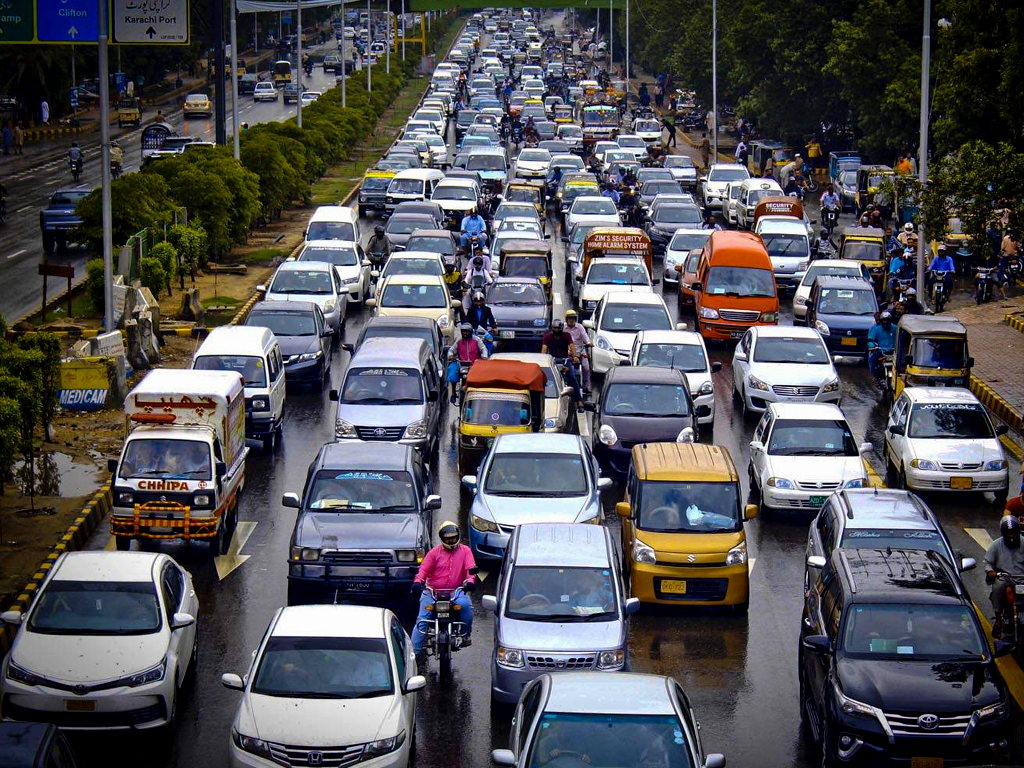 Traveling is an indispensable part of urban life. Thousands of people travel daily on roads. Consequently, the occurrences of road accidents are witnessed. According to the estimates of World Health Organization published in 2018, the number of deaths occurred due to road accidents were 30,046, while 50,000 of the people who meet accidents end up experiencing disability for the rest of their life. This adds to the emotional trauma and to the depression of the people who lose their loved ones. When the breadwinners lose their lives to road accidents, the families left behind experience social and economic dependency. Behind every accident, there is a story of a mother or a father, a son or a daughter, a friend, or a colleague whose life transforms in an instant. The grieving families have no option but to bear the agony for the rest of their lives.

The lives lost in road crashes are not just a loss of human capital but it is also a huge burden on Pakistan’s economy. Through road crashes alone, Pakistan loses about 9 billion dollars annually which is approximately 1400 billion rupees, a report in 2018 by the Ministry of Communications stated. This amount of money is utilized in treating post-accident treatments such as vehicle repair, medical treatment of the injured, repair of the other damages caused by accidents. 9 billion dollars is a big figure which is actually more than our national defense budget. This is the amount of money we waste due to road traffic accidents alone. On the contrary, the ratio of deaths due to road traffic accidents (RTAs) in high-income countries is low, which is not the case in developing countries. A country like Pakistan which is a struggling economy, cannot endure such enormous economic losses. We can actually save the amount we lose in this unfortunate way and put it to better use.

Before placing the blame on the government, let’s discuss commuters’ practice and knowledge about traffic rules and regulations. According to a report by the Center for Disease Control and Prevention USA, fastening seat belts reduces the risk of death by 45% and cuts the risk of serious injury by 50%. While people of Pakistan remain ignorant of its importance and keep violating the law and risk their own and others’ lives. Research conducted by Arshad Ahmed Klair in 2014 found that the use of seatbelts is only 20% on average. While 53% of those who fasten seatbelts use them on motorways and only 5% use seatbelts on rural roads. The major reasons for doing so are unawareness of the law/usefulness, seat belt not fitted, discomfort, forgetfulness, low speed, and careless attitude. This not only points at the lacunas in the enforcement of laws but also at the disinclination of road users who are responsible for their own conduct. It’s about time that we take responsibility and play our role in the responsible use of roads.

It is not just the citizens who are lagging behind in practic- ing laws but the government of Pakistan also needs to improve their policies on road safety laws. For instance, in case of law for using seatbelts while driving, the current law

mandates seatbelt wearing by the driver only and not the passenger. Part II Section (v) of the 8th Schedule to the National Highways Safety Ordinance states that a driver shall not drive a vehicle without seatbelts fitted. Similarly, Section 89-B (1) of the PMVO states that a person driving a motor car, motor cab, light or heavy transport vehicle must have a fastened seatbelt. The penalty for a driver detected not wearing a seat belt is a mere 300 rupee fine. Although, current law only requires drivers to wear a seat belt, during a crash or sudden harsh braking event the use of seat belts by front and rear-seat passengers directly affects the level of injury to themselves, to other passengers, and to the driver. An unrestrained passenger poses a serious threat to any restrained person. Front and rear-seat passengers who use seat belts not only reduce the likelihood and severity of injury to themselves, but also to others traveling in the vehicle. This situation calls for a revision in seatbelt laws in Pakistan and enforcement of those laws to raise the use by commuters.

Another highly sensitive and ignored facet of road safety is the concept of child restraints. Most people in Pakistan don’t use child restraints and risk the lives of their young ones to a greater extent. Research in Karachi was conducted to gauge the attitude of people towards the use of child restraints (CRs). The results revealed that although 79.2% of participants had some knowledge about CRs, only 22% had CRs in their cars. 38.7% of participants got knowledge about CRs and seat belts from media. Among them, mothers were more concerned about the use of CRs than fathers. Only 6.6% of parents used both adult and child seat belts all the time. Children restraints reduce the likelihood of a fatal crash by approximately 70% and 54-80% among young children (WHO). The use of CRs is the simplest and the most effective way to save the lives of infants and young children and minimize injuries resulting from a road crash or sudden harsh braking event, a swerving evasive maneuver or a door opening during vehicle movement.

It’s about time we take responsibility and make roads safer for ourselves and for others. Let’s obey laws and save everyone.