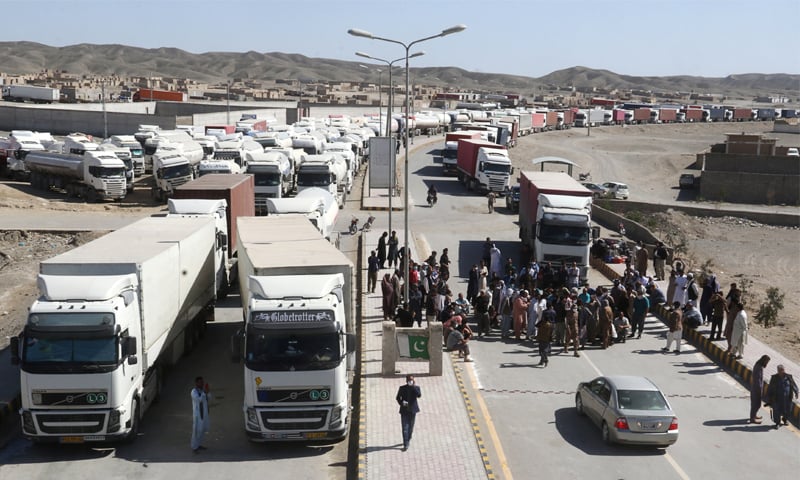 ISLAMABAD: Bilateral trade between Pakistan and Afghanistan has suddenly increased after Taliban took control of Afghanistan a few days ago. The customs officials have reported a significant increase in the number of cargo vehicles and pedestrian traffic across the border between the two countries.

On August 15, the Taliban took over Kabul and declared its rule over Afghanistan. Taliban spokesperson Zabihullah Mujahid at it’s first press conference on Tuesday said that the Taliban will continue trading with neighboring countries.

The movement of trucks across the border reached 1,123 on Wednesday (August 17) while the customs officials expect further incr­ease in trade after Muharram holidays, according to a report published by Dawn.

Officials said the trend over the past couple of days showed that the number of cargo/trucks crossing the border would increase further next week. It is reported that several pending issues regarding facilitation of trade are expected to be given priority by the Taliban-led government in Afghanistan.

“We have held several meetings with Afghan authorities since November last year for resolving these issues,” the customs official said, adding that these issues remained unresolved despite several remainders.

One of the reasons for slowdown in cargo movement, according to drivers of trucks, was that Afghan police and transport ministry officials posted on the Afghan side demanded from drivers between 10,000 and 25,000 Afghanis to let their trucks return to Pakistan.

Last week, during a meeting of the border liaison committee the trade officer of Afghanistan consulate was informed that more than 2,000 empty vehicles/containers had been stuck on the Afghan side.