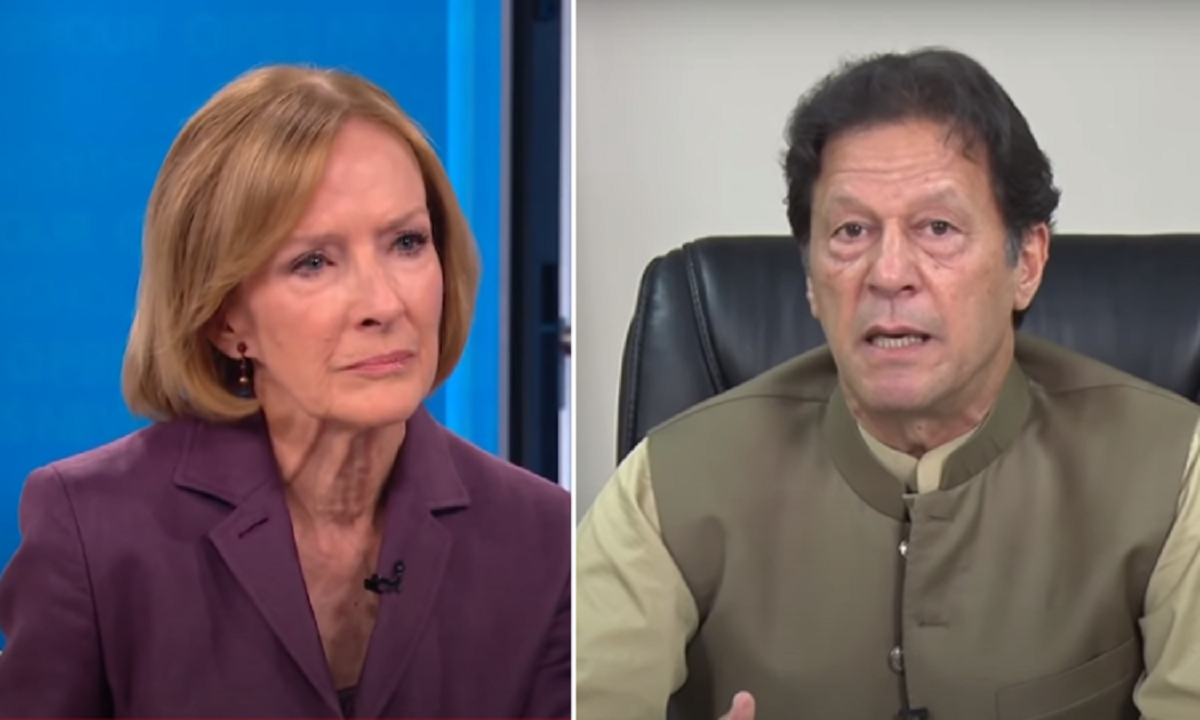 Another Prime Minister Imran Khan interview, another journalist asking him about his controversial remarks on rape which drew wide criticism.

Not once, but twice this year, the prime minister of this country articulated deeply problematic views about rape.

The second time, he made it worse.

This time, however, he got it right and said that never, ever is the victim to be blamed.

“Anyone who commits rape, solely and solely, that person is responsible. So let’s be clear about that,” said the premier during his appearance on PBS NewsHour.

“No matter whatever — how much ever a woman is provocative or whatever she wears, the person who commits rape, he is fully responsible. Never is the victim responsible.”

Finally. But we hope that in the next interview, the word provocative will be omitted completely.

Imran Khan’s most recent comments came in reply to a question by journalist Judy Woodruff who asked him about these earlier views and if he believes women bear a large part of the responsibility for the rise in the number of rape cases in Pakistan.

“My comments were completely taken out of context. They were simply talking about Pakistan society, where we are having a rise, a sharp rise in sex crimes. And sex crime does not include just women. More than rape is child abuse, which is going through the roof.

“So my comments were in that context. And it was — I used the word purdah. In Islam, purdah does not mean just clothes. And purdah is not restricted to women only, but that is for men as well. It means bringing the temptation down in society.”

He went on to say that his remarks were taken out of context deliberately. “Never would I say such a stupid thing where a person who’s raped is responsible for somehow — it’s always the rapist that is responsible.”

Woodruff then asked if the importance in Pakistan of Islam complicates his ability to do something, to take a stronger stand against violence against women. To this, the premier said absolutely not.

“Islam gives dignity, respect to women. In fact, let me say, having traveled all over the world, I find that, in Muslim countries, in Pakistan, even in other Muslim countries I have seen, women having — far more treated with respect and given more dignity.

“You have odd cases everywhere in the world, but you look at the situation in Pakistan even now, I mean, look at the rape cases here. Compare it to Western countries. They are minuscule compared to them.

“Yes, we have our issues. We have some cultural problems. Every nation has that. But that comes with cultural evolution, with education. But, as far as a woman’s dignity goes, respect, I can say, after going all over the world, this society gives more respect and dignity to women.”

Here, we have something to say to our prime minister (yes, again).

What is happening in Pakistan are not “odd cases” — cases of violence against children and women are rampant in our country. They are reported daily in Pakistan and not even those present the full picture because so many go unreported because of fear, stigma, and difficult legal processes.

Only when we fully recognize that Pakistan has a very real and recurring problem of violence against women, the deep-rooted issues which have led to such a sorry state of affairs, and the factors which continue to enable men to carry out such horrendous acts, will we be able to do something about it.