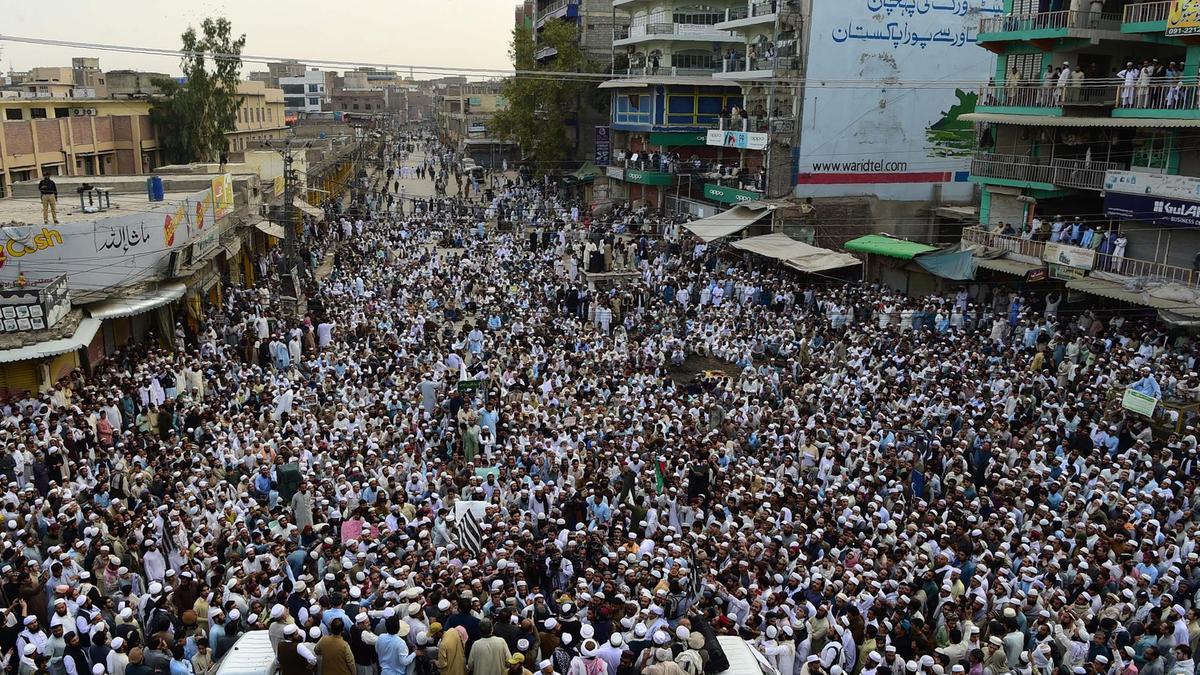 It was the location of the incident that made it big news. It was not Burkina Faso or some godforsaken boondocks of civilization: it was the United State of America, the paragon of liberal democracy, the only superpower on the face of the planet. For banana republics all around the globe, it was a great day as Donald Trump supporters staged an insurrection at the US Capitol building in Washington DC, storming the House and Senate, clashing with armed police resulting in four deaths. ‘Americans are just like us,’ was the feeling that day among billions of citizens of poor and unstable third world states, many of whom consider the US responsible for most of their ills.

It was the worst security breach in US history, much worse than the attacks on Kamra airbase Karachi or GHQ in Rawalpindi. We, in fact, defended our parliament building much better when some zealots incited by the 2014 dharna leaders, attacked the ‘citadel of corruption.’ Those ‘patriots’ believed that their election had been stolen. Trump also told his supporters that ‘they had won’ and urged them to storm the Capitol to reverse his defeat and ‘Make America Great Again’. Uncanny resemblance!

Washington DC and Quetta had almost the same freezing temperatures last week, but that couldn’t deter protesters in both the cities. The visuals emerging from the two cities were shameful, but Quetta’s scene was much uglier. Ten Hazara mineworkers were killed in the Much Mayhem but that didn’t surprise many as hundreds of them have been killed during the last decade in attacks, including bombings in schools. Hazara’s are Shias, look like Chinese, have origins in Mongolia. (We are deeply in love with the Chinese but not Hazaras, perhaps because the Chinese are communists and not Shias)

Anyway, the Hazara community refused to bury their dead and a long sit-in of thousands ensued. Courtesy the freezing temperatures, the bodies didn’t putrefy. Quetta became one big mortuary, so to speak, with the temperature lower than that of a morgue. The Hazara community wanted the prime minister to come to Quetta and listen to their demands and ensure an end to decades-long persecution of their community, but the PM thought he was being ‘blackmailed’ and refused to visit the ‘morgue’. He wanted deceased be buried immediately then he would visit Quetta and listen to grievances of Hazara. Immunity.

The PM is certainly a busy man looking after a myriad of issues of governance. During the Quetta sit-in, he has been particularly busy. On the first day of dharna he headed a meeting of his media handlers, discussing in detail various ways of countering the misleading propaganda of the PDM leadership and concluding that the opposition must be fiercely confronted. The next day he met the Turkish team of Ertugrul wherein it was decided that a tv play on a famous character of Caliphate Movement ‘Turk Lala’ would be produced to further cement the Pak-Turk friendship, and save our new generation from following the Western culture. Then there was a meeting on the unprecedented price-hike which the PM thought was artificial and a conspiracy against his government. The meetings continued. The sit-in went on.

The skyrocketing prices remind one of Fateh II, a guided rocket with 140 kilometer range that Pakistan successfully experimented the other day. ‘It will strengthen our defence,’ said the prime minis- ter. Meanwhile, in the world passport index the position of our passport plummeted to 107th position. One can only wish that one day Pakistani passport will fly high like its missiles.

Let’s move from the missiles to the bullets that riddled the body of an innocent 22 years old boy Osama Nadeem Satti in Islamabad. His body had 17 bullet wounds. His crime was that he didn’t stop his car when the police asked him to. So he was killed. Yes, that’s the official version. Osama’s father in a press conference asked the Supreme Court to take suo moto action on his son’s brutal murder the way it took suo moto on the issue of Karachi drainage system. In its infinite wisdom, however, the Supreme Court decided to prefer the sewers.

In this article:hazara, Pakistan, Shia, US Capitol Violence, USA

The writer is an analyst with keen interest in politics.