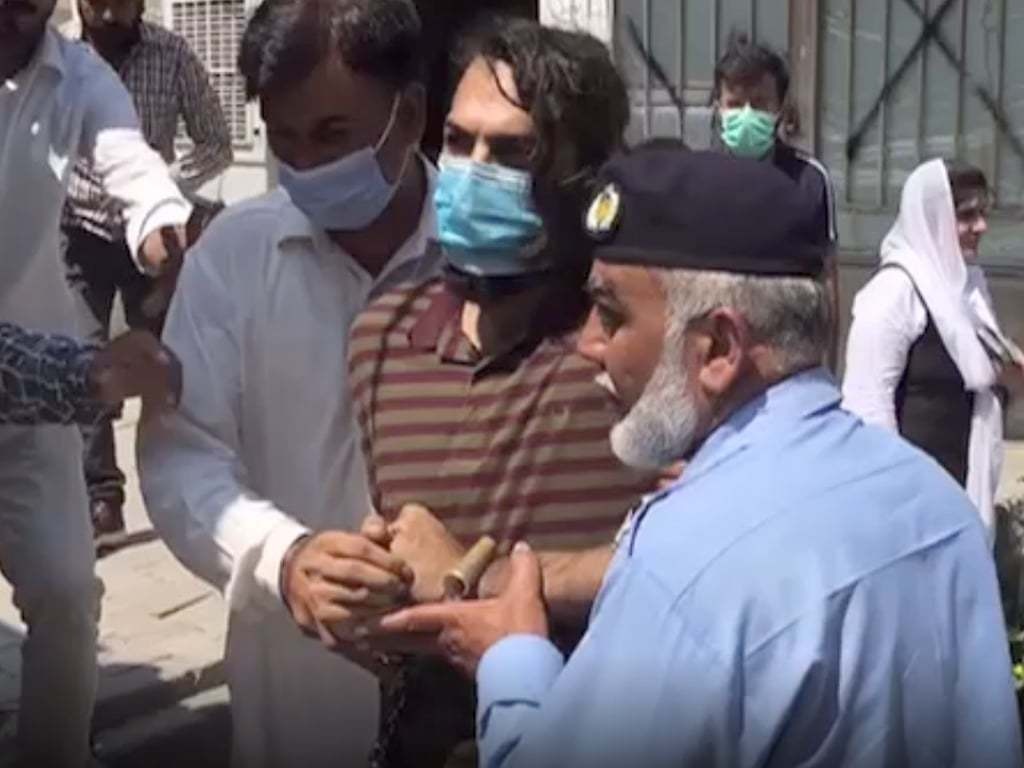 ISLAMABAD: Families of Jaffers and Adamjee today said they will not offer any support to Zahir Zakir Jaffar who is allegedly involved in gruesome murder of Noor Mukadam, daughter of Shaukat Mukadam.

Zahir Zakir Jaffer, son of Zakir Jaffer, owner of Jaffer Brothers business group not only tortured Noor Mukadam with knife, kicks, punches and knuckleduster, but beheaded her just because she had refused to marry him.

Zahir is currently in police custody and charged with Noor Mukadam’s murder. He has confessed the killing of Noor Mukadam during police investigation.

In a statement issued today, the Jaffers and Adamjee families extended their deepest condolences to the family and loved ones of Noor Mukadam. “We pray her soul rests in eternal peace. We know that no amount of time will bring back the joy you have lost nor ease your pain,” statement added.

“Our shock and grief at this horrific act has led to a prolonged silence that we regret. However, we categorically condemn this atrocity and forever denounce Zahir Zakir Jaffer and his actions,” it added.

Jaffer Brothers and Adamjee are two renowned business giants whose business interests range from pharmaceuticals to textile. Father of Zahir Zakir Jaffer is among the owners of Jaffer Brothers while his mother belongs to Adamjee family.

“We would like to extend our deepest condolences to her family and loved ones. This monstrous act has profoundly shocked us. We cannot begin to fathom their pain,” it reads.

“We have not and will not support Zahir Jaffer in any form. We whole-heartedly and unequivocally support the law of the land taking its course. Justice for Noor must and will be served.”

The statement also included prayers for Amjad who was a first responder at the scene, and was then allegedly attacked by Zahir.

“Our prayers also go out to Amjad sahib, a first responder to the scene who was attacked,” the statement added.

Islamabad police have arrested the parents and household staff of the key suspect Zahir Jaffer for concealing evidence and being complicit in the gory murder of Noor Mukadam. In a statement, a police spokesman said that several people including Zahir’s father Zakir Jaffer, mother Asmat Adamjee, and household staff Iftikhar and Jameel, have been rounded up and were included in the investigation based on the statement of the victim’s father.