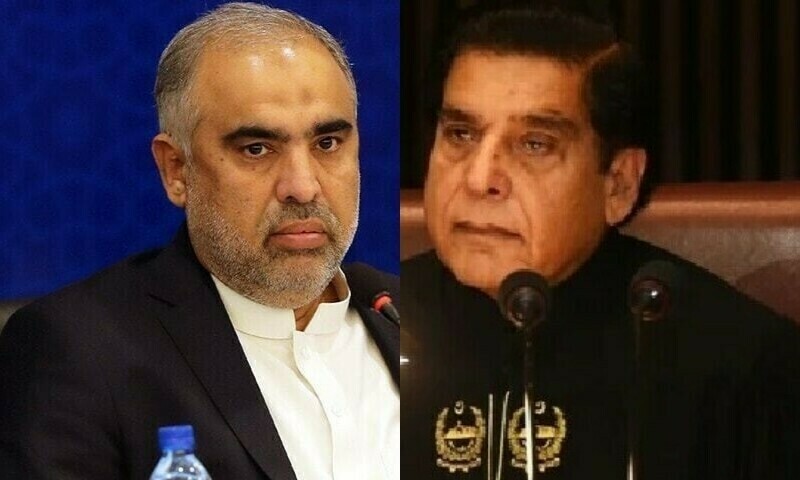 Islamabad: Former Speaker Asad Qaiser says that incumbent Speaker National Assembly NA Raja Pervaiz Ashraf had committed a “great injustice with his office” by accepting the resignations of 34 PTI lawmakers. Whatever he has done will be a dirty stain in our assembly’s history.” Qaiser made these remarks during an interview on Geo News show Capital Talk.

Qaiser noted that the NA speaker had recently told a PTI Delegation that the party’s lawmakers would be summoned individually for verification of their resignations. He shared that Speaker also urged them to return to parliament.

The move came as a surprise for the PTI as well as political experts. It is because two weeks earlier, the Speaker had stated that the resignations would only be accepted once the lawmakers appeared in person for verification.

He said that PTI had demanded that all of its resignations be accepted in one go. He questioned why “piecemeal” acceptance was taking place. “Basically they do politics and try to tease us. And what is the impact? The stock market has crashed.”

“When you occupy a constitutional position, then you should make decisions keeping in mind the law and the Constitution. You have to act in accordance with the law [rather] than fulfilling the wishes of political people.”

Former Speaker NA Asad Qaiser also asked, “Did he (the incumbent Speaker NA) complete that process? What he has done is totally illegal and unconstitutional.”

He also alleged that the speaker accepted the resignations on the orders of PPP co-chairperson Asif Ali Zardari. Earlier, PTI had resigned en masse from NA in April last year following the ouster of Imran Khan as PM.

In an apparent bid to scuttle PTI’s purported plan to bring a confidence motion agai­nst PM Shehbaz Sha­rif, Speaker NA on Tuesday accep­ted the resignations of 34 PTI lawmakers. The resignation of Awami Muslim League chief Sheikh Rashid was also among those accepted. This resulted in their de-notification by the electoral Eection Commission.

He said that the move had benefitted the party as the by-election would take place alongside provincial polls. “The cards they are playing are turning against them and benefitting the PTI.”

He said that PTI Chairman Imran Khan would contest the polls on all the seats vacated in the NA. He asserted that the government had “facilitated” in disguise as Imran’s name would be plastered everywhere while campaigning”.