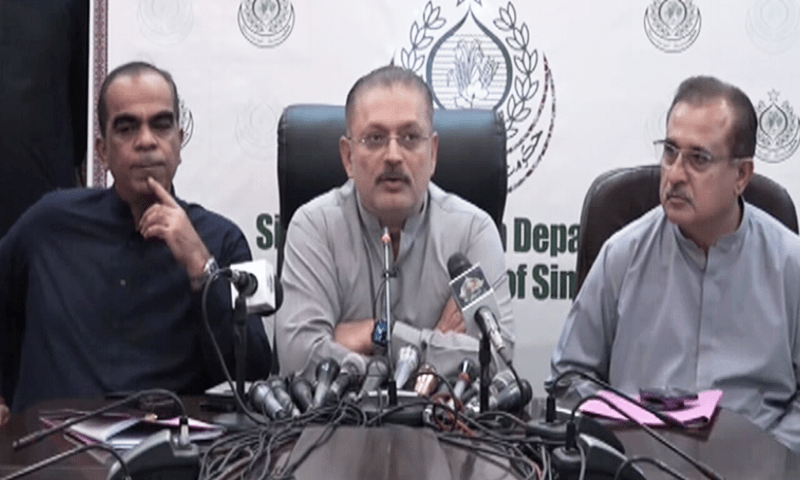 Karachi: Addressing a press conference in Karachi, Sindh Information Minister Sharjeel Memon on Friday said the 178 children “staying with their mothers in the jails are not under arrest. While there are 129 Afghan female illegal immigrants jailed in. The children were kept as ‘inmates and not as prisoners.’

He insisted that the minors were not under arrest. The minister was responding to the criticism mounted over of a photograph of minors behind bars. The pictures went viral on social media recently.

Memon insisted that the viral picture was not from any jail in Sindh. Emphasizing, he said, Sindh doesn’t have any jail where the picture was taken.” He further said that “the law states that if any child is under the age of seven years, they may be allowed to stay with their mother in jail. Where will the children go when their father is also in jail?”

The media talk comes after a picture of jailed children, smiling behind bars went viral over social media yesterday, triggering fury from activists and politicians. “No child is in jail because of the government. Whenever they are arrested, the FIA (Federal Investigation Agency) takes them to the court.”

“If a person lives illegally in any country, the government takes action and deals with them according to the law,” Memon said, adding that Nigerian and Bangladeshi illegal immigrants were also imprisoned throughout the country’s jails.

He said out of the 129 arrested females, 75 were under trial prisoners whereas 54 were convicted for two months.

“Their conviction will end in January,” Memon said. Nobody has been awarded a jail sentence of more than two months. The minister added that the 54 females will be deported from the country after their release along with their children following the directions of the federal government.

During the press conference, the minister also showed a video of a woman jail in Karachi where children can be seen reading books and playing at a Montessori school located inside the prison.

“They study, they are provided food and medical facilities,” Memon said. “We give open access to the media and they can visit these children with the DIG.