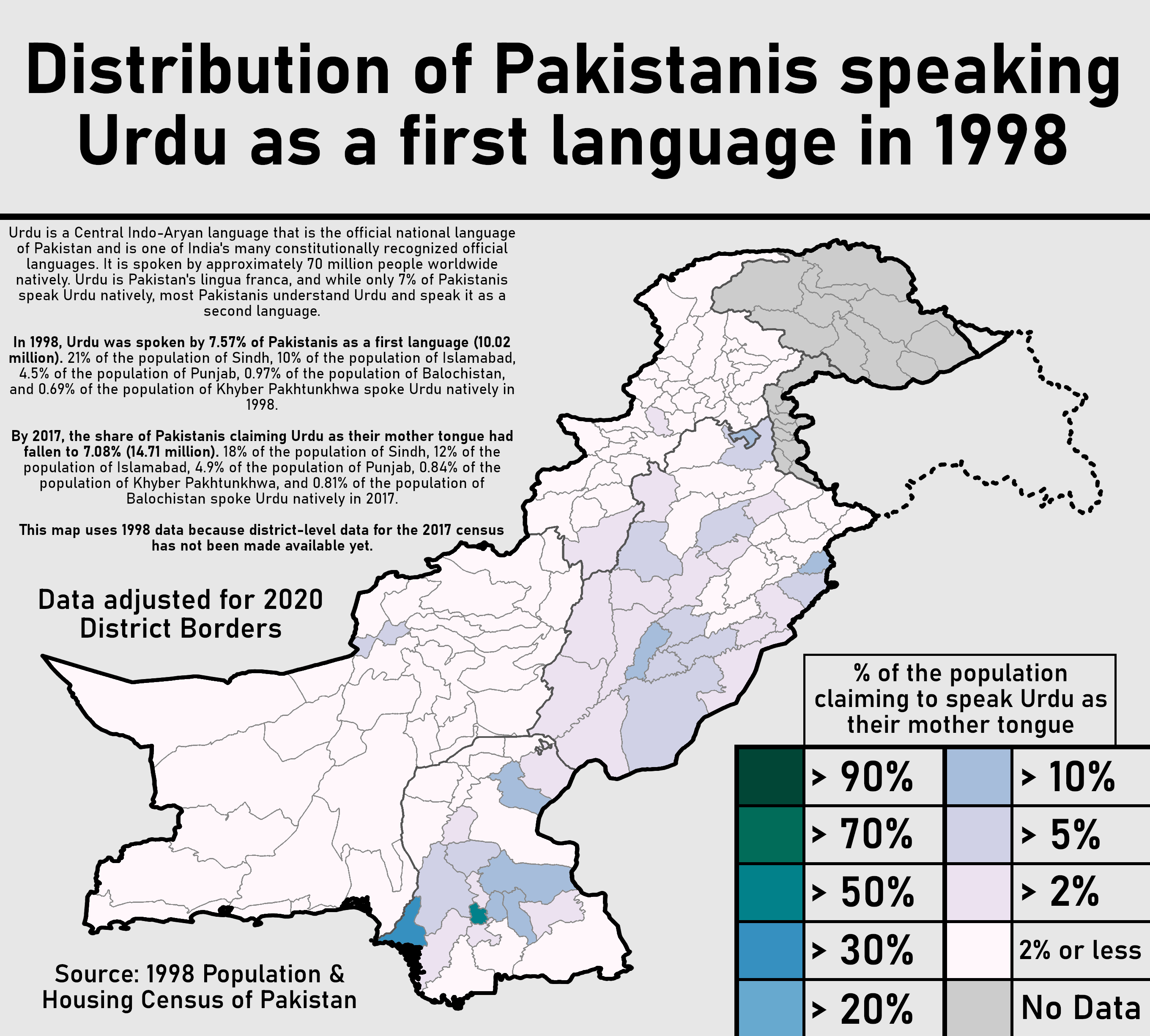 The percentage of Urdu-speaking population has been decreasing with an influx of people speaking other languages in Karachi, according to Pakistan’s 2017 census results which were released recently.

The Pakistan Bureau of Statistics (PBS) recently released the final results of the sixth Population and Housing Census 2017, which is considered ‘flawed’ by several political parties and experts and the federal government.

Karachi is linguistically diverse, but has always considered to be predominantly inhabited by Urdu-speaking people.

But over the last four decades, demographic changes mainly caused by migration have slowly been changing the numbers of various ethnic communities living in the city. The decrease in the ratio of the Urdu and Punjabi-speaking populace in Karachi has been a result of the increase in Pashto, Sindhi and Saraiki-speaking people, the publication said.

The census results showed that Sindh’s capital is the most populated city of Pakistan, with a total population of 16,024,894, after the addition of over 6 million people since 1998.

The results include languages of Urdu, Punjabi, Pashto, Sindhi, Balochi, Kashmiri, Saraiki, Hindko, and Brahvi. Other languages spoken in Karachi, including Gujarati, Marwari and Bengali, are included in the ‘others’ section.

The publication highlighted some key findings from census results relating to the mother tongue of Karachi’s residents.

The ratio of Urdu-speaking people saw a stead decline over the last four decades, the census showed. This previously constituted more than half of the city’s population.

An increase in the percentage of the Pashto-speaking population in Karachi was seen in the census.

Hindko, mostly spoken in Khyber Pakhtunkhwa’s Hazara division and urban centres of Peshawar and Kohat, has been added as a separate language. In Karachi, the Hindko-speaking population is 679,539, which forms 4.24% of the metropolis’s total population.

Just like Pashto and Hindko, the Balochi category in the 2017 census was split into two categories of Balochi and Brahvi. The census data reveals that as many as 96,120 people in Karachi are Brahvi-speaking.

There are 63,784 people in Karachi, according to the 2017 census results, who say Kashmiri is their mother tongue. The Kashmiri-speaking people comprise 0.39% of the total population.

The census also shows that 1,123,790 people, who are 7.02% of Karachi’s population, speak languages other than those mentioned above.

The report does not mention which languages have been included in the ‘others’ section, but it is believed that they include languages like Gujarati, Marwari and Bengali among others.