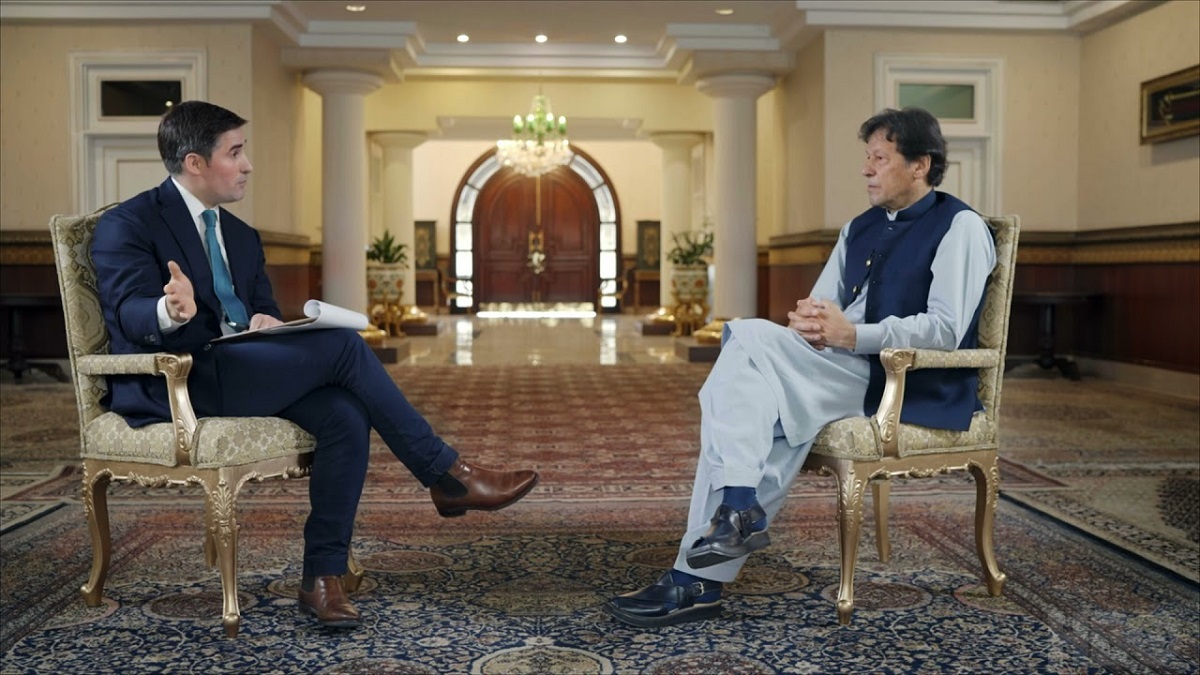 Prime Minister Imran Khan spoke about rape and “temptation” in a recent interview with Jonathan Swan for Axios and no one is happy with what he said.

For clarity’s sake, here a transcript of the part of his interview that concerns rape.

JS: You were asked about the epidemic of sexual violence and rape in Pakistan and you acknowledged the seriousness of the problem and you spoke about Pakistan’s strict laws. You were also quoted as saying that the practice of women wearing veils “is to stop temptation not every man has willpower”. You said on increasing vulgarity, it will have consequences and you were accused of rape victim blaming. How do you respond to that?

IK: It is such nonsense. I never said veils, this was never said. I said the concept of purdah and the concept of purdah is to avoid temptation in society. We don’t have discos here, we don’t have nightclubs, so it is a completely different society, way of life here, so if you raise temptation in society to the point and all these young guys have nowhere to go, it has consequences in the society.

JS: Do you think what women wear has any effect? That this is part of that temptation?

JS: But will it really provoke acts of sexual violence?

IK: It depends on which society you live in. If in a society where people haven’t seen that sort of thing, it will have an impact on them. If you grow up in a society like you, maybe it won’t on you. This cultural imperialism, whatever is in our culture, must be acceptable to everyone else, it’s not.

JS: Forgive me, when you were a cricket star, you were seen as a playboy, there were photos of you with your shirts off in your bedroom.

IK: This is not about me.

IK: It’s about my society. My priority is how my society behaves, what reactions are caused in my society. So when I see sex crimes going through the roof, we sit down and discuss how we are going to tackle this. It is having an impact in my society.

PM Imran has been under fire for his views on rape previously as well, and as a result, has come to be viewed as a rape apologist and misogynist. His recent comments have added fuel to the already raging fire and Twitter has erupted in criticism.

Mosharraf Zaidi spelled it out for everyone

Journalist Gharidah Farooqi described her reaction to the premier’s words as “disgusted,” “appalled” and “outraged.”

Journalist Shahmir Sanni didn’t see the PM’s justification as legit. “Nearly every woman that has been raped in Pakistan has worn what he would prescribe as modest clothing,” he wrote.

So, what is the country saying about the PM?

That perhaps he doesn’t understand what cultural imperialism is.

Unfortunately, this isn’t the first time the premier has said something problematic and it likely won’t be the last. What we have learned though is that he doesn’t seem to listen to public outcry much.

In this article:Imran Khan, Jonathan Swan