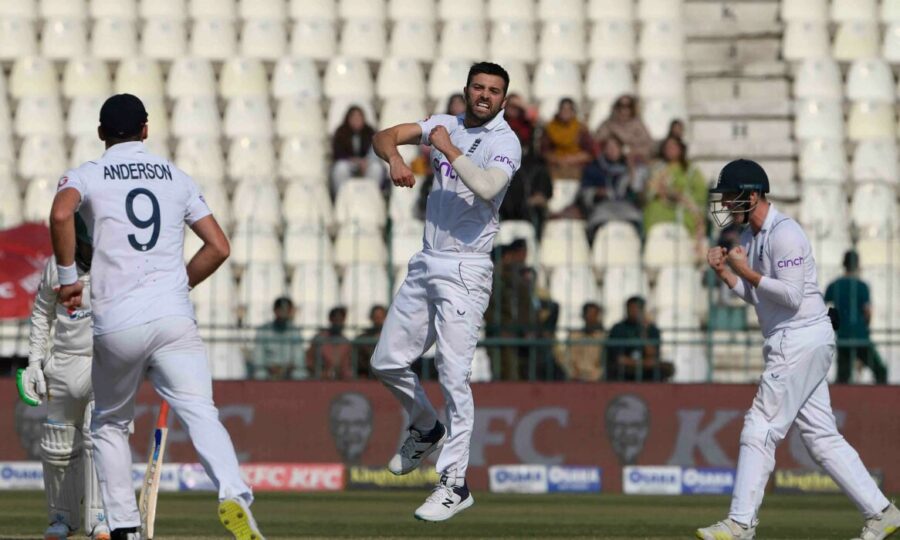 Multan: England dismissed Pakistan for 328 on Monday to win the second Test by 26 runs in Multan, taking an unbeatable 2-0 lead in the three-match series.

Pakistan, who resumed the fourth day on 198-4, looked set for victory at one point but fast bowler Mark Wood led England’s fightback by removing Mohammad Nawaz for 45 and Saud Shakeel for 94.

Ollie Robinson dismissed the last batter, Mohammad Ali, for nought some 50 minutes after lunch to spark celebrations among the England players. Wood finished with 4-65.

England, on their first Test tour of Pakistan for 17 years, won the first Test by 74 runs in Rawalpindi.

The third and final Test begins in Karachi on Saturday.

England were frustrated by an 80-run sixth-wicket stand between Saud Shakeel (94) and Mohammad Nawaz (45) as the duo survived a second new ball taken after 80 overs.