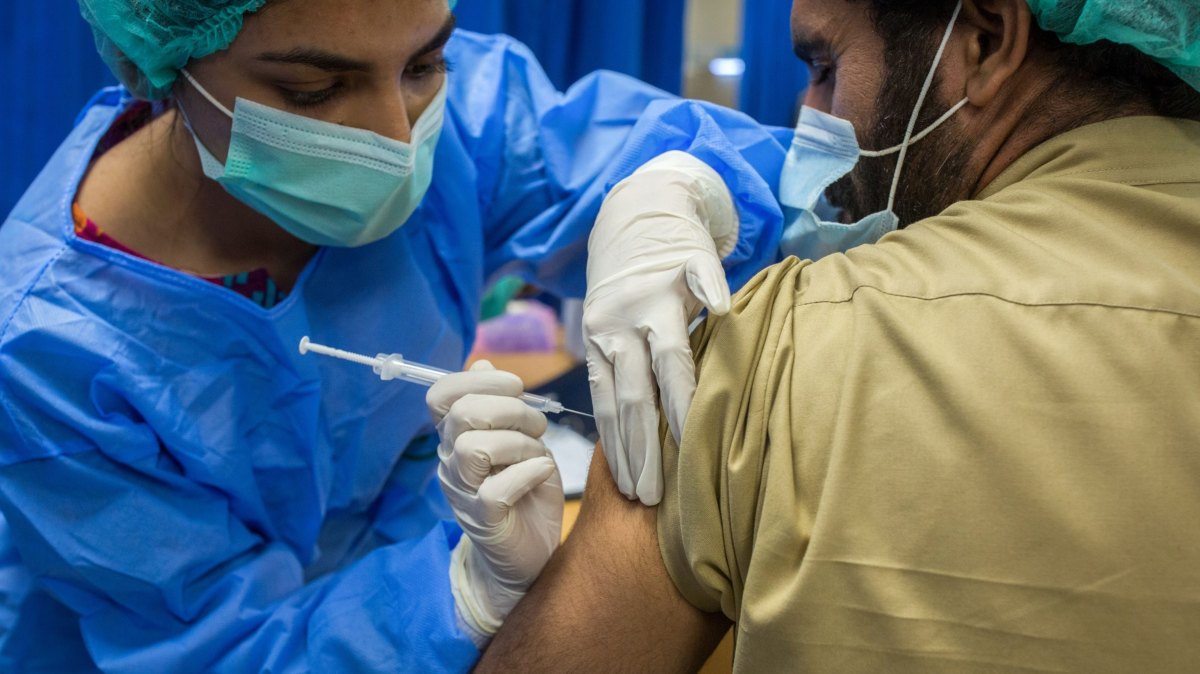 A health worker administers a dose of the Sinopharm Group Co. Covid-19 vaccine to a colleague in Karachi, on Feb. 3.

Sharing an update on Twitter, Federal Minister for Planning, Development and Special Initiatives Asad Umar on Tuesday said that over 150,000 people were vaccinated in a day for the first time in Pakistan a day earlier.

On Monday, the federal minister said that more than 164,000 people were vaccinated against coronavirus.

“Yesterday, for the first time, the number of single-day vaccinations exceeded one and a half million. A total of more than 164,000 people were vaccinated.”

The minister also said that Monday was the first-day vaccination started for people who are 40 or more across Pakistan.

Currently, Pakistan is vaccinating people who are 40 plus and healthcare workers with Chinese vaccines.

Furthermore, a digital portal has been launched by the federal government for the registration through which a code is assigned to the person and then they can go to a designated vaccination center and get a jab.

On April 29, the minister had previously announced that over 100,000 people had been vaccinated across Pakistan, for the second consecutive day.