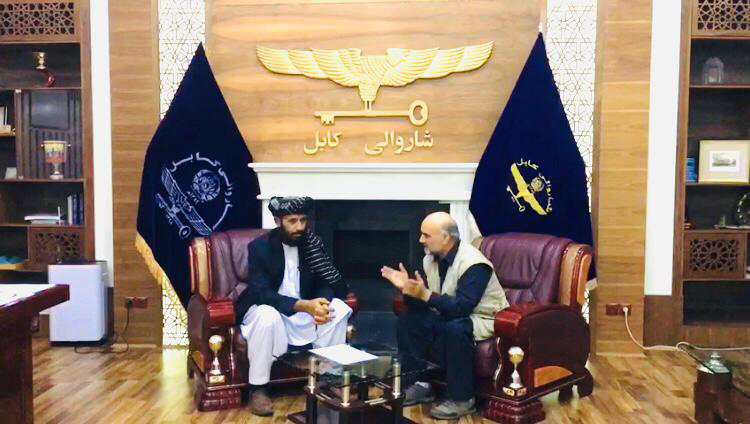 Afghanistan’s Taliban regime has retained the 10,000 or so municipal employees it inherited from Dr Ashraf Ghani’s regime, says Hamdullah Nomani (HN), the acting mayor of the capital appointed by the new government.

Nomani was the Mayor of Kabul under the groups’ first stint in power (1996–2001). A stalwart of the puritanical militia and not one to shy away from controversy, Nomani in September ordered the city’s women civil servants to stay home, and announced the resurgent Taliban would not allow women to take up jobs that men could do.

Born in Sipayaw village of the Andar District of Ghazni Province, Nomani also served as Minister of Higher Education and member of the Taliban Supreme Council. He is among the Taliban leaders whose names were put on a UN sanctions list.

The Truth International (TTI) got an exclusive opportunity to interview Nomani.

TTI: What is the biggest challenge right now for you and your office?

HN: We do not face any specific or major challenge. Things are looking up and starting to work. But not all the departments of our government have started functioning as of yet. This is why we have had to trim some jobs.

TTI: Kabul seems to be facing a huge traffic problem. We have witnessed traffic lights missing and traffic police stretched thin. How would you tackle this issue?

HN: As I said, some jobs are to be done in collaboration with other departments, Kabul municipality works in coordination with the ministry of interior, which is yet to begin its functioning. So vis-à-vis city’s traffic, we will have to see what is our responsibility and what is theirs.

TTI: What particular measures your office plans to take with regard to the capital’s sewerage, cleanliness, lighting, etc.?

HN: We restored the civic sanitation service from day one. You know the very first department that started working after Kabul’s takeover by the Taliban was the Kabul Sharwali [municipal services]. I was named mayor of Kabul municipality three days after [the Taliban took Kabul]. We immediately focused on around six highly important areas, and one of them was the sewerage and cleanliness of the city. So work on both these areas is continuing without any difficulty.

TTI: May I know if the Kabul municipali- ty is being run by the pre-Taliban staff or if you have inducted fresh employees?

HN: No, we have not hired new staff. Kabul Sharwali is manned by the same old staff, and there were few cases of desertion, [but] we have plugged the gaps.

HN: We have 3,000 employees in our offices who are busy in clerical jobs, paper- work etc., and we have 7,000 ajeers – employees who take care of the city’s green- ery, who water plants and flowers and cater to sweeping, etc.

TTI: The city of Kabul was plagued with roadblocks. To what extent have you removed them?

HN: We have been working on the removal of these unnecessary roadblocks for about a month now, and we are removing all those that are a hindrance to common people on common roads. But those in front of embas- sies, certain departments, and important premises will stay.

TTI: Beggary is phenomenally on the rise in Kabul. We have seen little children and women begging in almost every nook and corner of the capital. Would your office also address this issue?

HN: You are very right. You see on this side we are not only confronted with beggary, specifically child beggars. There are other problems too like kidnapping for ransom. Once all departments of our government become fully operational, I am sure we would be able to address this issue.

TTI: So what other social and civic issues is your office facing right now?

HN: As I said, we would be addressing at priority the issue of displaced persons from other provinces, beggars, encroachment, drug addicts, etc., but at the moment we are dealing with traffic jams.