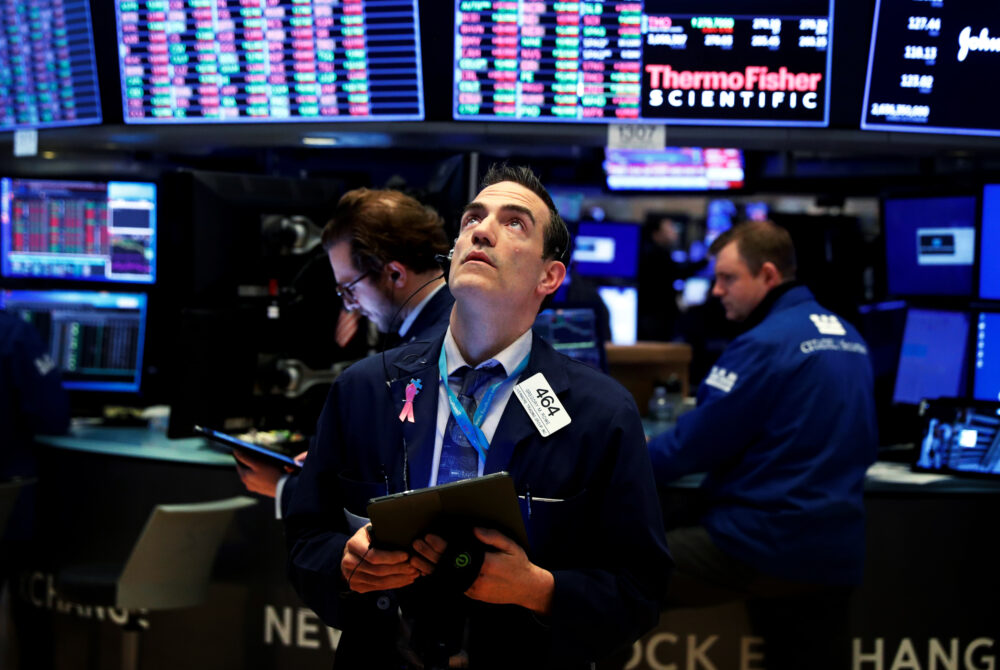 A spreadsheet released by the exchange showed 251 affected securities. Dennis Dick, a trader at Triple D Trading said “What appears to have happened is a technical glitch. Where all of my opening orders autocancelled even though some of them should have been fulfilled”.

NYSE’s Chief Operating Officer Michael Blaugrund in a statement said, “Such events are extremely rare. And we are thoroughly examining the day’s activity to assure the highest level of resilience in our systems”.

The glitch is the most recent in a series of crashes since the “flash crash” of 2010. It has impacted the stocks of major companies including ExxonMobil, 3M, Verizon, McDonald’s Corp, Wells Fargo and WalMart. The companies did not immediately respond to a request for comment.

The NYSE, owned by Intercontinental Exchange Inc, said a “system issue” prevented the opening auctions in a subset of its listed securities. The stocks began trading without an opening print, causing erroneous prices that. The exchange said those will be declared null and void.

Blaugrund added that NYSE ended the day with a normal market close and expected a regular open on Wednesday.

Joe Saluzzi, co-manager of trading at Themis Trading in Chatham, New Jersey said, “This is a failure, there is no sugarcoating it.There are definitely people who are losing money today who are not happy. Obviously, there were a lot of stocks that had major issues.” He added “It’s a bit of a mess.”

The US Securities and Exchange Commission said it was reviewing the issue. “They have corrected that now, but this is going to be a big mess to clean up.”

Saluzzi said there was “zero failure tolerance” among traders for glitches at the key open and close of trading.

The exact cost of the fallout from the glitch is unclear. But the cost to brokers and retail traders is likely to be in the eight-figure range, according to a person at a major brokerage who spoke on condition of anonymity.

To hold exchanges accountable for such glitches, the SEC adopted a sweeping set of business continuity and disaster recovery rules called regulation system compliance and integrity (Reg SCI) in 2014.

“Auctions are a lot more complicated than it looks. Lots of things can go wrong,” said Angel, who helped work on Nasdaq Inc’s auction process.

The NYSE-listed stocks trade on all 16 US stock exchanges, which use the NYSE’s prices. The opening auction gaffe comes as the SEC is considering routing most retail stock orders through auctions, with the aim of getting individual investors better prices.

Saluzzi said that having multiple exchanges does not help in a situation like this as the only place to trade an opening order on a New York Stock Exchange-listed stock is that exchange itself.

The NYSE is the only major US stock exchange that still uses a trading floor, along with electronic trading, a hybrid model the exchange says facilitates price discovery during market opens, closes, and during periods of trading imbalances or instability.

In March 2018, the NYSE was the first exchange fined under Reg SCI. The $14 million fine partly related to a nearly four-hour trading halt in July 2015 that resulted from a flawed software rollout.

In this article:Global Businesses, System Glitch