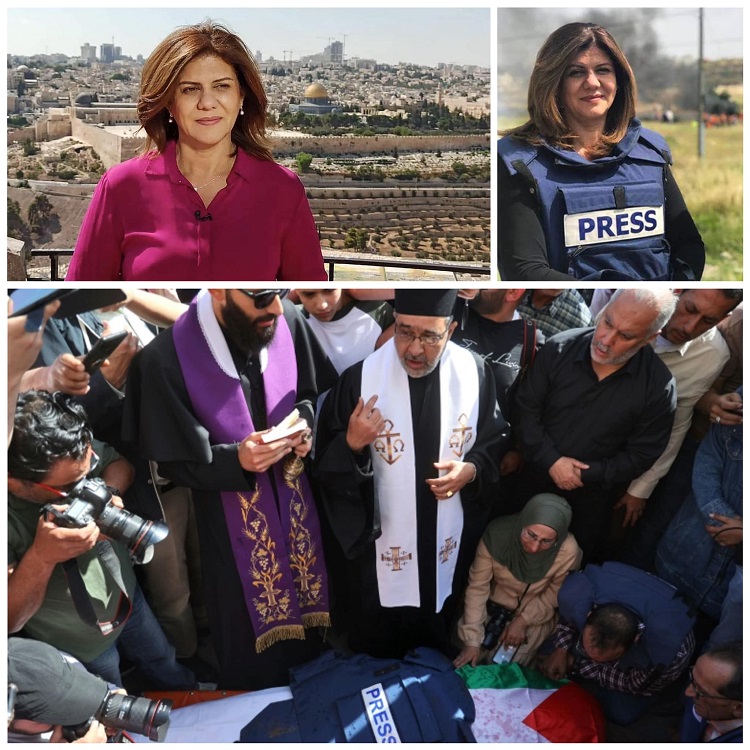 The 51-year-old Palestinian-American TV correspondent for Al Jazeera Arabic was wearing a protective vest marked with “PRESS” and standing with other journalists when she was shot dead.

Another Palestinian journalist, Ali al-Samoudi, was shot in the back and is in a stable condition.

Abu Akleh’s death is the latest in a long line of journalists killed by the Israeli military, which has a long history of targeting reporters and other members of the media.

At least 45 journalists have been killed by Israeli forces since 2000, according to the Palestinian Ministry of Information.

The following is a short summary of those who have been killed covering the conflict in Palestine, according to Al-Jazeera.com.

Last year, during Israel’s most recent assault on Gaza in May 2021, an Israeli air raid killed Yusef Abu Hussein, a broadcaster for the local Voice of Al-Aqsa radio station. The air raid targeted his home in the besieged Gaza Strip, family and colleagues said.

At least 260 Palestinians were killed during the 11-day bombardment that lasted from May 10 to May 21.

Midway through the sustained attack, on May 15, the building housing the offices of Al Jazeera and other media organisations was destroyed in an Israeli attack.

Al Jazeera condemned the attack on its offices and called on “all media and human rights institutions to join forces” in denouncing the bombing and to “hold the government of Israel accountable”.

Yet the killing of journalists by Israeli forces continues.