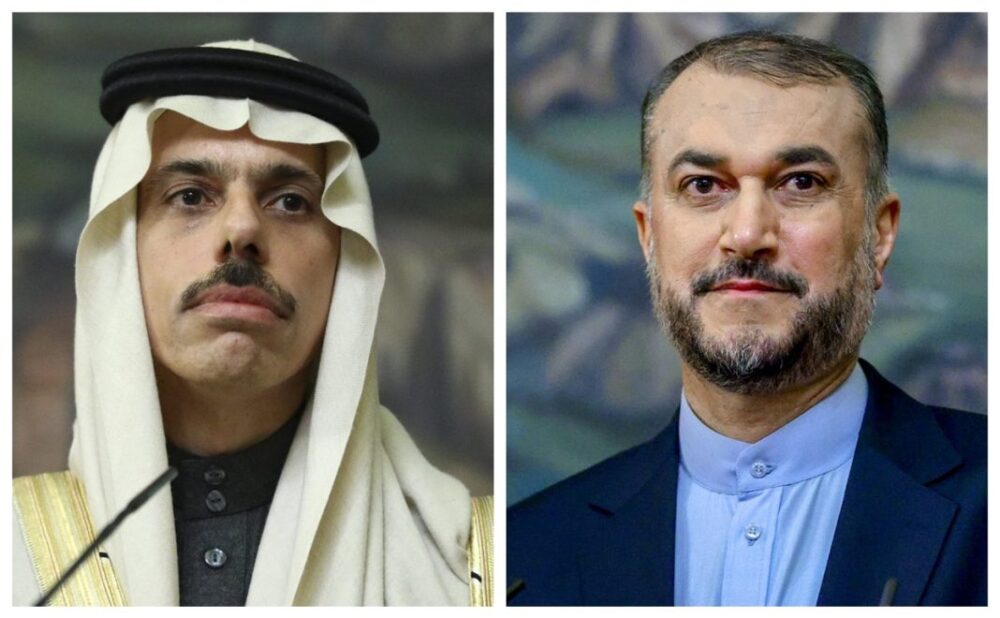 DUBAI: Iran’s foreign minister said on Wednesday he spoke with his Saudi counterpart on the sidelines of a conference in Jordan the previous day, the highest-level encounter reported between officials from the rival states since they cut ties in 2016.

The Middle East’s leading Shia and Sunni Muslim powers — Saudi Arabia and Iran — have been on opposing sides of conflicts across the region, including in Syria and Yemen.

Iraq has hosted five meetings between Saudi and Iranian officials since last year in a bid to ease tensions, the last of which was in April, without achieving any diplomatic breakthrough.

Iranian Foreign Min­ister Hossein Amira­bdollahian, tweeting in Arabic, on Wednesday listed his Saudi counterpart, Prince Faisal bin Farhan Al Saud, as one of several foreign ministers with whom he had the chance to hold “friendly talks” on the sidelines of the Jordan conference. He said he also spoke with the foreign ministers of Oman, Qatar, Iraq and Kuwait.

The Saudi foreign ministry did not immediately respond to a request for comment.

Amirabdollahian wrote that Prince Faisal “assured me of his country’s willingness to continue the dialogue with Iran”.

In separate comments reported by Iran’s official IRNA news agency, Amirabdollahian said he had “announced our readiness to continue the process that started in Baghdad”. “We are interested in resuming talks with Saudi Arabia and they also wanted it,” he said, according to IRNA.

Tensions between Iran and Saudi Arabia have ticked higher since the eruption of protests in Iran, with the Revolutionary Guards telling Saudi Arabia to control its media and the Iranian intelligence minister warning Riyadh there was no guarantee of Tehran continuing its “strategic patience”.

Iran has accused its foreign foes of fomenting the protests, in which Iranians from all walks have life have taken part.

A top general in Iran’s Revolutionary Guards, Esmail Ghaani, on Tuesday referred to Saudi Arabia — a long-standing ally of the United States — as “a scum and not worthy of being an enemy”.

Iran’s disputed nuclear programme has also added to tensions, with talks between Tehran and world powers on reviving Iran’s 2015 nuclear agreement at a standstill since September.

Prince Faisal said earlier in December that the signs were “not very positive unfortunately”, and that Gulf Arab states would act to shore up their security if Iran were to obtain nuclear weapons, which Tehran says it is not seeking.

The meeting in Jordan, organized by France and Iraq and aimed at supporting stability in Iraq and the wider region, wrapped up on Tuesday with no word of a bilateral meeting between Saudi Arabia and Iran.