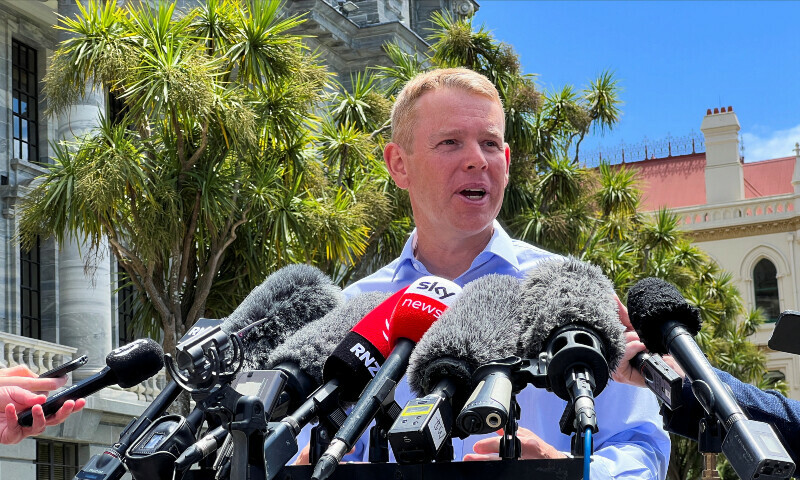 The Party whip Duncan Webb shared that the caucus meets tomorrow to formally endorse Hipkins as the country’s new PM.

Hipkins 44, currently the minister for police, education and public service, was first elected to parliament in 2008. He became a household name for leading New Zealand’s pandemic management as Covid-19 response minister in Ardern’s cabinet, in November 2020.

Speaking to reporters after being nominated, he said “I think we’re an incredibly strong team” and that “there is still a bit to go in this process. We’ve gone through this process with unity and we’ll continue to do that.”

He shared with media that “There is still a meeting tomorrow and a vote, and I don’t want to get too far ahead of that.”

He added, “I am absolutely humbled and honored and feeling really fortunate to be working with such an amazing group of people who have a real commitment to the service of the people of New Zealand.”

As New Zealand holds a general election in October its unclear as for how long Hipkins will remain in office.

Should he receive that backing, Ms Ardern will formally tender her resignation to the governor-general. The governor general on behalf of King Charles III will then appoint Chris Hipkins as New Zealand’s new PM.

While the in-house change is underway, the incoming Labor leader faces the same uphill challenge. According to opinion polls inflation and increasing social inequality diminished Ardern’s and labor party’s popularity to all-time lows.

Therefore to remain in the top job after the 2023 election Chris Hipkins will need to have social uplift plans.

They also suggested public approval of the country’s Labour Party was similarly low.