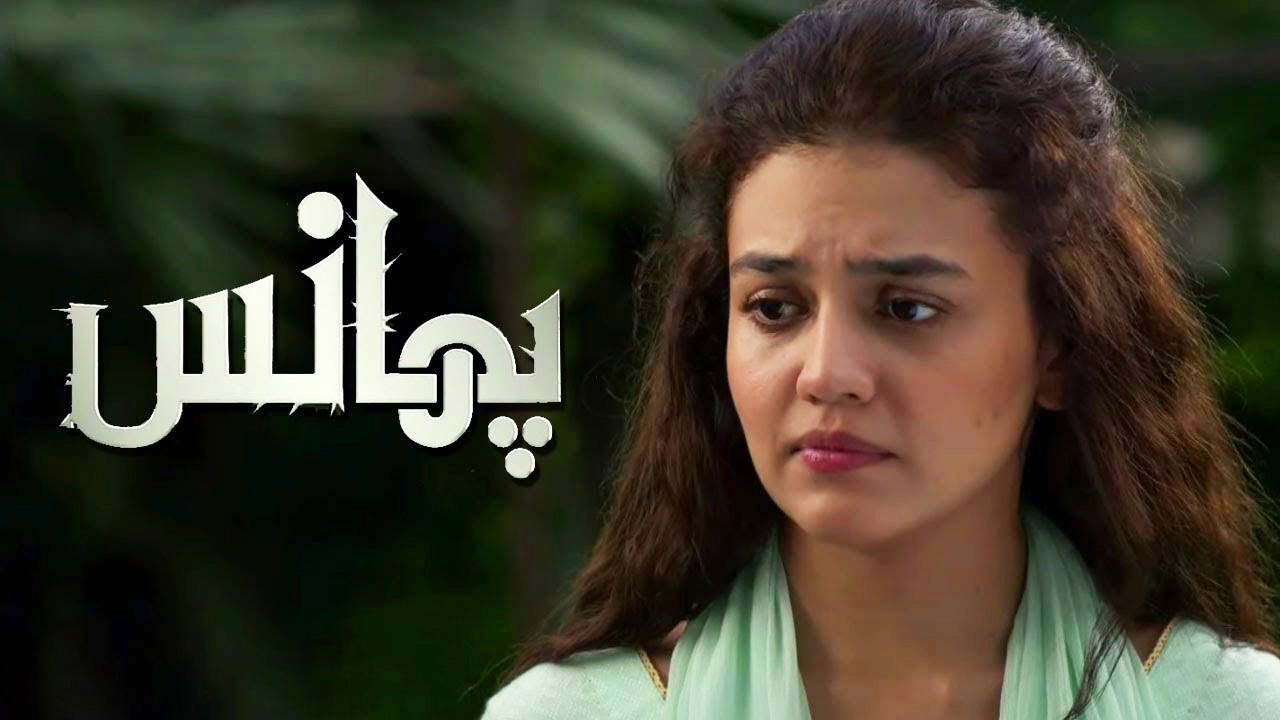 Zara Noor Abbas is one of those actors of Pakistan who won fame in the beginning of their career. The daughter of actor Asma Abbas and niece of veteran Bushra Ansari, Abbas made her acting debut at a very young age by appearing in short plays.

Zara made her television debut in 2016 in Hum TV’s Dharkan. She gained critical acclaim for her portrayal of Arsala in 2017 series Khamoshi and established her as a leading actor in Urdu television. Thereafter, it was back-to-back plays like Lamhay (2018), Qaid (2018), Deewar-e-Shab (2019) and Ehd-e-Wafa (2019).

Her role of Rani in ISPR’s Ehd-e-Wafa in particular bring humour and colour to the drama, although the story was based on some serious issues of our society. Currently she is appearing in Hum TV’s drama serial Phaans as Zeba, a rape survivor who is fighting for justice and determined to see the culprit get punishment.

Abbas made her film debut with Wajahat Rauf’s Chhalawa (2019) and later appeared in Asim Raza’s Parey Hut Love the same year. Getting so much fame and achievements in a short span of time, critics called her a superstar-in-the-making.

The Truth International talked to Zara Noor Abbas about her role in Phaans and her future endeavours.

TTI: Why and how did you accept the role in Phaans?

ZNA: I got the script, I read it, liked it, had a meeting with the director but had to decline as I was occupied with some other project. As the circumstances would have it, I left that project and came back to Phaans – but I was pulled to another project which was also pending. Ultimately I left everything and joined Phaans. So actually I was in and out of Phaans for almost three months. I think there are some projects which pick you up. Same is the case with Phaans. The play adopted me.

TTI: Did you meet any girl or woman who has been through these situations or incidents [of rape] before going to adopt the character?

ZNA: I think the best research that you do for your character is getting the first hand information from the people you know. I talked to some women I knew who had suffered the pain and the trauma of being sexually harassed and raped. Moreover my co-actors were very supportive. I discussed with them the issues of the society we live in, its taboos, how things happen as a result of different incidents and what usually women (and men) think in these situations. So that was also a source of gathering information about the topic of my character.

TTI: Do you believe that Pakistani television drama can bring up various social issues and create awareness among people?

ZNA: Of course! In Pakistan the television is the most watched medium. How many films do we make? There’s no denying the importance of television. So, if we want to convey a message through this medium, I am sure it will reach the target.

TTI: Do you think Phaans can be a part of the movements for women’s rights (especially MeeToo) to issues like sexual harass- ment and abuse at work place?

ZNA: The MeToo movement for protecting the rights of women has just come into limelight because of social media in the last couple of years. It was there for so long. It is a winning situation for all of us now because a lot of women are coming out and talking about this. The most important thing is that if a woman goes through any kind of sexual harassment and abuse anywhere, she should talk about it. It is the taboo which we need to break.

TTI: Do you think this drama will give courage to women to speak up about sexual abuse or even rape?

ZNA: I think this movement has spanned years, but I believe that little drops of water make the ocean. So I think the more we try collectively, the easier our journey would be to our ultimate goal. Honestly, I think it will take quite a long time to break this taboo. But we must keep trying.

TTI: Do you think the perception about sexual harassment and rape survivors is changing? Are more people talking about it?

ZNA: Yes. Many parents, brothers and sisters and people in gener- al are open to talk about the issue of sexual harassment. In the old days, people didn’t want to talk about this. Even if unfortunately something like that happened with someone in the family, they would strictly be asked to remain silent. People thought it was fine to hide it without knowing its repercussions on the survivor and on the whole society.

That is why I feel we can encourage it more through our dramas. Pakistan drama is closer to life and people relate to them. That is why it is celebrated highly. Our dramas are the depiction of our society and I hope if we raise a real issue and suggest solutions, it will have a positive influence on people. It will bring change.

TTI: Are you doing any film as well besides drama these days?

ZNA: Right now I have a film with director Haseeb Hasan in the pipeline. It is scripted by Umaira Ahmed and my co-stars are Fawad Khan and Sanam Saeed. I signed it before the Covid-19 pandemic. Yes we are still destined to shoot it. Till now, we are shooting it on paper (laughs). Let’s see.

TTI: You did the role of a happy-go-lucky girl who loves to have fun and dance in your last two films. How are your fans going to see you in your next film?

ZNA: Actually after the Covid as the world order is changing with a new development every new day, I have let everything go with the flow. Covid has changed the world. Now I am concerned about my characters more than my career graph. I feel that right now when the whole world is going through a difficult time, it is more important that we get out of this hole with healthy bodies, jobs in our hands, and food in our kitchens. Having a safe family is more important to me than anything else. This is the biggest blessing one can have at the moment.