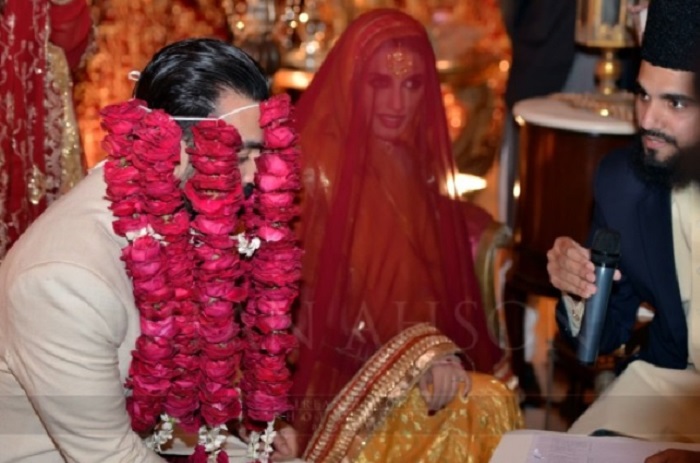 ISLAMABAD: Famous actress and model Iman Aly, daughter of late legendary artist Abid Ali, today shared pictures of her hubby for the first time. Husband of Iman Aly, Babar Bhatti, is seen wearing garland of roses at the time of their Nikkah ceremony.

The renowned celebrity tied the knot with Babar Bhatti in a simple and private ceremony in Lahore back in 2019. Nonetheless, both kept their wedding secret from public, till today when Iman Aly shared for the first time pictures of her husband Babar Bhatti.

The wedding was a close a friends and family only affair while the mehndi, nikah, and reception ceremonies were organised together.

In 2019, Abid Ali also attended the wedding ceremony of his daughter. He, however, died later on. The visuals of the ceremonies made rounds on the photo and video-sharing application.

Iman Ali, who is the daughter of late actor Abid Ali, had carved out a name for herself in modelling before moving on to acting.

She is known for her strong choices of working on projects. The actress will next be seen in ARY Films’ ‘Tich Button‘ alongside Urwa Hocane and Farhan Saeed.