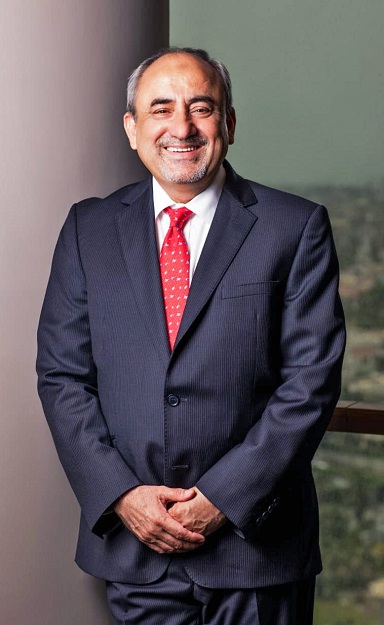 With the common man struggling under the burden of an economy laid waste by the pandemic and power tariffs inexorably soaring through the sky, Pakistan’s independent power producers (IPPs) are in the eye of the storm these days.

Self-righteous officials and unnamed experts have alike found time and media space to hang all kinds of the blame on a sector that would normally be expected to fuel growth and underwrite prosperity.

Among other things, the IPPs have been accused of exacting unreasonably high rates of return and reporting inflated equity figures to enhance their profitability at the expense of the consumer. The sector as a whole has been faulted for adding to Pakistan’s already high sovereign debt burden; adding coal-fired generation at the expense of greener alternatives, and being somehow responsible for the nagging problem of circular debt.

The Truth International (TTI) sat down with Mr. Khalid Mansoor, the Chief Executive Officer of HUBCO, the first and largest of Pakistan’s IPPs, to sift fact from fiction. HUBCO generates approximately 10 percent of the country’s electricity, making it the market leader.

Mansoor’s side of the story paints a starkly different picture, maintaining all allegations against the IPPs are unfounded. He asserts no wrongdoing has ever been established on the part of the IPPs and warns a NAB probe into the sector would be counterproductive, hurting investor confidence.

He also speaks of broken promises over CPEC power projects, and the heartburn this has caused in the Chinese government and investor circles.

Given below is an abridged transcript of the conversation, edited slightly for reasons of clarity and readability.

TTI: There is a perception that the CPEC power projects will add to Pakistan’s already unsustainable sovereign debt burden. Is that how things are?

KM: This is not correct as all CPEC Power Projects are commercial enterprises that are repaying their debts from power generation sale revenues earned under private power agreements (PPAs) as per tariff determined by the Regulator [The National Electric Power Regulatory Authority (NEPRA)].

TTI: Has the government provided high rates of return on equity and sovereign guarantees, to all foreign investors?

KM: The return on equity and sovereign guarantees on coal-based power plants provided to local and foreign investors are uniform.

TTI: Has the government of Pakistan fulfilled its commitment to establish revolving funds to ensure uninterrupted payments to power producers?

KM: No, the government has not established the revolving account as committed. This is against the CPEC policy framework where the government committed to establishing a revolving account to ensure uninterrupted payments to project lenders. This non-compliance has caused serious disappointment and reservation among the Government of China and Chinese financial institutions. The fallout of this would be difficulty in securing further financing for coal-based investments, e.g., for scaling up of Thar coal mining.

TTI: It has been said that the ROE for power projects based on Thar coal “is the highest ever return on any investment in Pakistan’s history” How do you comment on that?

KM: The ROE is commensurate with country and project risks. Thar’s indigenous coal reserves had remained unexploited for decades due to a lack of incentives to invest in this highly risky and unproven concept. Therefore, initially, high returns had to be offered to incentivize investors and the results have been very positive. Subsequently, the rate of return has been reduced as now the risks have been reduced. The rate of return will be further reduced for future investments.

TTI: Is it true that the internal rate of return on investment (IRR) for CPEC projects is very high compared to the 12 to 14 percent IRR for similar projects elsewhere?

KM: The difference in the rate of return between countries is due to differences in technological and country risk.

TTI: How do the CPEC power projects contribute to the crippling circular debt of Pakistan’s power sector?

KM: CPEC projects – and for that matter, all IPP – do not cause an increase in circular debt. Circular debt is caused by the massive Aggregate Technical & Commercial (AT&C) losses and theft which stand at around 30 percent; the difference between the actual cost of power purchase and the tariff determined by NEPRA; delay in the payment or non-payment of tariff differential subsidies by the government, and delayed determination and notification of tariff by NEPRA.

TTI: What is the dispute resolution mechanism in case the government of Pakistan delays payments to the CPEC projects?

KM: There is no special treatment for CPEC projects in terms of delayed payment. A project has the right to suspend operations if its overdue balance reaches a non-sustainable level. Further, delay in payment represents a default on the part of the power purchaser for which the projects have the right to terminate and/or call sovereign guarantee.

TTI: Some analysts maintain China’s lending for infrastructure projects will lead to problematic increases in debt. What is your take?

KM: Currently, China under the banner of CPEC has been investing heavily in infrastructure projects and this is causing an increase in debt. However, the resultant impact on economic growth is far higher. Prior to this investment, Pakistan was facing a severe supply shortfall of 5,000 to 7,000 MW resulting in 12- to 18-hour day power outages as part of load shedding, which caused a significant slowdown of the economy and annual GDP loss of about 2 percent. Pakistan should utilize this opportunity to the fullest and set the economy on track for growth.

TTI: Coal is seen as an environmentally expensive source of energy. How does the share of coal in Pakistan’s energy mix compare regional and global numbers?

KM: With the completion of projects under execution, the coal-fired power generation would increase to about 20 percent which is quite low as compared to a world average of 40 percent and about 59 percent and 73 percent for India and China respectively.

TTI: Electricity prices have risen to such levels it has become unaffordable for the common man. How do you comment on that?

KM: There is no denying electricity prices are high but it is important to understand that the prices are high because in the past almost 30-40 percent of the generation mix was based on costly imported furnace oil. With recent generation capacity additions on coal, renewables, and highly efficient RLNG-based gas turbines, the average cost of generation will come down gradually.

TTI: An official inquiry committee has alleged that most of the IPPs have fudged data to inflate equity so they can pocket more profit. What is your point of view?

KM: NEPRA’s tariff determination process is very transparent, robust and detailed. The tariffs of IPPs have been determined and approved by NEPRA after thorough scrutiny of project costs, equity contributions, and so forth. As such, there is no question of showing high equity by IPPs. Furthermore, in the operations phase all invoices are verified and audited by NEPRA and CPPA(G) before being accepted and paid.

TTI: To your knowledge what is the contribution of the CPEC projects to Pakistan’s annual debt increase?

TTI: Do you think that NAB should be allowed to investigate the new IPPs agreements with the government?

KM: IPPs have always acted transparently and voluntarily provided any information requested by NAB or other investigation agencies in the past. However, no wrongdoing has been proven against IPPs so far. Whatever IPPs earn is strictly in compliance with the PPAs and NEPRA’s tariff determinations.

As far as the new agreements are concerned, at GOP’s request, IPPs have voluntarily agreed to give unprecedented and substantial concessions in lieu of payment of their legitimate and long overdue receivables. The entire negotiations have been conducted in a very transparent manner with full disclosure and approval of the cabinet. Any investigation will only deteriorate investor confidence.

TTI: What do you say to the allegations by the IPPs inquiry committee the IPPs have earned an excess profit of trillions of rupees during the last two decades?

KM: As I said earlier, IPPs’ earnings are based on tariffs determined and approved by NEPRA. Also, the invoices of IPPs are verified and audited by NEPRA and CPPA(G) before being accepted or paid. Any profits made by IPPs are strictly in compliance with the PPAs and the tariff approved by NEPRA and therefore there is no question of excess profits. The allegations in the report of the inquiry committee are unfounded and baseless.

TTI: What do you think electricity prices should be increased or decreased in the near future?

KM: The industrial consumer tariff is comparatively high which is negatively impacting the economy and has led to our exports becoming uncompetitive on international markets. While some increase in tariff may be required to recover costs, our focus should be on resolving the issues that are increasing the cost. The first of these is high-capacity payments. We need to increase demand and thus capacity utilization. In particular, we need to increase industrial consumption which is very low due to lack of industrial activity and captive power. Another factor contributing to high power tariffs is the high T&D losses that are passed on to consumers.

TTI: How do you think Pakistan can tackle the seemingly intractable circular debt problem?

KM: The circular debt can be curtailed by addressing its root causes, one of the major issues being high AT&C losses. This means we need to put our distribution sector in order. We need to improve governance in the Discos by instituting competent, empowered, and independent Boards of Directors. Privatization may be just the thing to infuse efficiency in the Discos.

Two more options to improve Disco operations could be including provincial governments in ownership and management, and adjusting losses against provincial shares in the NFC award.

Finally, there are the technological interventions we have held off for too long: Smart meters, smart grids, prepaid meters, aerial bundled cables, and so forth.

TTI: What is the cost of Electricity in Pakistan? How do you compare it with regional countries?

TTI: Pakistan has for some time mooted the Competitive Trading Bilateral Contract Market (CTBCM). What is it and how is it expected to help better our situation?

KM: The CTBCM mainly proposes the concept of a multi-buyer model instead of the current single buyer model where CPPA(G)is solely responsible for all the power generation offtake. Under the CTBCM, generation companies sell directly to Discos and Bulk Power Consumers (BCP).

The proposed model has several inherent benefits over the existing arrangement including improved efficiency through a competitive marketplace; fair allocation of risk and benefit-sharing between investors or sellers on the one hand and buyers or consumers on the other; and enhanced supply, generation, and sustainability in the short, medium, and long terms

If implemented successfully, the model can help attract investments based on credit cover provided by market participants, without sovereign guarantees; remove the conflict of interest to facilitate entry of new investors and participation of private players, including BCOs; and infuse payment discipline, transparency and open access to information. However, the model is still at a conceptual stage and its implementation will require a number of prerequisites to be completed, the most important being the financial security for payments and creditworthiness of individual Discos.