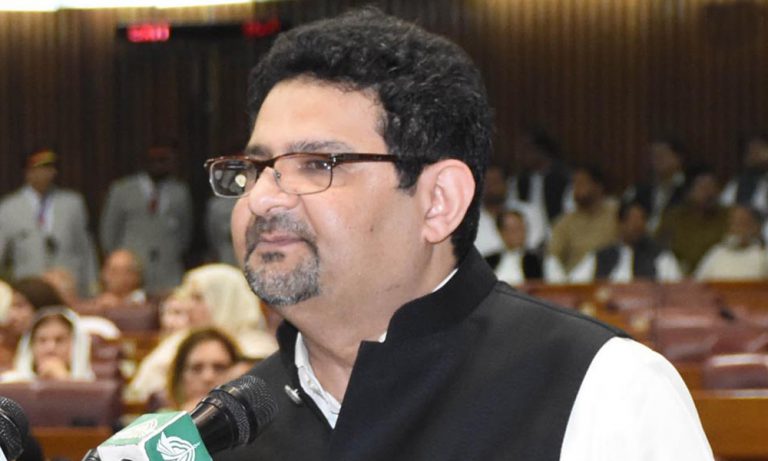 PML-N leader Miftah Ismail on Monday advised Energy Minister Hammad Azhar against seeking a public debate, reminding the PTI leader that his job was to end gas loadshedding and ensure uninterrupted supply rather than win arguments.

On November 19, the energy minister had challenged to a debate on energy crisis, which he said would be moderated by a neutral panel. “Let the people see the facts without persistent interrupting, volume controls, teleprompters etc,” he had tweeted.

The duo had previously had a heated debate on the country’s power sector woes that resulted in a series of back-and-forth responses.

During a press conference in Karachi today, Ismail addressed the challenge issued by Azhar, saying: “They [the government] can’t provide [gas] three times [in a day] so my request is to the minister that abandon this debate … winning the argument won’t bring gas.”

The PML-N leader said that the time for having debates was up. “Your government has been in power for three and a half years so provide gas and don’t argue,” he added.

A Gas Load Management Plan for winter 2021-22 was recently presented to the Cabinet Committee on Energy (CCoE) at a meeting presided over by Minister for Planning and Develop­ment Asad Umar. Under the plan, it was proposed that gas to the residential sector be provided only three times a day with the ‘bare minimum supply of LNG during December through March of the upcoming winter to minimise gas shortages in the country.

At his presser, Ismail advised the minister that all other critics would go quiet themselves if uninterrupted supply of gas was ensured across the country.

Ismail said that additional gas terminals should be set up, reminding the minister of the government’s promise to set up more terminals soon as he rued a lack of progress on that front.

“We will suffer in the winter so set up terminals … don’t just talk [and give empty statements]. Arguing with a TV channel won’t bring forth terminals. They are set up by actually working and you can’t seem to do that.”

“You can win four arguments, do nine tweets, get trolling done against him and say whatever you can — [but] no matter how much you talk, gas won’t travel up until you install the pipeline.”

Ismail also called for gas to be supplied at cheaper rates to the export industry and to avoid hiking of its tariff.

“If the minister accepts this then I think this will be a great personal favour for me and for Pakistan’s industry and consumers,” Ismail noted.