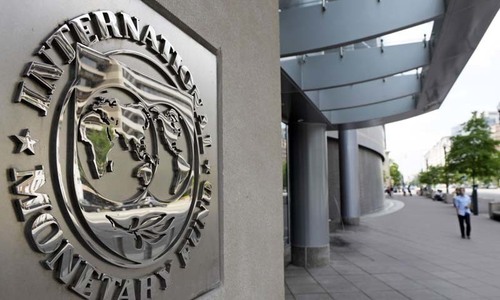 ISLAMABAD: The Federal Board of Revenue (FBR) is mulling different options to withdraw Rs334bn in General Sales Tax (GST) exemptions in phases.

The withdrawal of exemptions on imports having an estimated cost of Rs178 billion and on local supplies that cost Rs156 billion are in order to strike a staff-level agreement with the International Monetary Fund (IMF).

A proposal is also under consideration to bring down Personal Income Tax (PIT) slabs to 6 or 7 from 11. Under the new plan, the minimum taxable ceiling of Rs0.6 million might be adjusted upward while the rate of higher-income brackets might be increased. The hike in power tariff to the tune of Rs1.40 per unit might be notified after the agreement with the IMF.

Federal Minister for Finance Shaukat Tarin is expected to hold a meeting with the IMF’s Managing Director (MD) Kristalina Georgieva.

The finance minister along with other senior government officials is in Washington as part of the sixth and seventh reviews of IMF’s $6 billion loan programme under the Extended Fund Facility (EFF).

However, things are still unclear whether Pakistan and the IMF will be able to strike a staff-level agreement or not.

The review talks may be extended if both sides remained unable to strike any staff-level agreement on the completion of reviews.

Top official sources said the IMF was asking for stringent taxation measures but Pakistani authorities were making last-ditch efforts to convince the IMF for delaying taxation measures on account of withdrawal of sales tax exemptions and adjustment into Personal Income Tax till the announcement of the next budget 2022-23 or implementation of these steps in a staggered manner.

For instance, the GST exemption of Rs300 billion could be withdrawn in two or three phases, starting from Rs100 to Rs150 billion on an immediate basis.

The IMF may grant the go-ahead on the completion of the sixth review only and the EFF completion period may also be extended. But these are just mere proposals, so nothing is yet finalised.

For striking the staff-level agreement, the withdrawal of GST exemptions would be one of the major conditions and there were options to work out those exemptions that could be abolished through a presidential ordinance at the first stage, and then a bill would be introduced in the National Assembly.

A major revenue amount could be netted with the imposition of 17% General Sales Tax on five leading export sectors. The cost of tax exemptions has been increasing with every passing fiscal year, putting increased pressure on policymakers to withdraw these concessions to powerful sectors.