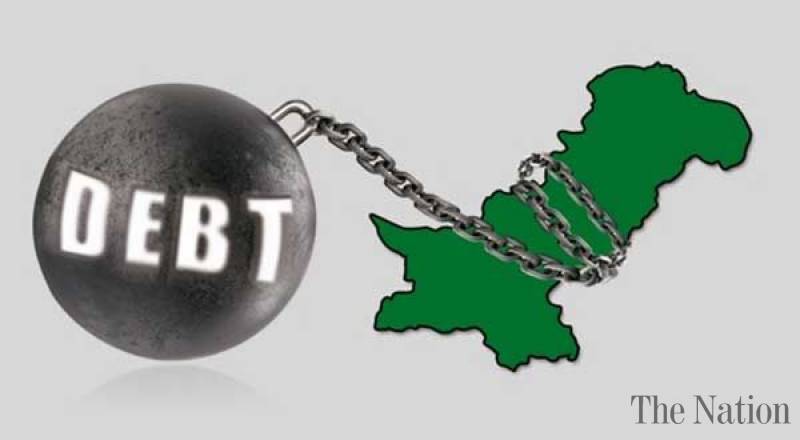 ISLAMABAD: For the first time ever, Pakistan’s total debt and liabilities have crossed Rs50.5 trillion, an addition of Rs20.7 trillion under the current regime, says the data released on Wednesday by central bank.

The State Bank of Pakistan (SBP) released the debt figures till September 2021. While, Prime Minister Imran Khan recently said that the increasing debt as a “national security issue”.

Pakistan’s total debt and liabilities jumped to the record Rs50.5 trillion at the end of September 2021, an addition of Rs20.7 trillion in the past 39 months. There was an increase of nearly 70% in total debt of the country.

Like its predecessor, the PTI government too is running on foreign and domestic loans and has failed to enhance revenues to such levels where its debt burden can be reduced.

The situation is no different when it comes to the public debt, which is the direct responsibility of the federal government.

The government has added Rs16.5 trillion to the public debt during its tenure, which was equal to 165% of the debt the previous Pakistan Muslim League-Nawaz (PML-N) government acquired in five years.

The PTI government added, on average, Rs14 billion a day to the public debt, which was more than double the daily average addition of Rs5.8 billion by the PML-N government.

When the PML-N government completed its five-year term, the total public debt stood at Rs24.95 trillion, or 72.5% of GDP.

In February 2019, PM Khan had vowed to bring the public debt down to Rs20 trillion. He had been very critical of the economic policies followed by the previous PPP and PML-N governments and had set up the Debt Inquiry Commission to investigate the reasons behind the addition of Rs18 trillion to the debt stock in 10 years. Despite completion of the inquiry, the premier has withheld the release of the report.

The accumulation of debt is a direct result of the gap between expenditures and revenues, which is widening due to the inelasticity of debt servicing and defence needs and the Federal Board of Revenue’s (FBR) failure to enhance tax collection significantly.

Under the IMF’s loan condition, the government will cut the contingency grants budget by Rs50 billion and the Public Sector Development Programme by Rs200 billion, which will slow down the journey towards development.

The federal government’s total domestic debt increased to Rs26.4 trillion, an addition of Rs10 trillion or 61% since June 2018. At the end of PML-N’s tenure, the domestic debt stood at Rs16.4 trillion.

At the end of PML-N’s tenure, the external debt had stood at Rs7.8 trillion.

The Rs13.8 trillion of external government debt does not include loans obtained for building forex reserves and under the currency swap arrangements. These loans are the responsibility of the central bank.

The steep currency depreciation also contributed to the federal government’s debt. By September 2021, the rupee-dollar parity stood at Rs170.37. In June 2018, the value of the dollar was equal to Rs121.54, showing a massive depreciation of nearly Rs49 or 41%. The current parity is around Rs175.

Total external debt and liabilities, which were $95.2 billion in June 2018, jumped to a record high of $127 billion, an addition of $32 billion under the PTI government. During the five-year tenure of the PML-N, the total increase in the external debt was $34 billion.

The external public debt, which is the direct responsibility of the federal government, increased from $75.3 billion in June 2018 to $99.7 billion in September this year, an addition of $24.4 billion.

The IMF debt, which was $6.1 billion three years ago, jumped to $7.1 billion by September this year, according to the central bank.

The direct consequence of the growing debt pile is a huge increase in the cost of debt servicing.

In June 2018, the country spent $7.5 billion in external debt repayment and its servicing. This cost increased to $13.4 billion by June this year, a surge of 79% in three years. But repayments are being made by signing new loans.