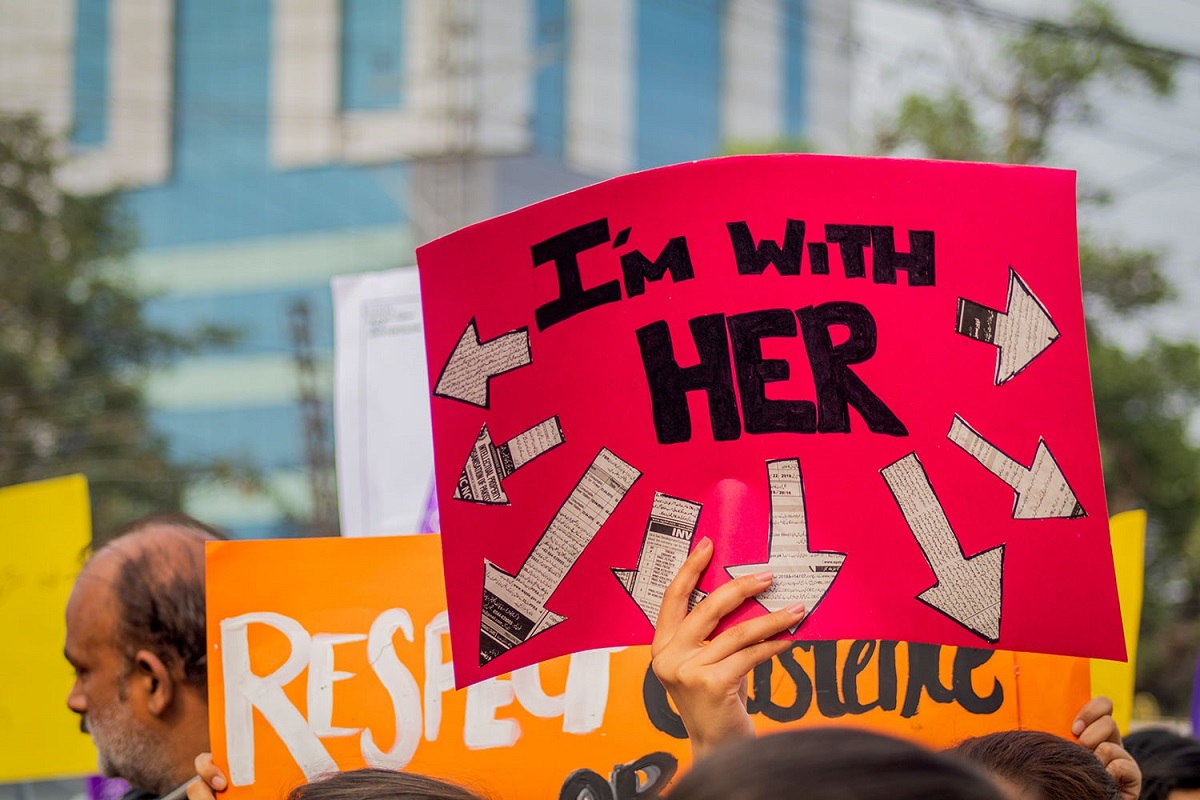 How many acts of violence and how many murdered women will it take for us to admit we have a problem? After a harrowing week following the murder of Noor Mukadam, on Monday morning we saw that ‘not all men’ was trending on Twitter — and that did not go down well with us.

Women are dying, they are literally being slaughtered, and a section of our society does not want to call out men because “not everyone is evil”. Complicity is as evil as the crime itself because complicity exonerates the criminal, it lets their behavior continue unabated and tells the victim that no one is on their side. Ignoring someone’s behavior because they are your friend or brother or whatever makes you as bad as them.

When the conversation is about one gender and how it is rampantly subjected to violence and you decide to throw in the ‘not all men’ detractor, you are complicit in letting the abusers and harassers and murderers continue their horrendous acts without any accountability.

There are too many tweets and opinions online regarding ‘not all men’ to tackle but we’ve addressed some of the most common ‘justifications’. Here goes.

“Oh, but it happens everywhere, not just Pakistan.”

Yes, but we live in Pakistan, and Noor was murdered in Pakistan, as were Saima, Quratulain, and hundreds of thousands of other women whose names we don’t even know. When a crime happens in Pakistan, our outrage will be a thousand times more than if it happens elsewhere because we live here. That victim was one of us.

When it happens in our own backyard, it does and should pinch us more.

But why did she go to his house/get in his car/meet him/put herself in that situation?

Counter question: why did he kill her? Victim blaming is not going to solve this problem.

When you say you are not victim-blaming by asking these questions, please know you are because your outrage is directed towards how the victim put themselves ‘in harm’s way’ as opposed to the act of violence.

What about your father/brother/son/husband/cousin/best friend?

When attention is called to men being the main perpetrators behind gender-based violence, it’s not a personal attack on your father, brother, son, husband, etc or you.

But, do keep in mind that therapists, killers, and harassers of the world are all someone’s brother/son/father/husband. They were not spawned in a lab, ready to be inflicted upon society like a plague. They are among us every day and they don’t have a sign tattooed on their foreheads saying that they are rapists or killers.

Not every man is a rapist

No, not every man is a rapist, but in a society where harassment is brushed under the rug, how many men have done things to make women uncomfortable? How many men in positions of power — and men do occupy the majority of positions of power in Pakistan — have used their influence to improve the conditions for women? Or have they, in fact, used that power to continue abuse or let others continue?

Making women uncomfortable is a form of harassment too and unless we wake up and realize that, we’ll continue to live in a society where these things persist and are hushed up until someone dies.

These situations rarely begin with murder. There is a lead-up but those aggressions are so common that women brush them off as ‘normal’, something ‘everything goes through’. They are NOT normal. Abuse is NOT normal. Gas-lighting is NOT normal. The sooner we realize how toxic these behaviors are, the sooner we can start calling them out and stop accepting them as normal.

So no, not all men are rapists but all men should denounce these acts and have conversations that will give them a deeper understanding of the issues women face.

Does reading about toxic behavior that sounds eerily familiar make you feel uncomfortable? Does your heartbeat a little faster thinking about the time you sent some explicit messages to an unsuspecting woman or you didn’t take no for an answer? Does the reading of women’s experiences of harassment make you feel angry not because women had to experience this but because that harassment sounds uncomfortably familiar?

A late-night text to a female colleague, a slight brush against a woman in a grocery store, staring at a woman walking on the road in jeans, zooming in on a lower neckline in a picture on Instagram, being persistent, and flirting with a woman who has already said no and thinking it’s ‘romantic’, laughing at a crude joke at the expense of a woman, looking at a violent threat online and not reporting it — or being silent when you see these problematic patterns in the society. Introspect instead of saying not all men.

In the wake of a series of acts of violence against women, stories are being shared online of other aggressors, ones who haven’t escalated to the level of murder yet. Listen to these stories, even if it makes you uncomfortable and understand what makes a monster. No one is born like this, they’re created every time you let an act of aggression or harassment go.

When you post and say ‘not all men’ you are minimizing the pain of women. You are missing the point and detracting from the conversation. If you truly believe you are not one of those men then great, pat yourself on the back, give yourself a thumbs up and stay quiet. Listen to what women are saying. Stop making this about yourself and listen, because women in Pakistan have a lot to say and it’s time someone finally listens.

So yes, all men, not because all men are harassers but because all men are complicit. You aren’t doing enough to help and you need to recognize it. Call out your friends when they objectify women, understand that no woman is asking for it, stop toxic behaviors. Social media is currently glorifying behavior such as not staring at women or not harassing them, but that is simply the bare minimum. All men need to step up so that the ones who perpetrate acts of violence against women can be brought to justice.

There’s another far more relevant phrase being circulated on social media right now that we all need to hear and use — educate your sons.