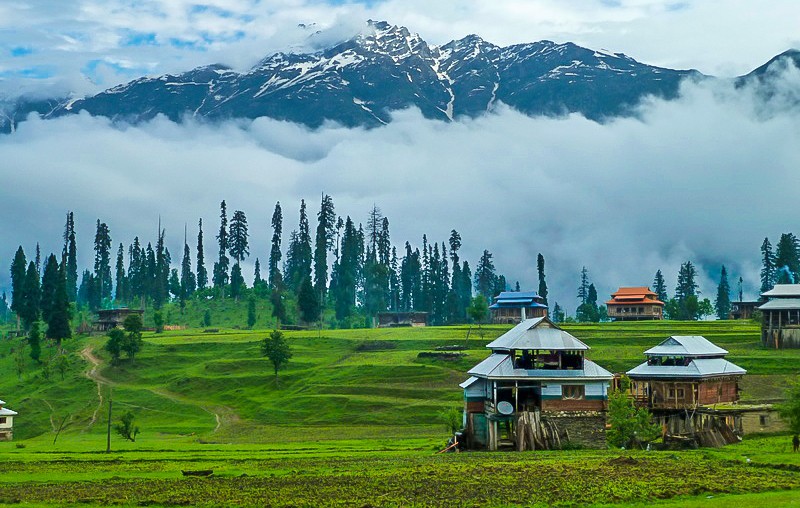 Thought absent long, These forms of beauty have not been to me, As is a landscape to a blind man’s eye: But oft, in lonely rooms, and mid the din Of towns and cities, I have owed to them, In hours of weariness, sensations sweet, Felt in the blood, and felt along the heart, And passing even into my purer mind With tranquil restoration: – feelings too Of unremembered pleasure; such, perhaps, As may have had no trivial influence

William Wordsmith has oh so artistically described the beauty of nature that is often taken for granted. Located in the western massif of the Himalayas, east of Nanga Parbat, and in close proximity to the Central Karakoram Range lies the extraordinary Deosai Plains at an elevation of approximately 4,114 meters.

Deosai Plains have a rich biodiversity due to its location where two biogeographical provinces meet in the Himalayan and Karakoram-Pamir highlands. The site has been declared significant by international bodies because of its diverse alpine flora and the huge variety of species.

History shows that civilizations would move downwards, near rivers to settle down. With time, these small settlements turned to villages, towns, and eventually cities. In the age of industrialization and capitalism, the far-flung areas of peace and quiet were left behind, forgotten in their pristine glory. Deosai is one of those places.

For ages, this place was believed to be haunted by giants, hence came its name “Deosai”, loosely translated as “The Land of Giants”. With unpredictable weather conditions, snowfalls in summers, icy winds, harsh thunderstorms, and unforeseeable sunlight patterns, the place is less than ideal for human settlement.

Moreover, the abundance of various wildlife made travelling a challenging task. However, circumstances are changing now. The long-forgotten areas are becoming attractive tourist destinations.

Even though the plains are covered in snow for eight months, it still manages to provide home to a range of beautiful flowers of all hues and colors, without a single tree in the 3,000 square km region.

The locals enjoy feasting on trout fish from freshwater springs in Deosai. The real beauty of Deosai can be described as a curious fragrance of atmosphere that is home to playful marmots, red foxes, white tigers, brown bears, and golden eagles flying between clouds lying so low that one can touch them.

The best time to visit Deosai plains starts from mid-July to late September. A road from Skardu Bazaar takes you to Sadpara village. As a spring flowing through the road forces vehicles to slow down, local children approach to sell cherries and other local fruits.

The fruits in this area taste like they are sent down directly from heaven. The road becomes uneven as you move away from the village. With steep mountainside on one side and plunging depths on the other, the view can be overwhelming and breathtaking at the same time.

The northern areas of Pakistan are on a completely different level. The calm and quiet of these places is a means of catharsis. They are not only becoming popular tourist destinations for locals, but are also attracting international tourists. Each new area comes with its own rich culture, local trends, regional sports, folk dances, music, festivities, and engrossing history. Tourists explain travelling to the north as a life changing experience. No words or photos can do justice to the areas. Located in Skardu, the world’s second highest plateau is a must-visit for everyone!