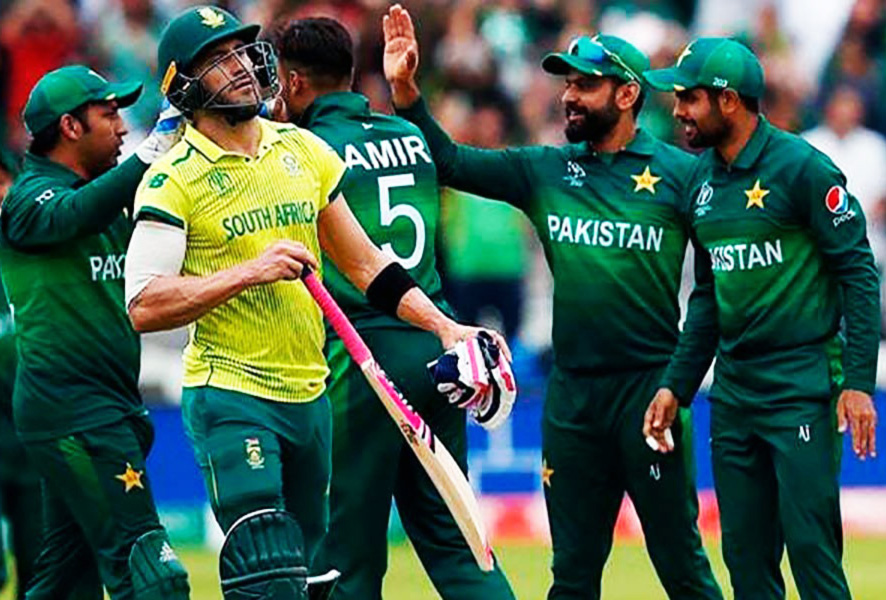 When they downed the Proteas at Centurion Park in the one-day international series decider the other week, Pakistan had out-classed South Africa in the third consecutive series. Along with the ODI trophy, the visitors took valuable ICC Cricket World Cup Super League (CWCSL) points, rising to No. 2 in the points table.

Given that this ODI series victory comes at the heels of Shaheens downing the Proteas 2-0 in test and 2-1 in T20I on their Pakistan visit earlier this year, the Green Shirts have now imposed their dominance on the Proteas in every format of the game.

Pakistan commenced their South Africa tour in style when they won the first ODI by three wickets. The Proteas scored a comeback winning the second match by seventeen runs, setting up the third match as the series decider. In the high-stakes finale,the visitors were able to outclass the home side in all departments of the game, winning by 28 runs to clinch the series 2–1.

Opener Fakhar Zaman hit a second successive century to help Pakistan win the deciding ODI against South Africa by 28 runs and take the series 2-1 on Wednesday.

Fakhar Zaman scored a century whereas captain Babar Azam 94 from 82 balls and a cameo by Hassan Ali to propel Pakistan to 320-7 batting first at SuperSport Park. South African players managed to score fifties but none were able to convert their fifty into three figures due to which South Africa was unable to set a big target.

South Africa slumped to 128-4 in reply as Janneman Malan (70) and Temba Bavuma (20) fell in the same Mohammad Nawaz over before a sixth-wicket stand of 108 between Kyle Verreynne (62 from 53 balls) and Andile Phehlukwayo (54) revived the chase.

However, the required rate remained challenging and when the pair were dismissed in consecutive overs, the Proteas hopes quickly faded and they were bowled out for 292 in the last over of the match.

Having been asked to bat first, Pakistan got off to a bright start against a South Africa side shorn of its five IPL-bound stars as Imam-ul-Haq and Fakhar calmly compiled a 112-run opening partnership before the former perished trying to hit Keshav Maharaj over long on and picked out Verreynne in the deep.

South Africa did have to change more than half its team following a series-leveling win in the second game after five players left for the IPL and batsman Rassie van der Dussen was ruled out injured. But Pakistan was still clearly better over the course of the three games. Many seniors of the game were not happy with the decision by the South African cricket board of allowing their players to go play for a T20 league while hosting an international series.

T20 series is lined up next. Four match series will start on 10th April and last match will be played on 16th of April. In Proteas vs Pakistan head-to-head battle in T20I cricket, the Proteas have an edge of one victory with 9 wins in total of 17 matches. Their second T20 match against each other was the first semi-final of 2009 Twenty20 World Cup. Pakistan won the match by 7 runs and went on to lift the trophy. Both the teams also faced each other in 2010 and 2012 Twenty20 World Cup too, with Pakistan winning both the matches.

There have been changes in both teams which were initially selected before the tour. Pakistani leg-spinner Shadab Khan has been ruled off the series due to an injury. Fakhar Zaman who was not initially selected for the T20 team is now included.

The Proteas have number of changes due to injuries and players traveling to India for IPL. Having already released Kagiso Rabada, Quinton de Kock, David Miller, Lungi Ngidi and Anrich Nortje to play in the IPL ahead of this year’s T20 World Cup in India, South Africa has since suffered injuries to key men.

Captain Temba Bavuma has been ruled out with a hamstring injury, while Dwaine Pretorius has not been medically cleared to take part as he continues to rehabilitate from a rib fracture. Rassie van der Dussen has remained with the squad but he is currently battling a quad injury, and Reeza Hendricks has withdrawn following the birth of his first child.

Janneman Malan and Kyle Verreynne both impressed in the final ODI, scoring 78 and 62 respectively and both will be hoping for further opportunities this month. Fast bowler Lutho Sipamla will similarly be looking to establish himself at this level.

Just like for South Africa, this series is another chance for Pakistan to ready themselves for the T20 World Cup.