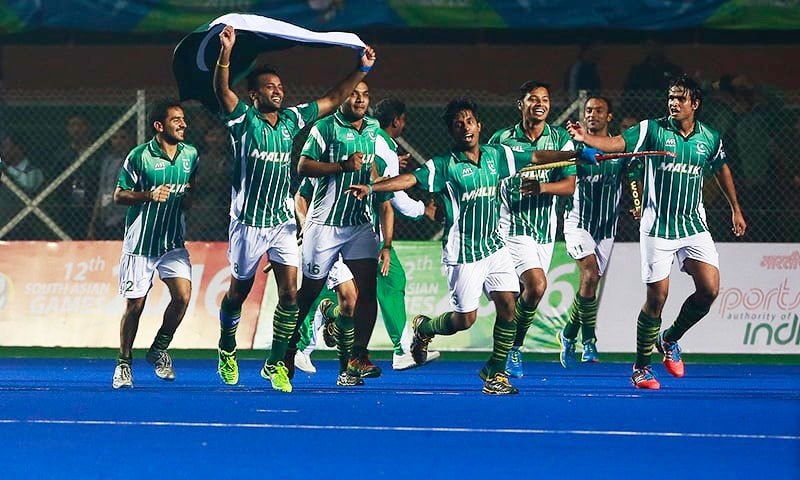 Few international hockey teams have a history as storied as the Pakistan men’s side. Four World Cup titles, the most by any nation in the history of the sport. Three Olympic gold medals, including the first to break the six consecutive golds won by neighbours and arch-rivals India. For anyone growing up watching hockey, as recently as during the 1990s, few teams personified big match temperament and swagger like the Pakistanis.

Today, though, that swagger has faded and the entire edifice on which Pakistan hockey rests lies teetering on the edge. For a nation with three Olympic golds, and consecutive appearances at the Games between 1948 and 2012 (broken only by a boycott in 1980), they run the risk of a heavy decline.

As dramatic as Pakistan hockey’s slump may seem, it was anything but sudden. It has been a painful decline for the most successful team in the history of hockey, which began when Pakistan not only failed to win the 1986 World Cup in England but finished 11th in a 12-team event.

The team that had won three out of its five previous WC outings suddenly finishing at the bottom was perhaps the biggest shock in the world of sports at that time. In the following event, which was organized in their backyard, Pakistan again failed to lift the trophy.

This was perhaps the most crucial time because two years after the 1990 Hockey World Cup, Pakistan found another hero in Imran Khan who marched on to make history as he lifted the Cricket World Cup.

This shift was especially significant because after 1992 despite Pakistan again winning the hockey World Cup in 1994 the media attention that once belonged to hockey was now riveted to cricket in Pakistan.

For the last many years, the Pakistan Hockey Federation (PHF) has been unable to give maximum international exposure and facilities to senior as well as junior players. What is more disturbing is that the crippling financial state of the sport has finally struck a killer blow to the country’s national game.

However, such has been the state of Pakistan hockey over the past two decades that it came as no shock to anybody when the team failed to qualify.

For the mandarins who run the hockey show, though, the priorities lay elsewhere. The harsh truth is that the national sport has been reduced to a game of musical chairs, where the officials and Olympians of yesteryear have taken turns to deprive hockey of both prestige and funds.

At the same time, the country’s obsession with cricket and the government’s indifferent attitude have not helped as the corporate sector and well-wishers have switched their loyalties to the gentleman’s game, the highly successful Pakistan Super League being a prime example, relegating the national sport to the background. It is also very unfortunate that the PHF has become politi- cized and nepotistic over the years, just like its cricket counterpart. In the national sphere and the sporting arena the root of our dilemma is the notorious system of patronage and imposed cronies, to the exclusion of merit and professionalism.

Under the powerful patron’s benevolent gaze, the pick and choose appointees can survive scandals and failures that would crush an ordinary mortal. These are times when one fails to figure out what is keeping Pakistan hockey alive.

In other countries, the people running the hockey affairs contrib- ute by taking professional decisions and by executing them with competence rather than on the basis of personal preference and bias. But, frankly, we are not such a nation.

The statements given by the top PHF officials in the national media aim at to make people believe things are headed in the right direction and that there is light at the end of the tunnel. The fact is that the way things are being conducted, the days ahead are anything but bright.

Pakistan hockey, which remained up in the clouds for more than three decades, is not the same force that it used to be. Hockey structure lacks in terms of skills and competitiveness. The very base of the game has shrunk beyond belief.

Pakistan hockey’s slow and painful decline began after 1994. Crick- et, with better financial rewards and glamour, slowly replaced hockey in schools and colleges. For the last two decades, the government has done nothing seriously for promotion of the national sport of the country but wants results. What a pity.

The downslide coincides with the advent of artificial turf that gained currency in the late 1970s and early 1980s. It changed the dynamics of Asian hockey, rendering the dribble-and-dodge game of short passes that Indians and Pakistanis were so good at completely obsolete.

It also cut the careers of players by half, and demanded greater physical fitness than before. The Asians have not been able to match the fitness levels of Western players. Also, the International Hockey Federation (FIH) has over the decades changed some basic rules of the game that the Asians had mastered in their heyday. This also proved to be a disadvantage.

Building a strong team is not an overnight process and it takes years to put together a balanced side keeping in view the modern approach to competitive international hockey, and the exacting scientific prepa- rations that the international teams cannot do without.

The standard of the game is changing so rapidly that the gap between the best and the second in line has narrowed considerably. In fact, the difference between the four top teams has become so small that whenever any two of them meet it is very difficult to predict the outcome of the game.

Failure to qualify for the Olympics is the most forgetful incident for Pakistan hockey. What is worse, Pakistan hockey seems to be on an inexorable downward slide. And realistically speaking, it is difficult to harbour any hopes of the national team doing any better or revive itself to its former glory in coming years with the cronies running the show and incapable officials handling the affairs of the national sport of the country.

The future of hockey in Pakistan heavily depends on paying attention to grassroots hockey structure. Pakistan was once a fantastic hockey nation that ruled at the international level for decades on the power of their talent and skill. Now they are strug- gling to make their mark at the highest level of the game.

Pakistan hockey needs adequate hockey activities at early level which is only possible by evolving a system which could ensure that hockey gets due attention among the youth.

In the absence of these, we should not even dream of reaching for the sky.