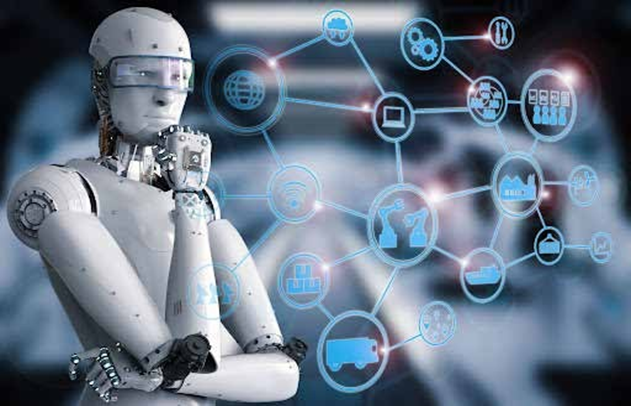 “Siri, could you please call…” “Google, tell me the best restaurants near me” or “Alexa, play music” are things we are already so used to hearing and saying that we don’t even realize that we are speaking to an inanimate object.

Do we realise we are plunging at a breakneck speed into a world where we’ll see more robots and machines than humans? Do we realise the implications of this profound change?

From automatic vacuum cleaners to medical treatments, Artificial intelligence (AI) is taking over the world. Ever since the first batch of COVID vaccines were dispatched, people have been curious about how a vaccine was made this quickly. It never crossed our minds that it was possible because of AI and machine learning.

‘Machine learning models’ were used by scientist to narrow down relevant information regarding the virus out of thousands of subcomponents data. This made research faster and easier for scientists to compile information and create a vaccine.

AI has not only saved time in our busy schedules but it has also made life easier for those with less abilities than the rest of us. Seeing AI is an application that one can download to a smartphone. It describes the surroundings for the visually impaired, allowing them to be able to enjoy the scenery just like everyone else. It also protects them from dangers of bumping into something or someone.

Other than helping people see, these new technologies give arms and legs to people to work and walk. ‘Prosthetics and AI’ for amputees are being combined to make the experience as close to reality as possible. Soon to be accomplished mind detecting sensors in prosthetics would help move the limbs more quickly and easily.

AI also allows for people who speak different languages to communicate. AI translators translate written or spoken words in one language and converts it into another language. Learning a new language has become much easier because of this and travelling to a foreign country whose language you don’t speak is no issue at all anymore.

AI for the economy

A study by PricewaterhouseCoopers (PwC) forecasted that the use of AI will change the global GDP by increasing it by up to 14 percent (the equivalent of USD 15.7 trillion) by 2030.

Moving forward, many companies will be employing AI to increase their productivity and efficiency. It can also help in conducting research on market trends and peoples’ preferences so more relevant products can be created.

While work is being done by machines, humans can focus on finding new strategies and techniques to market their product. It will also reduce stress and pressure over labour and help them relax more.

AI can also provide assistance in regards to investment. AI helps the investors by informing them of automation, ease of use, scalability, decision-making assistance and risk analysis for a good experience for banking requirements.

This will increase the success rate of investing in projects. Similar technology will be used in the near future in regards to trade negotiations by providing data analysing the economic trajectories of each negotiating partner. A convincing proposal can thus be created accordingly.

The use of AI by online companies like eBay is already coming into play making shopping much easier. This allows small businesses to integrate with the global economy and share the fruits.

However, we cannot forget that the employment of these new technologies is sure to disrupt the economy. People will be left jobless and without a steady income as they are replaced with automatons.

People not skilful with modern technology or lacking the ability to adapt to change would lose their jobs. If people don’t have an income, they will not be able to afford the products, thus surplus production will go to waste.

Wealth will be concentrated among countries who can afford to manufacture AI and thus the gap between the first world countries and third world countries will widen. This will lead to income inequality and disparity in resource distribution.

Machines on the battlefield

There have been rumours ever since the invention of mobile phone and AI like Alexa and Siri that the government and the military are observing us and listening to our conversations. But is that really true?

While it’s difficult to say for sure, similar techniques are being used with the help of CCTV cameras in public places. This is to make sure that no suspicious activity is

taking place and also to identify criminals or terrorists in the scenario that such a thing is in fact taking place.

Soon AI will be used by the military to observe enemy territories through drones. As well as attacking them with the help of robotic swarms or the delivery of disease through nanobots to disrupt the life of the enemy.

Going forward, countries will have to keep a lookout for even the most unexpected attacks from anonymous countries.

There are also chances of ‘killer robots’ being used to kill people instead of human police or military. The purpose behind this is to remove any chances of remorse of hesitance by humans while killing the other side.

It is safe to say that the world inevitably will eventually be taken over by machines and life will continue to become faster and easier. Technology will keep progressing.

But if we do not proceed with adequate caution, the economy and society as we know them today will be destroyed, causing untold human suffering and misery.