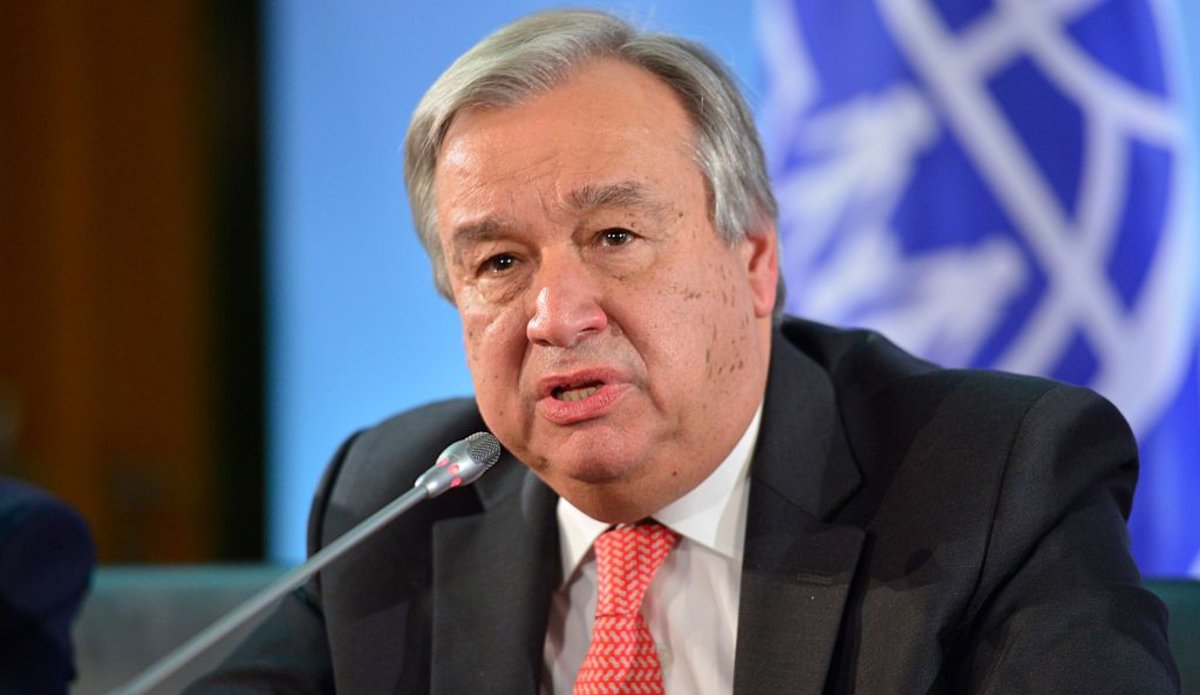 “Fighting must stop. It must stop immediately,” Guterres said. “It has the potential to unleash an uncontainable security and humanitarian crisis and to further foster extremism, not only in the occupied Palestinian territory and Israel, but in the region as a whole,” he said.

“Act now to end the aggression and the assault on our people, our homes, our land. Act now so freedom can prevail, not apartheid,” he said.

Hamas, which controls the Gaza Strip, began lobbing rockets after Israeli troops entered the Al-Aqsa mosque compound in Jerusalem following moves to expel Palestinians from their homes in the holy city.

Maliki — part of the Palestinian Authority that runs the West Bank, not rival Hamas — said that Israel could not expect to “bear no consequences” for its actions as an “occupying colonial power”.

“Israel always says, put yourselves in our shoes. But Israel is not wearing shoes. It is wearing military boots.”

Speaking afterward, Israel’s ambassador to the United Nations, Gilad Erdan, alleged that the tensions were “completely premeditated” by Hamas as part of an internal power play after the Palestinian Authority delayed long-awaited elections.

“Do you really believe that this property dispute is what caused Hamas to launch these large-scale attacks on the people of Israel?” Erdan said.

He urged the Security Council to condemn Hamas, insisting on a moral difference as he said Israel “makes every effort to avoid civilian casualties” – a claim activists reject as preposterous.

Palestinians, including civilians, have borne the overwhelming brunt of Israel’s relentless air strikes, with authorities in Gaza reporting that at least 55 children are among the 190 people who have died. Ten people have died in Israel.

Erdan hailed the support of the United States, where President Joe Biden has repeatedly defended what he says is Israel’s right to self-defence.

China, which holds the rotating presidency of the Security Council, said the United States had blocked its efforts for “strong action” — and invited Israelis and Palestinians to come for negotiations.

“Regrettably, simply because of the obstruction of one country, the Security Council hasn’t been able to speak with one voice,” Foreign Minister Wang Yi said. “We call upon the United States to shoulder its due responsibilities.”

The Biden administration has insisted that it is working behind the scenes, including through a visit to the region by an envoy, and that a UN statement could backfire, according to diplomats.

Linda Thomas-Greenfield, the US ambassador to the United Nations, stopped short of insisting on an immediate ceasefire, saying the Biden administration was in touch with all sides including Qatar, which has close ties with Hamas, and Egypt, which has a peace deal with Israel and borders Gaza.

“The United States has made clear that we are prepared to lend our support and good offices should the parties seek a ceasefire,” she said. “We believe Israelis and Palestinians equally have a right to live in safety and security.”

One diplomat, speaking on condition of anonymity, called the US stance “a little strange” seeing as Biden came to office vowing a return to multilateral diplomacy.

“We thought that they will be eager also to show that the Council is relevant in situations like this,” the diplomat said.

Biden defeated the staunch unilateralist Donald Trump who was also a zealous backer of Israel, with his Republican Party already accusing Biden of not doing enough for the Jewish state. agencies

In this article:China sympathy to Palestine, Israel acts like terrorist, Israel Palestine Issue, UNSC in action, US