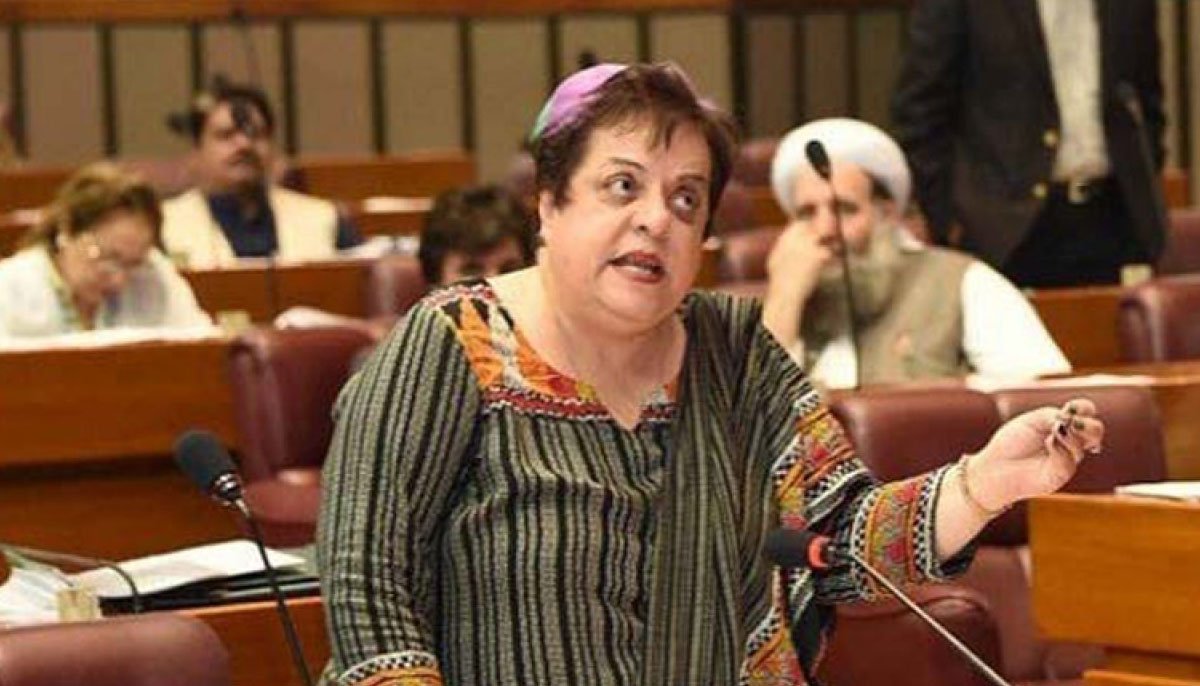 Former Chief Justice Jawad S. Khwaja and former Senate Chairman Raza Rabbani appeared free spirits with their ponytails, a hairstyle that defied the regular and safe look of the political and judicial elite of the land of the pure. Shirin Mazari’s rainbow skull falls in the same league, a statement of independence, and defiance of the norm. Her valor goes beyond her hairstyle for sure. Her multi-colored top, so to speak, is just the tip of the iceberg.

Shirin, the braveheart, broke barriers last week, as she attacked France, not the way Fuhrer did, but through a tweet. She wrote, “Macron is doing to Muslims what the Nazis did to the Jews – Muslim children get ID numbers (other children won’t) just as Jews were forced to wear the yellow star on their clothing for identification…” Nothing of the sort had happened in France, the news was fake. The French foreign ministry and the France embassy in Pakistan reacted to Federal Minister Shirin Mazari’s tweet in a manner that reminded one of the phrases ‘Excuse my French’.

Later, the source website retracted the news and Shirin deleted her tweet but the damage had been done. Pak-France relations have gone sour for no reason but sheer ‘freedom of expression’, as Shirin considered it her right to react to an unverified news item without consulting the foreign office or the foreign minister whose domain it happened to be.

The PTI government seems to have drawn the right lessons from the mammoth Janazah of Maulana Khadim Hussain Rizvi and is convinced that, following in his footprints, no opportunity shall be missed to cater to the popular religious sentiments of the masses. Hence, the tweet.

What is the cost of bad relations with yet another country, and that too, France? Our half a billion exports to France and around 125,000 legal Pakistanis living in France apart, France is a strong player in the decision making in FATF. A friend in the government thinks, “if we can have bad or lukewarm relations with almost every country on the map except about half a dozen, and survive, it is okay if France too turns hostile. No worries.” Amazing wisdom, indeed!

Another pearl of wisdom that has recently attracted attention is the Government’s decision to make its own corona vaccine. Self-sufficiency will touch new heights if the feat is achieved; something that Pakistan has not been able to accomplish even in the wheat crop. What are the vaccines that we have developed so far? Of measles or rubella? Chickenpox or smallpox? But there is always a first time for everything and maybe the moment of truth has arrived for us. That’s what we thought when in 2012 a gentleman from Khairpur, Sindh, Agha Waqar ‘invented’ the water-fueled car which, at least initially, received thunderous applause from the government, media, and the scientists alike. Nobody then realized that, unlike the constitution of Pakistan, the second law of thermodynamics could not be held in abeyance.

Science and miracles are two different things. Our budget allocations for science and technology, research and development, Higher Education Commission have been plunging over the years. Our budget allocations for tanks, submarines, and fighter jets have been soaring. We are fully prepared to defend every inch of our motherland, but developing vaccines is something we have not prepared ourselves for. Countries prepare for war during peace times and not in the middle of a battle.

Nothing should, however, deter us from trying to develop a vaccine. If we succeed, great. If not, at least there will be political stability in the country, and the government will complete its five-year term, as during the pandemic the government has banned public gatherings. But the stubborn PDM is not listening to the sane governmental advice on strict observance of the Corona SoPs. The alliance leadership has a counterargument of sorts that why the Prime Minister’s gatherings or tiger force conventions are considered safe, while the PDM’s gatherings are being considered The Primary Reason behind the flagrant Corona spread. The PDM, at least, in this case, seems to have failed to appreciate the camouflaged recognition by the government of the huge numbers turning up at the opposition rallies, tearing apart the rule of mandatory social distancing.

The opposition rallies would have sounded innocuous and the government wouldn’t have bothered at all, but a proclaimed offender by the name of Nawaz Sharif is turning it all into ‘too hot to handle.’ He has stirred up a new debate – to name or not to name. Even the PDM seems divided on the issue. But Nawaz has never appeared more clear- headed.

The situation reminds one of a famous Jaun Elia qita: