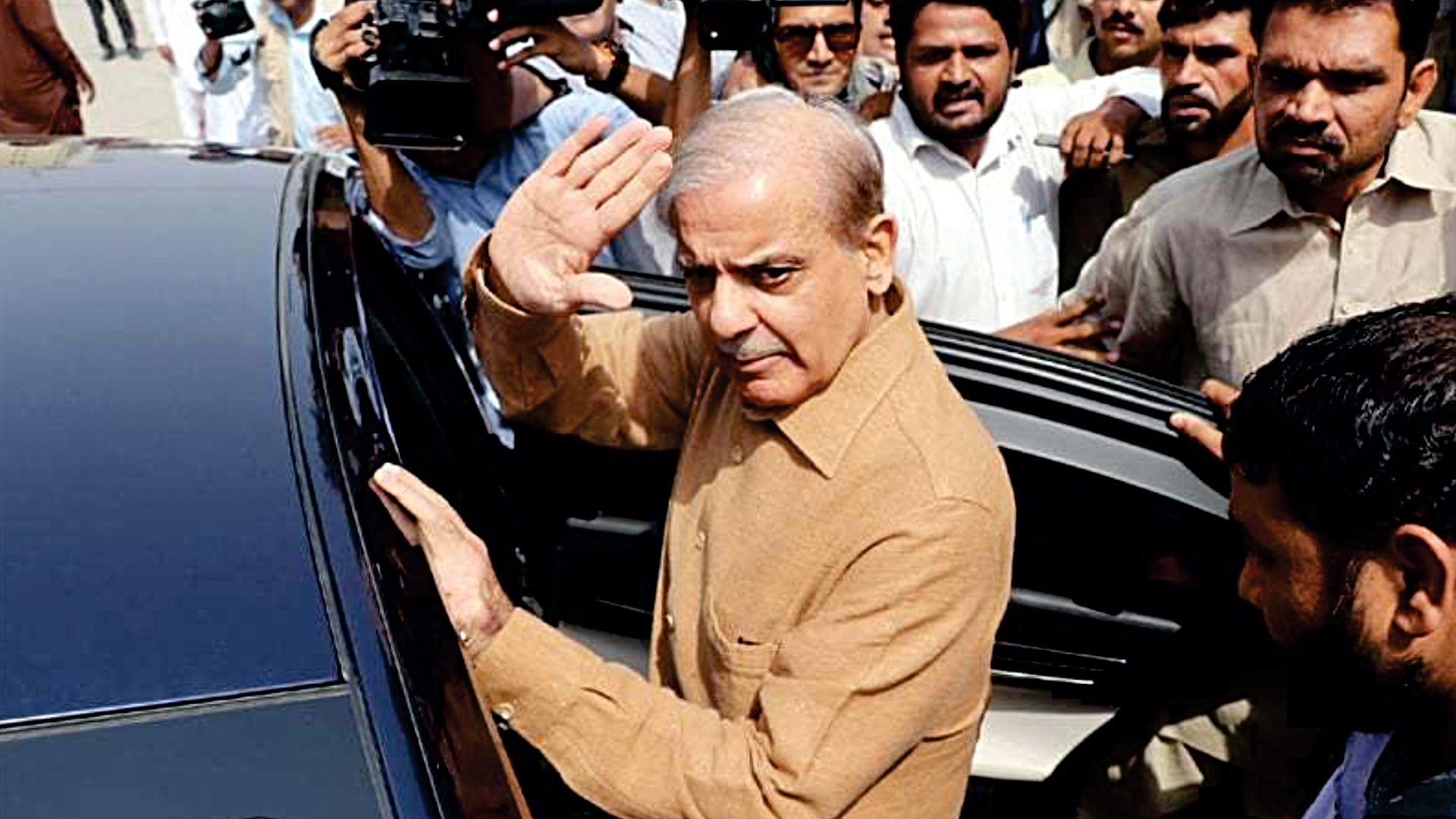 PML-N President and Leader of the Opposition in the National Assembly Shehbaz Sharif was arrested by the National Accountability Bureau (NAB) on Monday after the Lahore High Court rejected his bail plea in a money laundering and assets beyond mean case. Large number of PML-N supporters were present at the time of his arrest. They chanted slogans against the government and termed it worst political victimization.

Last week, the LHC had extended the pre-arrest bail of Shehbaz, while arguments of his counsel were in progress and had directed him to conclude his arguments in the next hearing. Reacting to Shehbaz’s arrest, PML-N Vice President Maryam Nawaz, said in a tweet:

“If there were accountability and justice in this country, it would not have been Shehbaz Sharif who was arrested but Asim Bajwa and his family.”

PML-N Information Secretary Marriyum Aurangzeb slammed the arrest, alleging it was political victimisation by the government.

“The entire nation has been handcuffed through Shehbaz’s arrest,” she said outside court,

saying the arrest was a result of the “NAB-Niaz nexus”.

Meanwhile, Information Minister Shibli Faraz, while talking to a private news channel, said that the reference “should not be turned into a political case”. He added that the decision had been taken by a court and was a result of the opposition leader’s corruption.

During today’s proceedings, Shehbaz’s legal counsel Azam Nazir Tarar said that the PML-N president’s arrest at this stage of the case could not be justified and added: “NAB’s dishonesty is apparent everywhere.”

He said that Shehbaz was already facing two other references filed by NAB, arguing that the cases against the opposition leader were “fake”.

He further pointed out that though the copies of the reference had been provided, Shehbaz was yet to be indicted.

Tarar told the court that the former Punjab Chief Minister had done a net saving of Rs81 billion in the Orange Line Train Project and Rs400 million in the taxi project. Collectively, Tarar said, Shehbaz had saved Rs1 trillion in net savings.