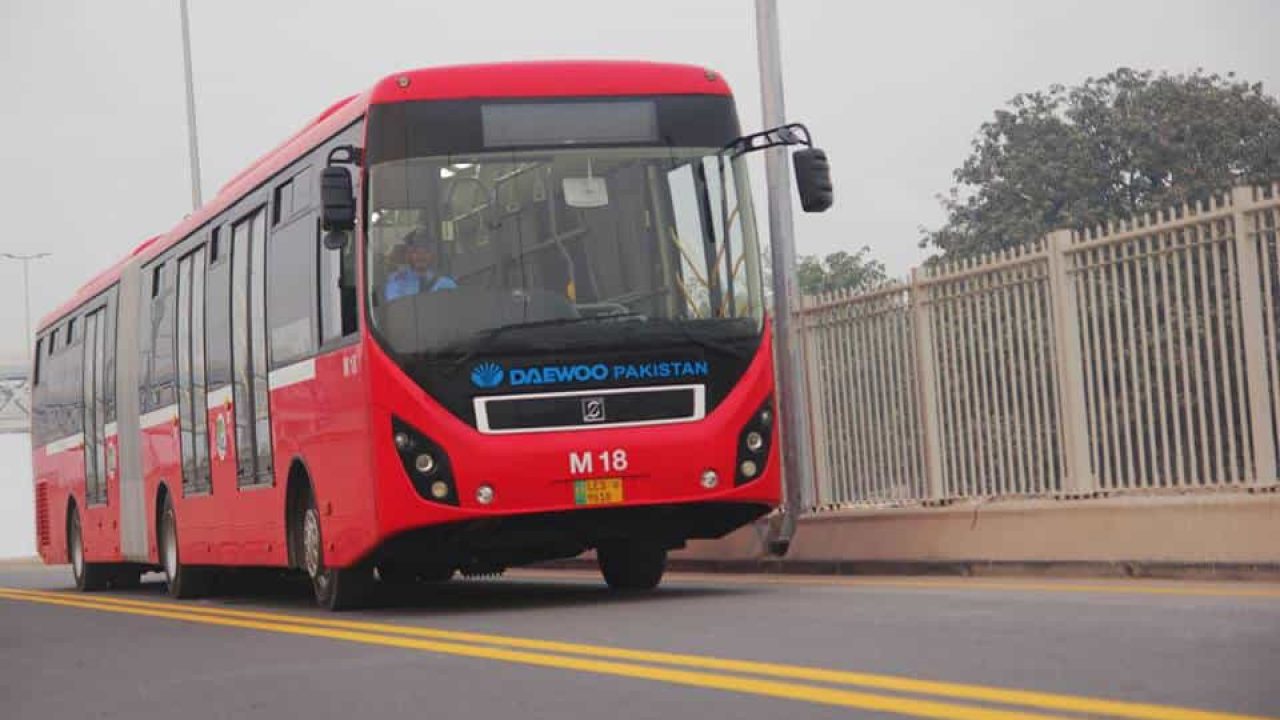 The three metro bus services in as many cities of Punjab and the stalled, rusting multi-billion-rupee Orange Line Metro Train in Lahore is a thorn in the side of Punjab which it finds difficult to carry on or terminate. The reason for the forced marriage is the high economic cost in both cases of either continuing or abandoning these projects.

These were the flagship projects of the previous PML-N government of Mian Shahbaz Sharif. The bus services rolled out on elevated pathways costing nearly Rs1 trillion. The cost of traveling on these buses was found higher than the general spending power of the intended commuters. The government had declared it a welfare project and claiming the cost through tickets would have defeated this slogan. The answer was “public money”, which the government began to pay in subsidy worth billions of rupees. The subsidy for the metros and their feeder route buses is Rs8.1 billion for the current year. It was Rs8.3 billion for the last financial year.

The province is bound to pay the subsidy in future no matter which party is in power.

The PML-N government went home in the 2018 elections. The new PTI government did not like the bus system because of the high cost but could not do away with it.

Similarly, the former PML-N government began the Orange Line Train Project with billions of rupees Chinese loan and completed its pathway despite litigation and objections from all sides. Nevertheless, it could not start the service.

The PTI government also found the project financially unbearable but is not able to wrap it up in view of the billions of rupees already spent and the compulsory repayment of the loan.

“The PTI government is in a fix,” a cabinet minister said. He kept mum when asked about the launch of the Peshawar Metro Bus service by the government of his own party. Many questions are raised on the design of the service, its quality, and cost, though.

The Shahbaz regime had introduced the bus services and launched the Orange Line Train Project after scrapping the $2.4 billion Mass Transit System devised earlier by the Chaudhry Pervaiz Elahi government. In the first phase, it had to link Hamza Town to Shahdara, claimed Mr. Elahi at a press conference he addressed on January 23, 2010, to express his displeasure over abandoning, what he said, was the best ever transport system for the city.

According to sources in the repository of all government information in Punjab, the Orange Line Metro Train infrastructure was built under a Chinese loan of $1.6 billion. Many say it was obtained at a high-interest rate. Officials say it is a secret under the CPEC agreement but assume it to be around 4%. Even if the interest rate was not higher, the principal amount of the loan has itself grown manifold because of the devaluation of the rupee against the dollar. The repayment of the loan and the interest will remain the headache of every Punjab government for a long time to come.

Here comes the operational side. Under the arrangement, it required a separate contract for which basic work had been completed. But, the authorized Punjab Mass Transit Authority (PMTA), headed by Chief Minister Usman Buzdar, canceled the multi-billion rupees O&M (Operation and Management) contract after reportedly finding irregularities in it. The reasons were many.

Sources in the Chief Minister House say the Rs60 billion contract awarded to a Chinese company for running and managing the train for around 10 years was canceled in June last year on various legal and technical grounds given by different departments and agencies concerned.

The canceled contract was reportedly designed by former PMTA managing director Sibtain Fazle Haleem whose own term in office had expired six months earlier. He was nevertheless given an extension in his contractual service.

Insiders claim that the request for proposals of the bid was publicized without seeking approval of the competent authority. The approval was sought after selecting the contracting party. The legality and financial aspects of the bid were got checked by the authority from different departments and agencies.

The authority under the chief minister rejected the bid on the grounds that the contract was to be for 5 years but was given for 10. Its operational cost was also high despite the fact that the whole train project was owned by the provincial government.

The authority re-advertised the job and the government is in the process of selecting the most suitable bidder. It is likely to be a combination of a local and a Chinese enterprise.

But the issue is not so simple. The government will have to pay around Rs440 million monthly to the contractor for the operation and management of the train service. The combined burden of running the train is estimated at Rs10 to Rs11 billion per year which the province is required to pay as subsidy. This includes subsidy on the ticket if it is fixed at Rs50. The Punjab government has now reportedly fixed the fare at Rs40, which means more subsidy.

Officials say the breakeven rate for a one-way ticket is estimated at Rs175.

Buses: The Shahbaz government had introduced the metro bus system in Lahore, first spending Rs30 billion on its pathway which became controversial. Many disagreed with the declared cost and claimed it was much higher.

The Lahore metro service was followed by the Rawalpindi- Islamabad and Multan metros whose installation cost Rs34 billion and Rs 30 billion, respectively. The ticket was Rs20 per person. Feeder bus service was also launched in Lahore. The Punjab government is at present paying Rs8 billion annual subsidy for the three buses and the feeder facilities. It doesn’t like it, but there is no other choice.

Insiders reveal that the operational contract of the Lahore Metro is expiring in September. Bids for the new contract are required to be invited six months prior to the expiry date under the rules. The authorities concerned did force the Mass Transit Authority board to invite the bids in January, but they have just been opened.

“The keyword is that the present lowest bid offer is Rs304 per km as against Rs360 per km on which the contract was awarded eight years ago. This difference indicates something fishy in the previous contract,” one official says.

He says the new bid offer, if accepted, would mean saving of Rs250 million annually.

“We are paying the contractor to run buses on our infrastructure and we do not even own them,” another official said.

The bus service remained suspended for three to four months due to the coronavirus lockdown. But the company has claimed subsidy for this period under the force majeure clause of the agreement. The authority could have sought a waiver from the company under the same clause which it did not. Now the government is bound to pay Rs580 million for the non-operational period. The company has reportedly sought a three-month extension and if granted it would mean another higher subsidy for the period.

The bus service covers one route – from Shahdara to Gajju Matta– whereas it has 150 bus routes as per official record. For that, the city requires 2,500 buses which, according to common perception, would have been much cheaper to run compared to a white elephant like the metro bus service.

The Shahbaz government was covering these routes through another company, the Lahore Transport Company, paying it a huge subsidy, according to unconfirmed reports. It has stopped operations and the buses have gone missing.

The Multan metro is riddled with more issues. Those in the administration say Multan needed a proper sewerage system and not this bus service. The claim is proved by the low turnout of passengers, indicating that the number of beneficiaries is much lower than the amount spent on the project.