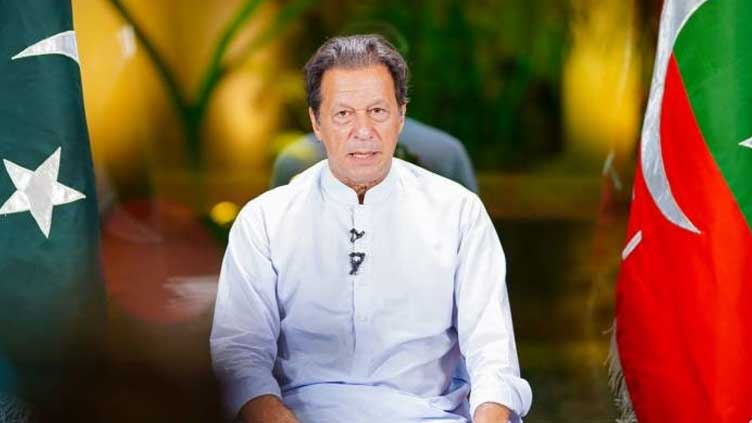 LAHORE: The Pakistan Tehreek-i-Insaf has indicated resuming their seats in NA in an attempt to ensure that the “party turncoats” do not concede for Prime Minister Shehbaz Sharif get a vote of confidence.

PTI chief Imran Khan speaking to media persons shared that planning and consultations with party leaders and legal experts were underway to block out PTI’s turncoats from siding with the ruling coalition of Pakistan Democratic Movement (PDM).

Sources say the PTI is not interested in discussing the caretaker set-up at the federal level  because in  the matter will eventually land in the court of the Election Commission of Pakistan, but it’s considering “testing” PM Sharif’s strength in the house sensing that cracks are appearing in the PDM’s ranks

According to reports, Imran Khan told media persons that they would return to the National Assembly to play its role in the finalization of the caretaker set-up. He said PM Sharif would soon be having “sleepless nights”.  Claiming that some PML-N MNAs are in contact with PTI, he said they would be “entertained” after they “qualified his test”.

PTI’s senior leader Fawad Chaud­hry speaking to media said that the party’s return to the National Assembly was linked with its plan to oust PM Sharif.  He said PTI was seeking legal opinion on how it could bind its MNAs to vote in line with the party policy in case of a no-trust move, and if that can be achieved without joining the assembly. “We will take the decision for returning to the National Assembly based on the legal advice.”

While PTI dissident Raja Riaz holds the parliamentary party leader’s position in the National Assembly, PTI fears that he may decide to vote in favor of the prime minister if President Arif Alvi asks Shehbaz Sharif to take the trust vote.

Raja Riaz leads the group of PTI MNAs who did not tender their resignations when the party decided to quit the assembly in the aftermath of Imran Khan’s ouster as PM in last April.

Interior Minister Rana Sanaullah, in the meanwhile, stated that his government would “welcome back” PTI MNAs to the National Assembly and added that the federal government would discuss the caretaker set-up only after the government completed its tenure in August.

The PTI leader acknowledged that talks over a caretaker set-up were not the sole reason to consider returning to the assembly because the ECP would finally be deciding about the caretaker set-up — “as per the whims and wishes of PML-N”.

Mr Khan said the “PDM government had been trapped as they could not dare increase petroleum products’ prices and added that this action would keep the IMF away from Pakistan”. Continuing his tirade against the establishment, the former prime minister said there was no letup in the “Bajwa doctrine’s” activities.

He described it as the weakness of PTI Karachi and “rigging” by the ruling PPP for losing in local government elections in Karachi.