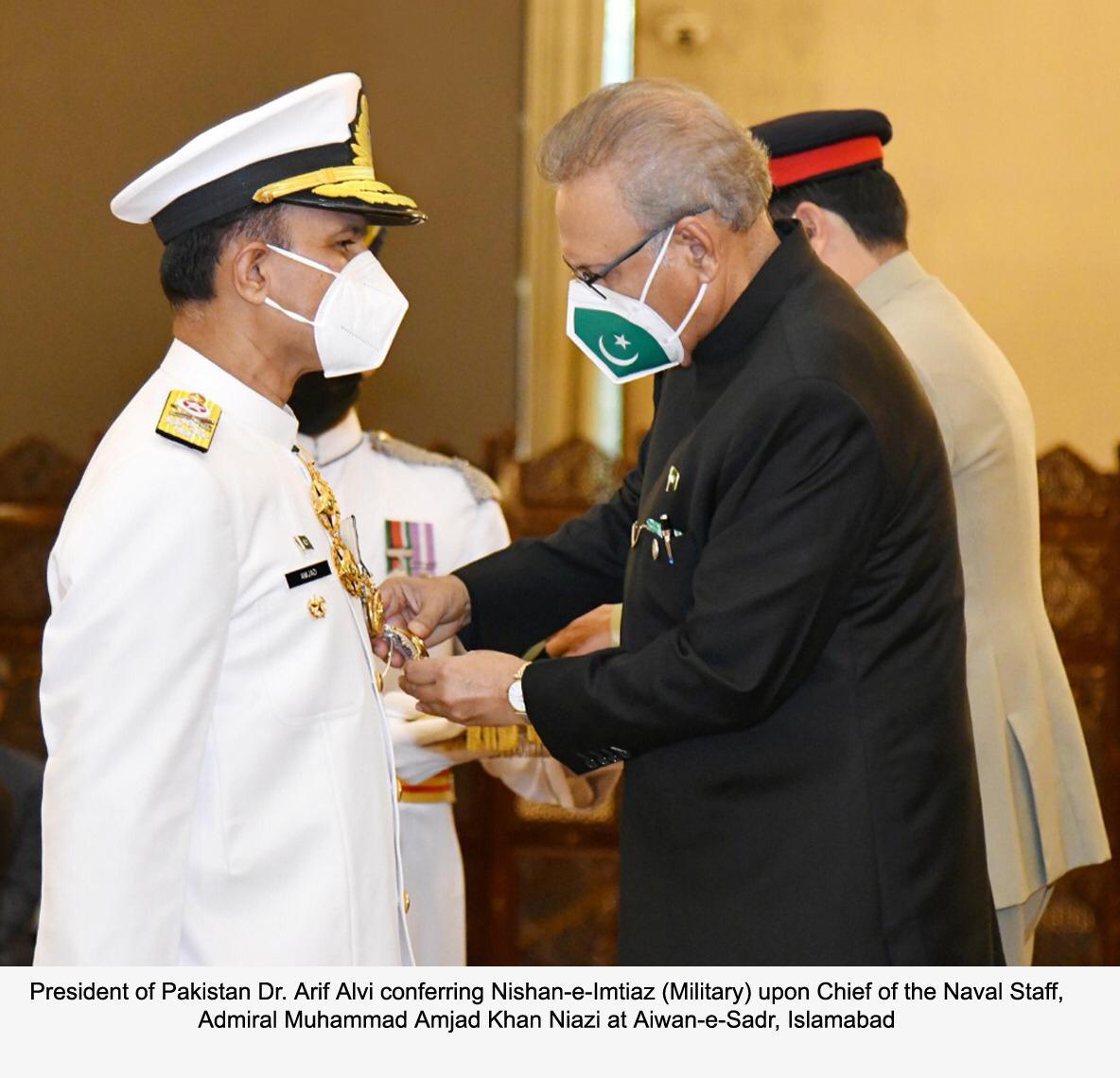 Islamabad, 15 Oct 20: The President of Pakistan has conferred Nishan-e-Imtiaz (Military) upon Chief of the Naval Staff Admiral Muhammad Amjad Khan Niazi, during an impressive ceremony held at Aiwan-e-Sadr Islamabad.

The Military Award has been conferred upon the Naval Chief in recognition of his exceptionally commendable performance and selfless devotion to the maritime defense of the country. Admiral Muhammad Amjad Khan Niazi NI(M) in all his professional pursuits has exhibited dynamic leadership, impeccable moral strength, exemplary professional competence, and a remarkable sense of commitment while serving Pakistan Navy. During his outstanding service, the Admiral has profoundly contributed to the development of Pakistan Navy.

Chief of the Naval Staff, Admiral Muhammad Amjad Khan Niazi NI(M) was commissioned in Operations Branch of Pakistan Navy in 1985. The officer undertook initial training at Pakistan Naval Academy. In recognition of his outstanding performance during training, the Admiral was awarded CJCSC Gold Medal and the coveted Sword of Honour. During his distinguished career, Admiral Muhammad Amjad Khan Niazi NI(M) attained vast experience of both Command and Staff appointments.

In recognition of his meritorious services, beside the latest conferment of Nishan-e-Imtiaz (Military), the Admiral is also a recipient of Hilal-e-Imtiaz (Military) and Sitara-e-Basalat. Furthermore, during Tsunami in 2004 he spearheaded relief operations off Maldives which led to saving precious human lives, for which the Admiral was awarded the Medal ‘Chevalier’ (Knight) by the Government of France.