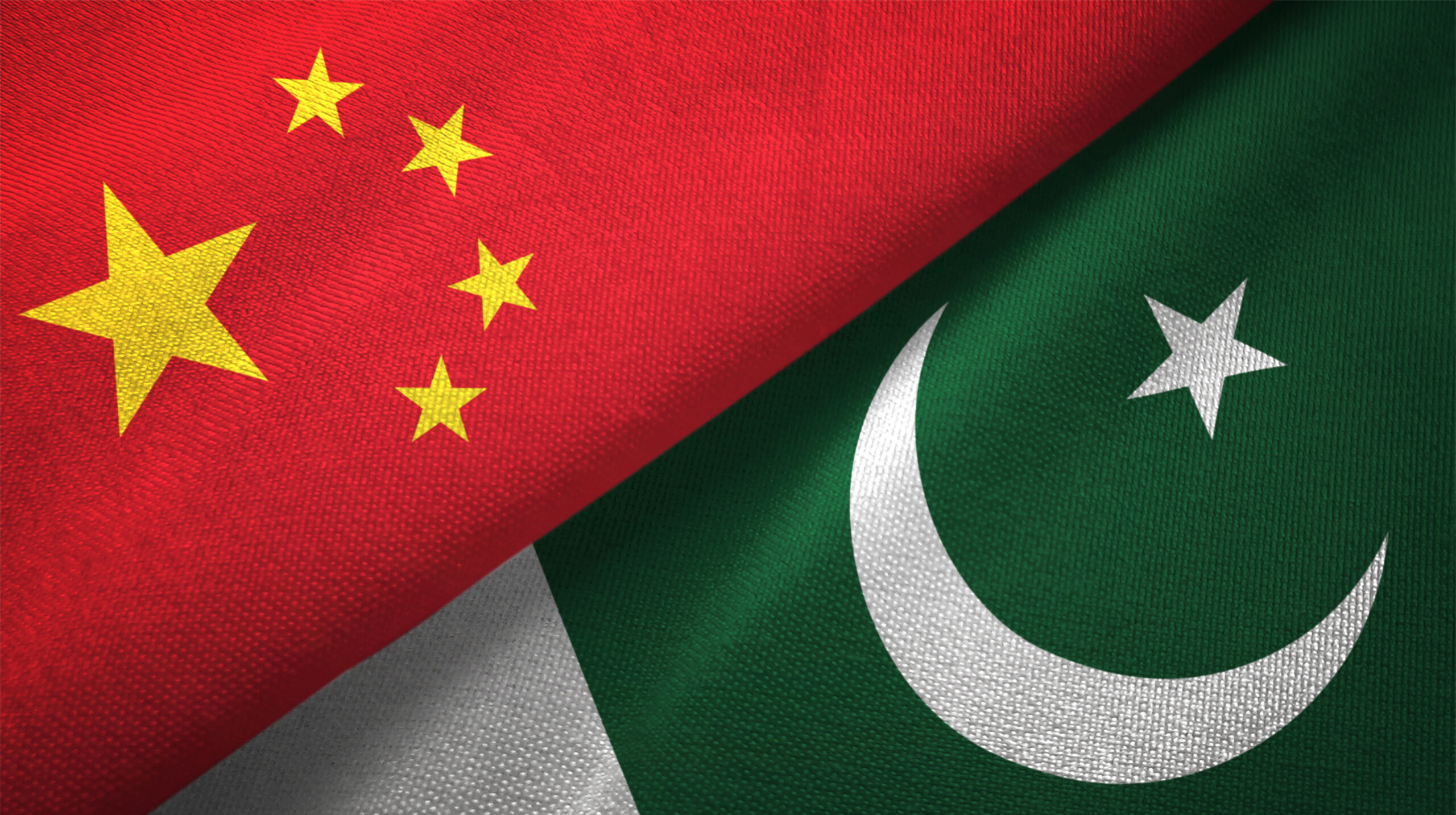 The American decision to withdraw from Afghanistan, after signing an agreement with the Afghan Taliban, and the decision by President Trump not to use the military option either in Iran, Syria, and Libya are pointers to this policy of retrenchment. Overcoming the reluctance and the resistance of his generals, President Trump has chosen to militarily withdraw from Afghanistan after fighting the longest, unwinnable war in American history and this process is likely to be completed by May 2021.

The second major reality in the region is the rise of China which, according to IMF projections, can make China the world’s biggest economy by 2024.  This rise of China has not gone unnoticed in the West, particularly the United States which has launched what amounts to a New Cold War to ‘contain’ China by projecting the “China threat”.

The third major reality is that in the vacuum that has been created with retrenchment of American military and political power in the region, new forces are in resurgence, seeking to fill the vacuum created by the American retrenchment.  For example, a number of Muslim Middle Powers are now having a more proactive and assertive role in their respective regions.  Pakistan, for example, has been pivotal to the Afghan peace process, brokering a settlement between the United States and the Afghan Taliban and Pakistani diplomacy is also centered on projecting the Kashmir cause following the annexation of Occupied Kashmir by India.

Turkey, under the dynamic President Erdogan is flexing its political and military muscles in the region, reaching out to Russia for military equipment, supporting Qatar in its conflict with Saudi Arabia and there is now a Turkish military contingent based in Qatar.  Turkey is also actively supporting the UN recognized Government of National Accord (GNA) in Libya where the opposing faction is supported by Egypt and the UAE.  Turkey also does not hide its sympathies for the Muslim Brotherhood which is being persecuted by the regime in Egypt, a sympathy that is shared by Qatar as well.

Iran, despite the pressure of sanctions, remains a major player in the Middle East and the assassination of its revolutionary guard General Qasim Sulemani last January has not diluted either its proactive role or its political presence in Iraq, Syria, Lebanon or Yemen.  Additionally, Iran remains the principal supporter of such Palestinian organizations as Hamas, which is ruling Gaza in occupied Palestine, as well as other militant factions like the Islamic Jihad and the Hezbollah in Lebanon plus the Houthis in Yemen, which makes Iran one of the key players in the Middle East.

Apart from Muslim Middle Powers, Israel too has been active, both in promoting its interests as well as countering Iran.  Israel has developed a strategic relationship with Modi’s India since both have similar policies in Occupied Palestine and Occupied Kashmir respectively, primarily using demography to  transform a majority into minority in the respective occupied regions.

Israel has also launched a diplomatic offensive to get recognised by the UAE, which is its first inroad into the Persian Gulf region, although this development does not have a bandwagon effect since no other Muslim country has followed suit.

The most significant element in the Middle East equation is the virtual unraveling  of the 70 year old strategic understanding between the United States and Saudi Arabia, which essentially boiled down to an ‘oil for security’ deal in which uninterrupted supply of cheap Saudi oil to the United States was guaranteed in return for an American security umbrella that would protect the Kingdom of Saudi Arabia and the House of Sauds from all internal and external threats.

With the United States no longer dependent on Saudi oil to fuel its industrial machine, given the discovery of shale gas as a fossil fuel alternative and the fact about the retrenchment of US military power from the Middle East which was exemplified by the sudden withdrawal of American Patriot missile batteries from Saudi Arabia after Saudi oil installations had been attacked  from anti-Saudi rebels in Yemen, the nature of the chasm between Riyadh and Washington is evident. The American security establishment or the ‘Deep State’ as  President Trump labels it has also been sniping at the Saudi Crown Prince Muhammed bin Salman (MBS) on a host of issues. Trump himself also made disparaging remarks about Saudi Arabia in a famous public statement on October 2, 2018, when he said that

“If we stop supporting the Saudi Arabia, their regime would fall within two weeks”.

In fact, this process of distancing from Saudi Arabia had started earlier during the Obama administration when he signed the landmark nuclear deal with Iran much to the annoyance of Saudi Arabia and Obama also accused Saudi Arabia of fomenting religious extremism in different parts of Muslim world, during his famous interview with ‘The Atlantic’ in April 2016.

Given this context of historic and transformative change, Pakistan has been carefully calibrating its policies but at the same time clearly shown its preference for what it feels for areas that are deemed as the ‘core interests’ of Pakistan. Here are five key components of the future contours of Pakistan’s strategic choices in foreign policy in the context of the rapidly changing regional scenario.

Despite these tactical differences on specific areas, there is a mutual dependence which is at the core of Pakistan-Saudi relationship.  Pakistan is dependent on Saudi Arabia on the economic front given that 3 million Pakistanis live and work  in Saudi Arabia and send home remittances worth billion of dollars.  During key moments in Pakistan’s  history, Saudi Arabia has also offered a financial bailout as it did when Pakistan faced sanctions after the nuclear tests in 1998 as well as in 2018.  Saudi Arabia too is dependent on Pakistan for security and since 1982, there is a security pact that enables Pakistan to provide a Pakistani military presence through troop contingents to be based inside the Kingdom of Saudi Arabia for the defence of Saudi Arabia from any external military threat. Such a contingent was placed during 1983 to 1987 and this contingent was replenished during the 1991 Gulf War when Saddam Hussain had occupied Kuwait.  During the Afghan War years, 1979-1989, Saudi Arabia gave matching funds of $2 billion to Pakistan which was an addition to the $2 billion by CIA for the biggest covert operation in history after World War-II to finance, organize and train Afghan Mujahideen in the war against the Soviet Union.  Later, during the Afghan civil war, 1996-2001, only three countries recognized the Afghan Taliban regime namely, Pakistan, Saudi Arabia and UAE.

Finally, like other countries in the region, Pakistan is waiting for the outcome of the November 3 presidential election in the United States which will decide either President Trump could get the second term or President Biden will take over, in which case, some key US priorities would likely to change as Biden is closer to the thinking of the American security establishment than Trump.  That election will also determine the answer to 3 questions that impinge directly on Pakistan:

November 3 will determine the fate of these questions while the jocking  for power continues with proxy wars, a looming new cold war and other brewing conflicts, from Libya to Kashmir.  But one fact will remain unchanged, irrespective of whoever comes into power on November 3.  There is an inescapable conclusion about America’s decline and loss of political clout with the balance of economic and political power shifting from the West to the East in what is now increasingly viewed as the ‘Asian Century’ in which the rise of China will remain an abiding and irreversible reality.

About the author: The writer is Chairman of the Senate Foreign Affairs Committee and served as Editor of ‘The Muslim’ newspaper during 1982-1987