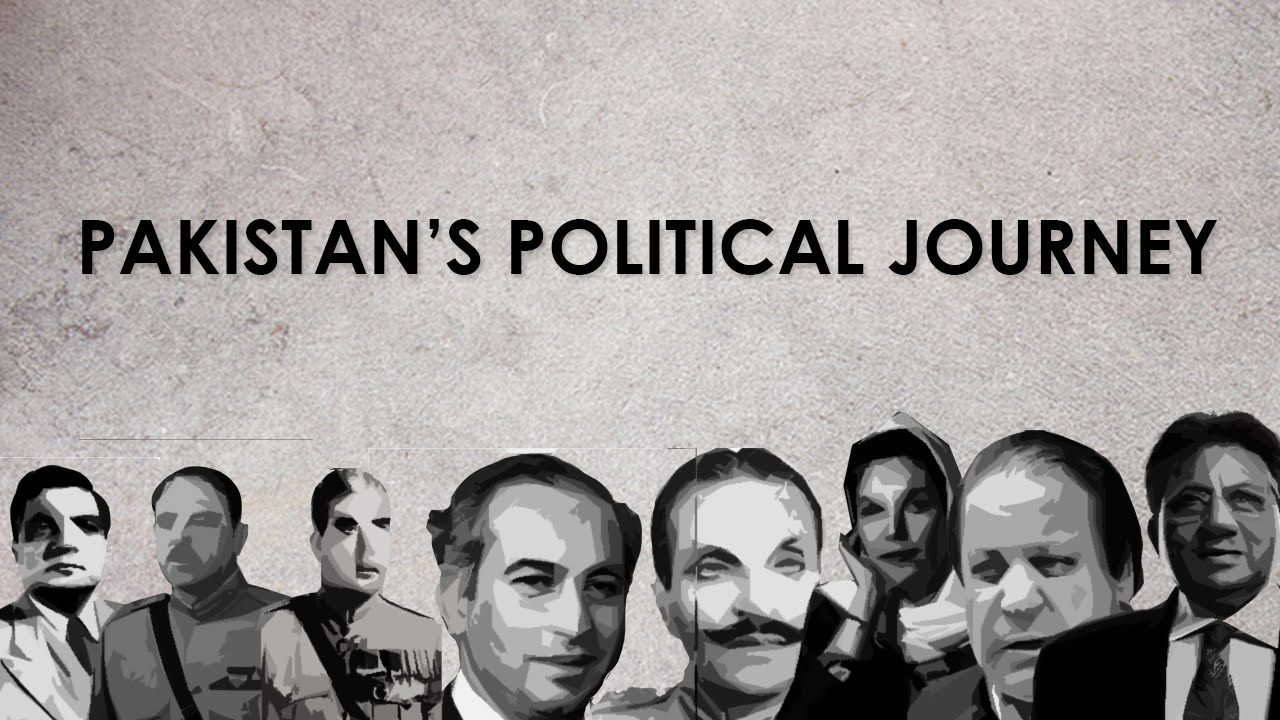 With an opposition coalition campaign for radical political change in high gear and the government admittedly furious and visibly jittery over it, Pakistan may be heading into a period of relative political instability. The first three public meetings of the Pakistan Democratic Movement (PDM) that drew huge crowds have already elicited a series of forced errors from Prime Minister Imran Khan’s Pakistan Tehreek-i-Insaf (PTI) led government.

Two most recent cases in point: Using an existing ban to prevent MNA Mohsin Dawar from attending the Quetta meeting, and announcement by Information Minister Shibli Faraz that the government might reconsider its decision of allowing the opposition to hold remaining public meetings after raising of what he calls separatist slogans at the Quetta meeting.

But the first and the most tell-tale of these forced errors came from Prime Minister Imran Khan himself the day after the opposition’s first power show at its Gujranwala stronghold when he dedicated his speech at the Tiger Force Convention in Islamabad to discrediting Nawaz Sharif and PDM.

This was followed by the high drama surrounding the arrest of Capt. Safdar, the husband of Nawaz Sharif’s daughter PML-N Vice-President Maryam Nawaz Sharif from a hotel room the morning after the Karachi rally. It was seen as an attempt by the government to create a rift within the PDM ranks as some ministers were quick to lay the blame for the arrest at the PPP-led Sindh government’s door.

However, the PPP handled the situation deftly, prompting the Chief of the Army Staff Gen Qamar Javed Bajwa to talk to Pakistan Peoples Party (PPP) Chairman Bilawal Bhutto-Zardari on phone and ordered an inquiry into the incident. The PPP immediately welcomed the inquiry, although the response from the PML-N and the JUI-F was less accommodating.

While the act of Capt. Safdar of raising slogans at the Quaid’s mausoleum cannot be appreciated, the way the federal government handled the situation was wholly uncalled for. Among other things, it provided an unnecessary spotlight to a person who is hardly a political stalwart even within his own party.

Despite the opposition apparently has so far succeeded in demonstrating unity within its ranks, there are reports of internal strife and lack of trust within the PDM leadership on major issues. The leaders of the three major opposition parties – the Pakistan Muslim League-Nawaz (PML-N), the Pakistan Peoples Party (PPP) and the Jamiat Ulema-i-Islam (JUI-F) – are allegedly suspicious of each other’s intentions, each suspecting others to be ready to ditch the alliance after getting the right cue from the concerned authorities. The smaller nationalist parties in the PDM are likewise said to be unprepared to put their complete trust in the three major partners.

The PPP leadership is said to be wary of the aggressive tone adopted by the PML-N and the JUI-F leaders in public meetings against state institutions. This is said to be the reason why the PPP leadership allegedly disallowed Nawaz Sharif from addressing the Karachi public meeting that the PPP Chairman – who was in Gilgit-Baltistan (GB) spearheading the party’s electoral campaign – could not be at the Quetta meeting in person has also allegedly given rise to whispering within the PDM ranks. Some leaders of the smaller opposition parties were reportedly overheard saying in their private conversations that the PPP could ditch PDM if allowed to form the government in GB.

“The reason why Bilawal is missing from Quetta rally today is that he has a smart daddy,” tweeted an estranged PML-N leader Enver Baig, who has previously served as a senator on the PPP ticket, hours before the Quetta public meeting on October 25.

On the other hand, the actions and statements coming from the government in response to the PDM agitation can be considered an acknowledgement by it that the opposition’s power shows were impressive and successful. Exhibit A in this connection would be Prime Minister Imran Khan’s Convention Centre speech in the wake of the first PDM meeting in Gujranwala.

Hitting out at the PDM leaders, a livid Imran Khan vowed to get tougher on the opposition and to make an all-out effort to bring the PML-N supremo Nawaz Sharif back to the country to send him behind bars.

“After Naya Pakistan, now you will see a new Imran Khan”, said the prime minister, declaring he would put Mr Sharif in a common prison bereft of VIP amenities after bringing him back from London. Sharif has been staying in London since November last year after getting bail from the Lahore High Court on medical grounds.

“Come back and see where I put you [Nawaz Sharif],” thundered the prime minister passing his hand over his face in a gesture of challenge, inviting criticism not only from the opposition parties but also from some senior political experts and saner elements of the society.

The prime minister also announced that no more production orders would be issued by heads of legislative chambers for incarcerated opposition leaders, including opposition leader in the National Assembly and PML-N President Shahbaz Sharif, to allow them to attend legislative sessions.

While making this announcement, Imran Khan completely forgot that he was actually undermining the parliament as, under the constitution, it was the discretionary powers of the National Assembly speaker and the Senate chairman to issue production orders for any detained lawmakers.

The Premier accused the opposition of trying to create “a rift between the army and his government and a chaos within the army ranks”. He wondered as to why the Indian media was praising Nawaz Sharif’s speech and said Indian Prime Minister Narendra Modi was also using similar language against Pakistan and its army.

The Prime Minister recalled how Nawaz Sharif became a minister “while making iron bars” at the house of retired Gen Ghulam Jilani and how he later became Punjab’s chief minister by polishing the boots of [the then army chief], Gen Ziaul Haq. In his hard-hitting speech at the PDM’s opening meeting, Nawaz Sharif had alleged the security establishment had been behind his ouster before bringing Imran Khan into power through rigged elections in 2018. He went on to nominate Army Chief Gen Qamar Javed Bajwa and ISI chief Lt-Gen Faiz Hameed for wrong-doing.

Restrained by PEMRA directives, the mainstream media had completely blacked out Nawaz Sharif’s speech via video link from London. The next day’s newspapers published censored reports. However, it was Imran Khan himself who disclosed most of the contents of the speech in his raving response, leading large numbers of Pakistanis to watch Mr. Sharif ’s speech online. There have even been claims the speech received more hits that day than when it was telecast live.

The prime minister resorted to personal attacks against Bilawal Bhutto-Zardari and Maryam Nawaz Sharif, saying they were children brought up on their fathers’ ill-gotten money. He cited three books by foreign authors shedding light on the corruption of Sharif and Zardari families, emphasizing their veracity saying no one could write in the UK anything they could not prove [in a court of law].

Khan’s former wife Reham Khan ceased this opportunity to remind him her book “Reham Khan” was also published in the UK.

The Prime Minister also stirred controversy when he alleged that PML-N leader Khawaja Asif had made a telephone call to the army chief on the night of the election and sought his help winning his Sialkot seat. The opposition was overjoyed as the claim supported their allegations of poll rigging by the army chief.

“At present, the ruling party and the opposition are exhausting themselves in an exchange of abusive epithets. Each side is attacking the other for what it is presumed to be, instead of listening to what the other has to say.”

“This culture of confrontation must be replaced with issue-based posturing. Instead of concentrating on what the others are, efforts need to be made to understand and appreciate what they stand for.”

“Unfortunately, the functioning of all state institutions has been affected by the failure of political parties to grow out of the agitational phase of politics, in which a dispassionate assessment of issues is rarely possible. In a stable polity, political debate derives its richness from a knowledge-based assessment of issues and is not confined to an exchange of slander.”

The only thing certain amid this confusion is that Nawaz Sharif has taken Pakistan into the uncharted political territory by openly opposing military leaders’ dominance of the polity – and especially by publicly naming the names of the serving generals he accuses of meddling in politics in violation of their oath and the constitution. While his followers have high hopes of achieving a more viable republic through this strategy, others fear it may throw the country into chaos.