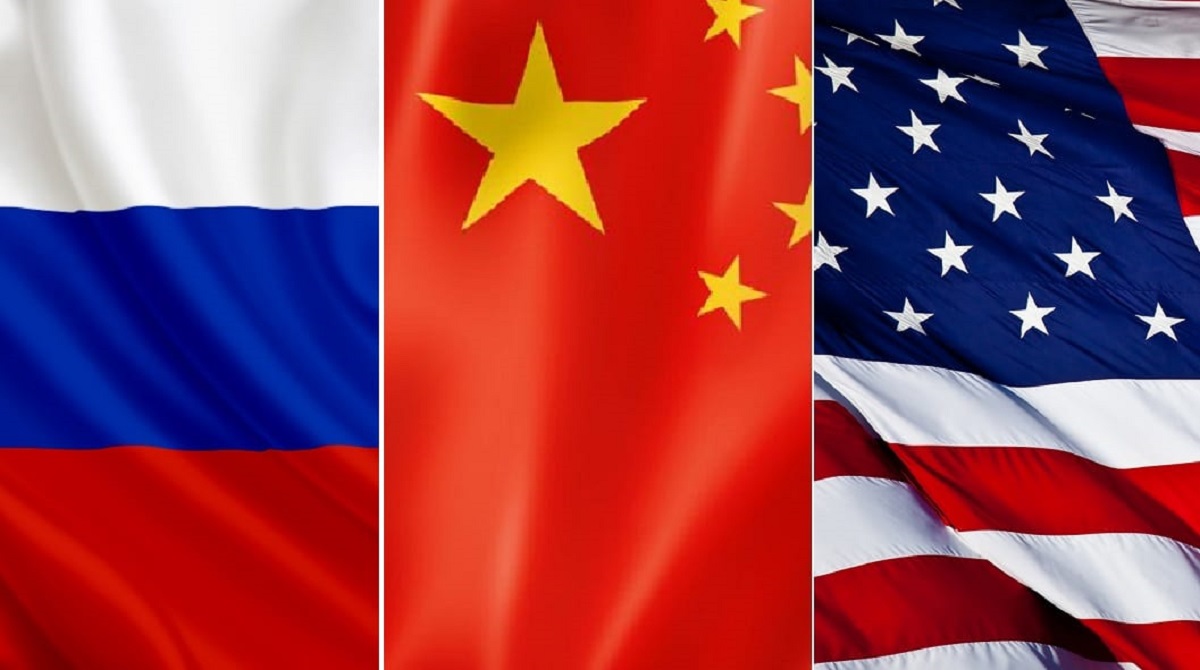 Asking in the spotlight for helping build peace in Afghanistan, Pakistan’s security establishment seems to have no choice but to negotiate with the political forces agitating for its ouster from the political arena. What is more, fraught with all kinds of peril, building peace in Afghanistan promises to be twice as hard as the Herculean labours.
The three great world powers—United States, Russian Federation and China—have their eyes set on the political, military and security situation inside war-torn Afghanistan. All these great powers have stakes in maintaining peace in Afghanistan so that it would not again become a lawless land and would not again become a safe haven for international terrorists and Islamic fundamentalist groups.

For this purpose, these powers have initiated two separate projects. The first of these is the peace process in Afghanistan, engaging the Afghan Taliban on the one hand and Afghanistan’s government on the other. The second, less publicized but no less significant, project is to eradicate the possibility of rising of Daesh (ISIS) in Afghanistan’s northern, south-eastern and eastern regions. In both the projects, Pakistan’s military establishment is playing a leading role.

Pakistan’s premier Intelligence Agency, ISI—a central element of the country’s establishment—has played a crucial role in convincing its old friends in Taliban’s ranks to come to the negotiating table with Washington backed Afghan government. Earlier it was with the help of Pakistan security apparatus that Washington reached an understanding with the Afghan Taliban for withdrawing its forces from a war-ravaged country.
The second international project that Pakistan’s security establishment is leading has the backing of strong regional players including Russia, China and Iran. This project is based on multilateral cooperation among regional states to prevent the rise of ISIS in Afghanistan, which can pose a potential threat to regional countries including Iran, China and Central Asian states—countries which come under Russian Security umbrella.

Pakistan’s ISI hosted a meeting of Intelligence Chiefs of Russia, China and Iran to discuss the rising threat of ISIS on Afghanistan’s territory in July 2018. “The conference reached an understanding of the importance of coordinated steps to prevent the trickling of IS terrorists from Syria and Iraq to Afghanistan where they would pose risks for neighbouring countries,” an official said. The top security and intelligence officials stressed the need for more active inclusion of regional powers in the efforts to settle the conflict in Afghanistan.

Pakistan’s security establishment is playing a leading role in both of these international projects, a factor which gives the country’s establishment much needed confidence and clout to consolidate its hold on power structures in the domestic political scene. It is not only relevant in the international security and political scene, it suddenly finds itself on the right side of great powers, which want it to do a project to consolidate peace in Afghanistan and to contribute in bringing political and security stability to that country.

In the above mentioned two projects, Pakistan has the backing of Washington, Beijing and Moscow, a situation which is in complete contrast with the past when Pakistan—in connection with its projects in Afghanistan—was strictly in American camp and was opposed stanchly by Moscow.

Pakistan’s security establishment’s standing in the domestic political scene is in complete contrast with its international standing: A former Prime Minister, Nawaz Sharif is spearheading a mass awareness campaign to show the leaders of the security establishment as usurpers and cheats. Nawaz Sharif’s political partners in this campaign come from rural and semi-urban Sindh, religious-political forces from rural and semi-urban Khyber Pakhtunkhwa, and his own political stronghold in the middle-class constituencies of Central Punjab.

These political forces under the umbrella of Pakistan Democratic Movement (PDM) have been engaged in mobilizing public opinion against country’s security establishment, thus undercutting and undermining their image and their influence in the urban centres of country in general and urban and semi-urban areas of Central Punjab and Khyber Pakhtunkhwa in particular.

Another reason for Pakistan’s security establishment to be sensitive about these regions is that the majority of the vocal and visible chattering classes of Pakistan society come from these two regions and urban areas of Sindh.

The push and pulls of these two conflicting trends will keep the political pot boiling inside the country. On the one hand devising a new internal political system and security architecture for Afghanistan in which Taliban will play a legitimate role will not be an easy task, especially light of the fact that Pakistan’s security establishment will have only limited influence on the political situation in the neighbouring country. And any possible misstep by Afghan Taliban in the shape of more adventurous violence would have negative repercussions for Pakistan’s security establishment.

Similarly Pakistan’s security apparatus might have the power to convince Taliban to come to the negotiating table, but this would not guarantee Pakistan’s influence on other political forces of Afghanistan to accept Taliban as a legitimate play in that war ravaged country.

Similarly Pakistan’s own domestic political scene shows no signs of settling down in the near future. The architects of present political setup in Pakistan must realize that this setup has a very narrow social and political base with only one urban middle class party, Pakistan Tehreek-e-Insaf, providing support to its edifice. The list of disgruntled forces is long and goes deep into the society.

In the original 1973 constitution, those who framed the document clearly wanted that the prime minister of the country should function in an atmosphere free of every type of duress. The pressure on a PM should simply come from the elected representatives in the parliament and no one else. The framers wanted that no administrative, military or judicial authority in the country should have the power to remove the prime minister from office. That is why they created only two provisions for the removal of a prime minister from office—one is through a PM’s own decision to dissolve the national assembly and the other is

ran counter to the original intentions of the framers of the 1973 constitution, which clearly laid down the two possible ways through which a prime minister could be removed.

This also happened to be a time when the office of Chief of the Army Staff was fast emerging as a parallel executive authority in the country. The military leadership was taking decisions about force application to curb militancy and the policy of initiating negotiations with the militant groups, acting as diplomats-in-chief of the country in meetings of important heads of the states, etc. They even started to take interest in economic and financial management of the country.

So the weakening of the executive authority of the state was caused by the separate but parallel processes of the judiciary inventing a new mechanism for the removal of a Prime Minister from office and the office of Army Chief taking up powers once considered the preserve of the Prime Minister.

Pakistan’s political class through their sheer ingenuity have invented yet another way to humiliate the office of Prime Minister. This has been done twice since August 2014 when various political players gathered a few thousand protesters in Islamabad and started talking about a mob arresting the prime minister, or forcing him to resign.

Another way to make a mockery of the political system is when (technically) subordinate executive authorities invite the leaders of the protesters to visit them in their office – even when they were hurling humiliations at the chief executive at the top of their lungs.

The Prime Minister’s office now exists as an empty shell in Pakistan’s political system especially after receiving continuous battering by subordinate executive authorities and machinations of unaccountable power centres. Its capacity to make things happen in society is much less than its subordinate institutions and executive authorities, which were on a persistent drive to power aggrandizement since the post-Zia period.

In such a situation, motley political parties under the umbrella of PDM, with hardly any street power, can pose no major threat to the hegemony of Pakistan’s security establishment on the country’s political system. The major threat to establishment’s dominance of the system comes from two sources: the fast weakening economy and the continued internal security challenges.

The weakening economy has greatly reduced the economic and financial pie, making it impossible to sustain a large defence budget. Internal security threats continue to dog Pakistan notwithstanding the claims by the security apparatus that it has broken the back of militancy in tribal areas and thus eradicated the potential of Pakistan Taliban to carry out terror attacks in the urban centres.

Serious security experts suspect Pakistan has the wherewithal to prevent terror groups from regrouping over a long period of time. Thus, while PDM may not be a serious threat to the continued grip of the security establishment on power structure, internal security threats and meagre financial resources will surely undermine their influence and clout in the country.

In the longer run Pakistani security establishment may well end up facing half the Hobson’s Choice: Take it (i.e., negotiate and come to terms with the disgruntled political forces) – for leaving it is not really an option.

In this article:China, Russia, US