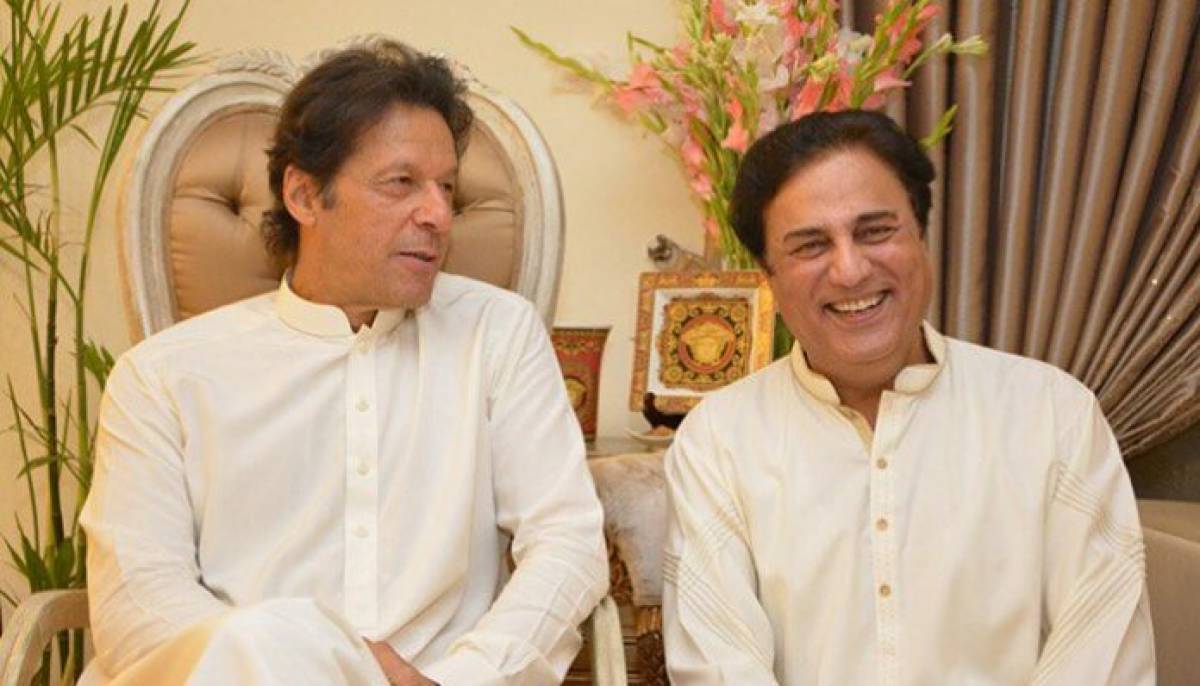 Somebody Say it ain’t so!

I don’t have any objection to Naeem Bokari being stayed as PTV Chairman, but the reason given only added insult to injury: That the age relaxation given him was not valid.

Now Naeem Bokhari is a sort of Peter Pan figure who is beyond such mundane things as age, and it is fitting that he be in the PTI, with a leader who is the only sexagenarian known for attracting the youth vote.

Bokhari, one should remember, is the younger brother of Saleem Altaf, the fast bowler, who was a playing contemporary of Imran’s. In fact, Imran was only picked for his 1971 debut because Saleem Altaf was injured. His recovery for the next Test led to Imran being dropped.

Well, at least neither Saleem Altaf nor his kid brother Naeem was up to the sort of shenanigans that Test cricketers Shoaib Malik and Wahab Riaz have lately won notoriety for. The official version is that Shoaib rammed his sports car into a truck when he was leaving the PSL draw. So how did Wahab Riaz earn a mention in the story? Well, it seems that all attempts to excise him from the account cannot hide his having been racing Shoaib in his own sports car. Neither was injured, but Shoaib no longer has a sports car.

Speaking of cricket, while Pakistan was losing to New Zealand after suffering a Kane Williamson double hundred, Imran suffered another diplomatic failure when he could not stop India drawing with Australia on a tense final day, so that they went into the decider at the Gabba with the series level 1-1 – where they scored a historic win to clinch the series.

Our boys, on the other hand, don’t seem to know whether they’re playing cricket or car racing. I knew every truck driver thought he was actually a Formula One racer. It seems our cricketers are no different.

Is Imran paying attention? Or is he too busy with the revelations about Mian Nawaz Sharif reportedly trying to bribe Broadsheet PLC to stop digging up dirt on him? Well, Broadsheet found nothing against him, so the story is confirmed according to PTI evidentiary standards.

Reports say a member of Shehzad Akbar’s team demanded a cut to get released the payment Broadsheet demanded. The payment has since been released but it seems Shehzad Akbar is going to face nothing. Of course, we all know that anyone suspecting Shehzad Akbar or any member of his team of wrongdoing is actually doubting that Imran built a cancer hospital, and that too with his own two hands – an extraordinary feat no doubt.

Well, courts are doing extraordinary things these days. Like a Sessions judge ordering a rape case registered against Babar Azam. The Lahore High Court suspended that order after Babar Azam argued he had reached a settlement with the lady back in 2018.

Does that make him a challenger for the prime-minister-ship? Not unless he has a daughter he denies. (And just as important, does Babar eat organic food? The cricketer to watch is always the one who knows a lot of Bollywood types.)

If that were to happen, Imran might not be able to do what US President Trump did after losing an election. Trump’s supporters stormed the Capitol. Of course Imran’s supporters stormed Parliament House during the dharna, but the youthias were desperate to get to a toilet. Trump supporters on the other hand wanted to overthrow the election results. Trump has been impeached. In Pakistan, we made Imran PM.

I suppose it’s something of a coincidence that Mrs. Zarina Musharraf, mother of Pervez Musharraf, passed away so soon after the departure of Nawaz Sharif’s mother. She was a little luckier, I suppose, for none of her kids was in jail, though one was in exile. She lived to a great age, reaching 100.

I know that none of our party leaders has a mother living, but I’m not sure that’s a reason to make anyone PM. I’m reminded of the man who confessed to murdering his parents and then sought the mercy of the court as an orphan.

Imran would probably be happy that Shafqat Mahmud is not a competitor for the youth vote because schools have reopened, at least partially. The hopes of being on holiday forever seem to have been dashed. There is some forlorn hope from a ministerial meeting on Friday, but things will have to be really bad for there to be any action.

The writer is vetern journalist and working at Pakistan Today