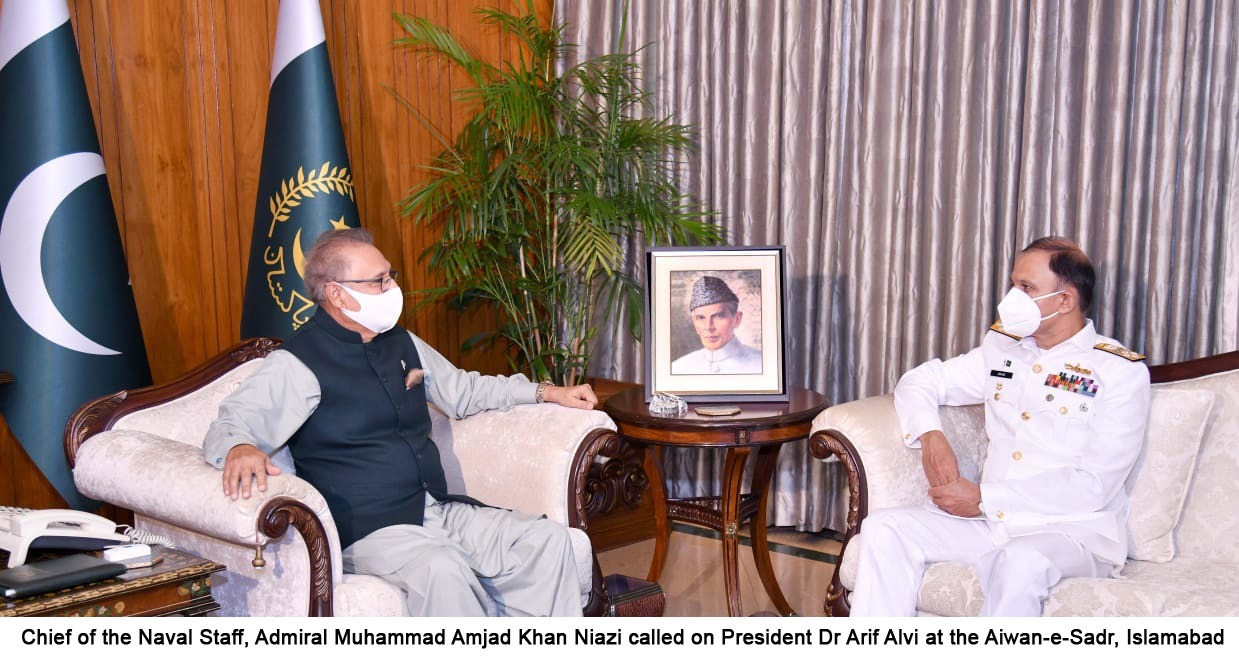 The President congratulated him on assuming the office of Chief of the Naval Staff. While talking to the Naval Chief, the President said that Pakistan Navy played a vital role in defending the maritime frontiers as well as securing the economic interest of the country by providing security to Gwadar Port and CPEC sea routes. He expressed the hope that the Pakistan Navy, under the leadership of Admiral Muhammad Amjad Khan Niazi, would successfully overcome the maritime challenges being confronted by the country.