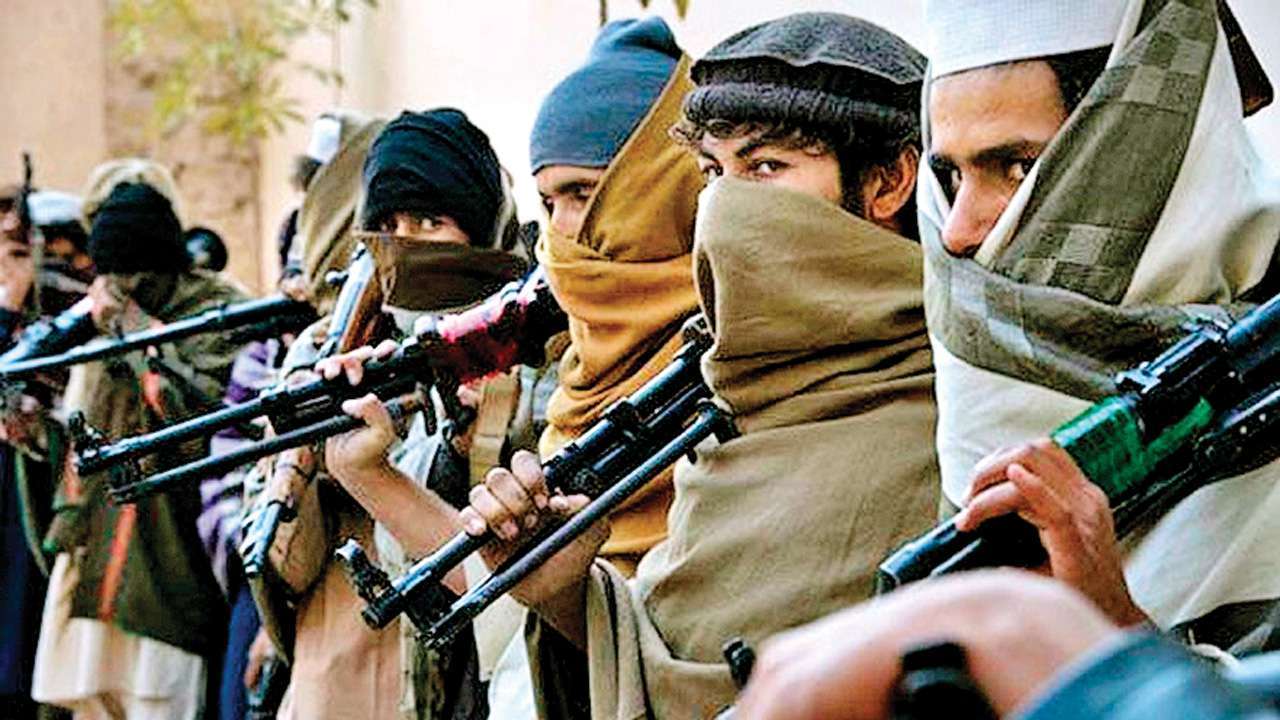 Small words sometimes make for great revelations. That was the case with Prime Minister Imran Khan, as he consoled the bereaved Hazara family members in Quetta in the aftermath of January’s Machh massacre. He said: “Most of the top sectarian terrorists have been eliminated and that only ‘35 to 40’ of them are alive and trying to stir up communal trouble in the country at the behest of their foreign paymasters”.

Before we go on analyse as to why militancy has returned to Pakistan after a brief hiatus, let’s recall one more candid admission – also by Khan. Addressing an audience at the Institute of Peace in Washington D.C in 2019, he had commented that about 30,000 to 40,000 terrorists – who are trained and have fought in various conflict zones – are in hiding in Pakistan. Period! He was not wrong. Of course, it was an offshoot of our myopic Afghan policy.

If statistics are any criterion, both the statements reflect the underlying deep security challenges; and the need to eliminate this gangrene at the earliest. Pakistan’s security establishment has done a great job, and the smiles all around in Pakistan are ample testimony to it. But it goes without saying that the security predicament fault-lines lie on both internal predicament fault-lines lie on both internal and external fronts.

Ironically, the bigger challenge is internal. It’s the sectarianism coupled with ethno-lingual fissures. It refuses to die down. It also has all the catchments to attract international muscle and explode in an atrocious manner.

Pakistan is at the receiving end. Some call it fifth-generation hybrid warfare. It’s too easy to win over minds and influence behaviour. And, that is exactly what is happening in Pakistan and the region.

There is no dearth of splinter terror groups in Pakistan subsisting as sleeper cells. They manage to get away under various petty parochial considerations. They are all over Balochistan, the erstwhile FATA, urban Sindh and rural Punjab. Their modus operandi is hybrid: Propaganda, sabotage, subversion, terrorist activities!

They possess proactive militant wings disguised under sectarian and ethnic masks. To name a few: Lashkar-e-Jhangvi, Tehrik-e-Taliban, Sipah-e-Sahaba, ISIS, Sipah-e-Muhammad; and the more refined ones include PTM and BLA.

The irony of Pakistan’s foreign policy is that at least three of its neighbours, Iran, Afghanistan and India have an axe to grind with extremist unrest in Pakistan. The fourth major irritant is Saudi Arabia. It has the capacity to influence public opinion through its generous and unabated funding to like-minded religious outfits. Iran is doing same.

Islamabad to this day has never been able to sort out this mess and menace, obviously for reasons of geopolitical and economic exigencies. They all fight and operate through their proxies on the Pakistani turf against fellow Pakistanis. The State, at times, sits pretty confused wondering what went wrong and how!

The war trumpet was sounded in 2014, when the Taliban slaughtered 150 pupils in what came to be known as the Army Public School massacre in Peshawar. The event changed Pakistan’s security paradigm for good. There is no going back now. The 20-point National Action Plan, though unimplemented in reality to this day, is the ultimate way to go.

The international pressure in terms of FATF has, however, helped push the buck. The State of Pakistan started disarming terror groups, and they did it well. It is a success story for the army and the intel agencies. Hats Off! The country was cleansed 90 percent of terror abuse.

But the mafia lives on. It breathes underneath the veins of political and lingual muscles. It blackmails the state, and the government, accordingly. Mobs of religious men on the streets of federal capital Islamabad, Rawalpindi, Lahore, and Karachi are a testimony of this civil-warfare. The authorities succumb for reasons best known to them. The Faizabad Deal is a case in point.

The simple question is if the government can conveniently check and block the source of Western funding for NGOs that operate in the intellectual domain, why can’t it likewise monitor and audit the accounts of hundreds and thousands of seminaries?

If the so-called intellectuals disseminate ‘anti-state’ propaganda at the NGOs’ behest, graduates of these seminaries too breed extremism in our society and body politics. Plus they act as street nuisance, too. Why this double standard? Are we so afraid of the cloak?

Let’s take a cursory look at the recent terror log. An orchestrated anti-Shia campaign was initiated on social media in September, demanding that the Shia Muslims be declared as ‘heretics’.

It was followed by rallies in Karachi and elsewhere against the Shia faith. The momentum, perhaps, was gathered on the heels of Tahaffuz-e-Bunyad-e-Islam (Protection of Foundation of Islam) Bill passed by the Punjab Assembly. The move was devoid of wisdom in a pluralistic society. The bill sought to enforce a narrow Sunni interpretation of Islam. It was, in fact, a biased piece of legislation and utterly uncalled for.

It was followed by a massive blast in October at a religious school in Peshawar, which killed at least eight people and left behind hundreds injured. The attack apparently had an Afghan connection, as it sought to target Sheikh Rahimuddin Haqqani, an Afghan cleric from Jalalabad. He was lecturing students at the moment of the blast at the Peshawar seminary. He survived, though. Then the motorcycle blast in Quetta, which killed and injured dozens. It was followed by the assassination of Maulana Dr Adil Khan in Karachi. He was the scion of Maulana Saleemullah Khan, the founder of Deobandi Jamia Farooqia seminary. Dr Adil, an illustrious figure, was member of the executive council of Wifaq-ul-Madaris Al-Arabia Pakistan – the largest federation of religious seminaries in Pakistan with around 23,000 madaris in its fold. His murder remains a mystery.

The latest in the string of atrocities was the bloodbath at Mach in Balochistan. Eleven ethnic Hazaras coalminers were abducted and their gruesome slaughtering was filmed and posted online.  All these tragic events are like connecting the dots as they were choreographed to provoke every community with an ulterior purpose.

These attacks also suggest that the militants are regrouping. Someone is working in cahoots with them. Their intention is to brew sectarian violence. The million dollar question is why now? The answer has a geo-political connection, too.

The new wave of terror arrived as Pakistan was making headway on CPEC projects – the country’s USD 60 billion lifeline. Not surprisingly, the active theatre is Balochistan. Militant groups opposed to CPEC – or backed by external powers opposed to CPEC – are the prime suspects for carrying out attacks in Gwadar – the seat of CPEC in Pakistan – and elsewhere. This is why Prime Minister Khan’s estimate that 30 to 40 odd men are holding the state hostage needs deep introspection. They are not men in isolation. Each has carved out a place for himself in the woodwork of sectarian hatred and lingual prejudice. Illiteracy and poverty help them thrive and further the nefarious designs of their foreign masters. Intelligence dossiers of Western sources say that there were more than 50,000 terrorists hiding inside Pakistan when the US bombed Tora Bora mountain ranges in Afghanistan. This is why Pakistan suffered more than 70,000 civilian and military casualties as it fought the US-led war on terrorism.

The subsequent Pakistan Army assaults on the terror networks devastated them to the core. Pakistanis heaved a sigh of relief. The country is terror free but remnants are more dangerous than ever. They have taken refuge in the society’s rank and file of disgust. They are now pampered and protected by the political and money-laundering elite. It is a serious nexus.

Prime Minister Imran Khan and the military top brass have an opportunity in disaster to attend to the problem. Use it as a pivot for action. Nail down the abettors in one fell swoop. The terror contours will stand exposed.

Beyond that, nabbing 30 to 40 ringleaders should be a cakewalk for the Pakistani law enforcement. What we need to do is exhibit zero tolerance and nab them. Only then can we beat back the menace of militancy.

Finally, Islamabad needs to put in a discrete word or two in a few foreign capitals. The diplomatic corps should know how to make Pakistan heard by the right quarters without making a lot of noise.

There’s absolutely no need for the message to be long winding or complex. Just tell them that we know who is doing what, and that we intend to impose consequences on anyone overstepping the line henceforth.

If we can get that right, the problem will solve itself in a matter of days.

The writer is former Opinion Editor Khaleej Times; and presently an Editorial Consultant