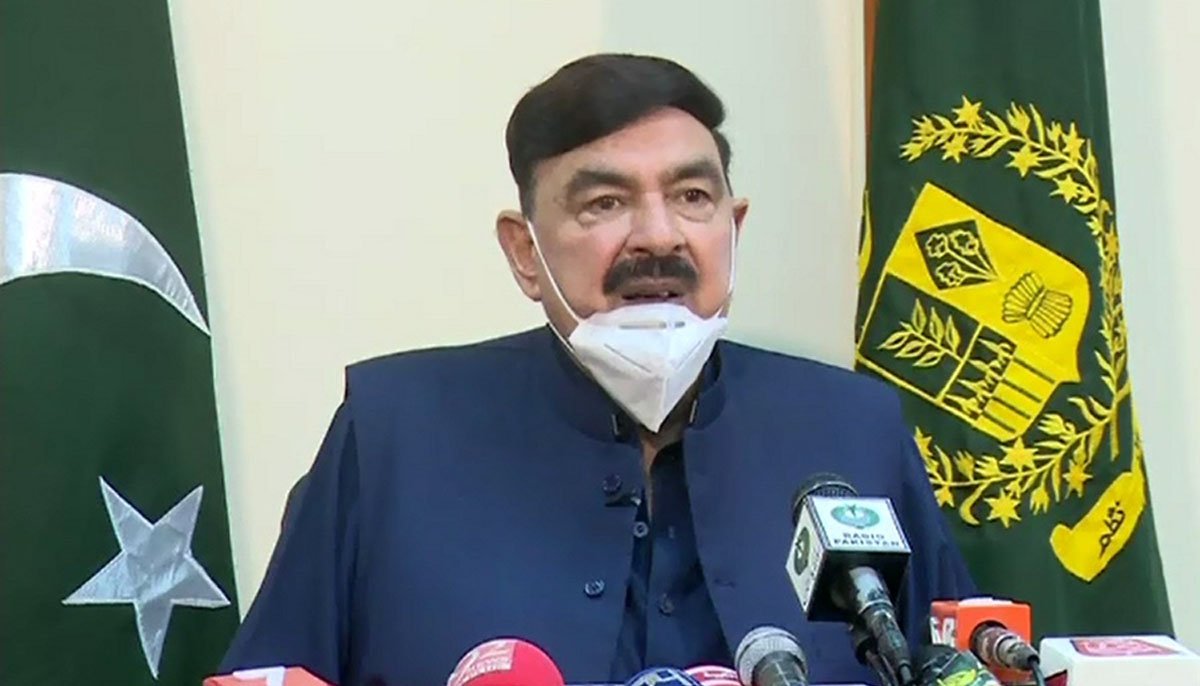 While speaking to the media in Rawalpindi on Saturday, Interior Minister Sheikh Rasheed said that there will be strict action against anyone using belittling language against the Pakistan Army or any other state institutions.

He went onto criticize the Pakistan Democratic Movement (PDM) and its chief Fazl, talked about PPP chairperson Bilawal, former prime minister Nawaz Sharif’s passport issue, and the resource of online visas in Pakistan.

Rashid said that PPP is a winner and PDM is a loser since PPP has exhausted PDM. He further said that Bilawal is sensible and has played his cards well. One who keeps the doors of dialogue open is actually an intelligent politician.

He gave remarks on PDM’s Chief Maulana Fazlur Rehman and said that his stars are not in the right direction as his politics has become disorganized.

Fazl had recently said that PDM’s partnership “is stronger than before” while responding to rumors of any internal disputes.

“He [Fazl] should talk about Islam and stop dreaming of Islamabad“.

Rashid pokes fun at Fazl while indicating PDM’s planning of the long march.

He further warned that anyone who uses derogatory language against the Pakistan Army will be strictly dealt with. Action against the responsible will be taken in 72 hours.