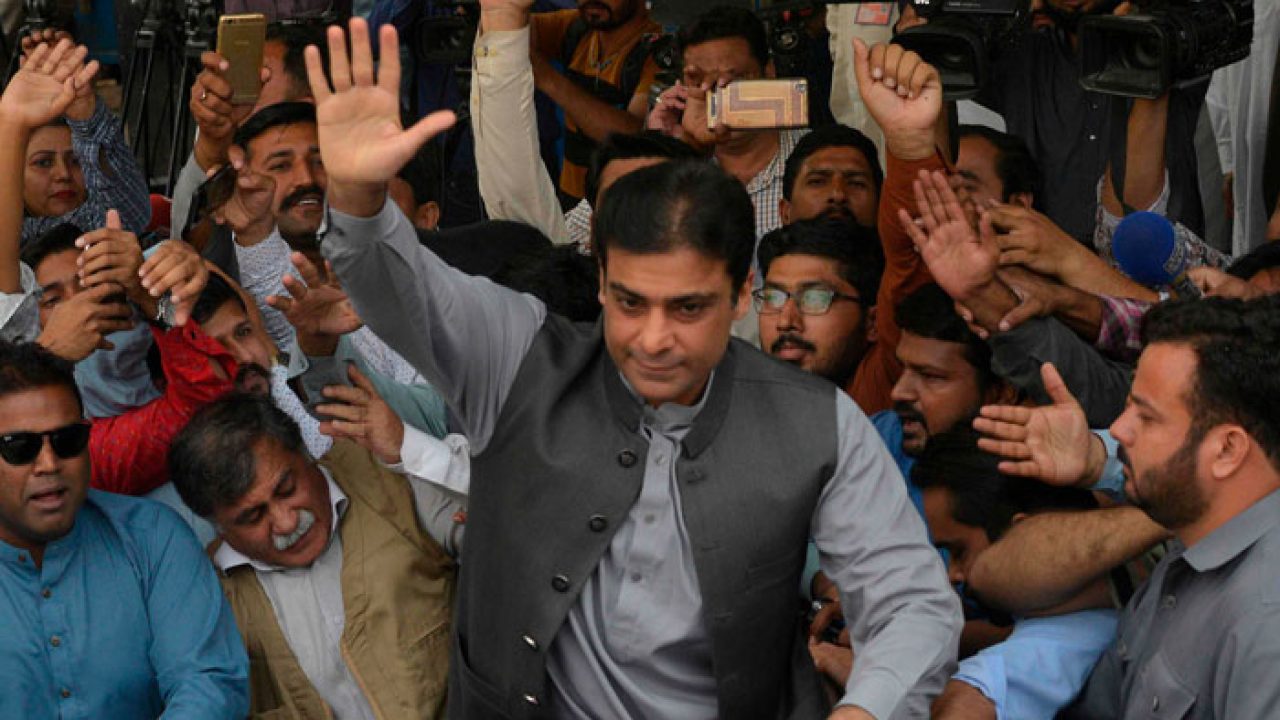 On Friday, Supreme Court disposed of the post-arrest bail petition over withdrawal of the plea by PML-N vice president Hamza Shahbaz’s lawyer.

Hamza sought bail again on the grounds of being vulnerable to Covid-19 in jail but the Lahore High Court did not agree with the grounds after which the counsel withdrew the application and moved the apex court.

Justice Masood asked Advocate Amjad Pervaiz if he wanted to pursue the case on the basis of merit or hardship. Hamza’s counsel said bail is being sought on hardship as his client is in jail.

Justice Masood questioned how could Supreme Court hear the plea on hardship if there was no mention of it during the proceedings. In response, Hamza’s lawyer said,

“There were no grounds for hardship at the time.”

In the arguments, the counsel said no one can be detained indefinitely. Pervaiz also said,

“No reference had been filed against Hamza when he applied for post-arrest bail. The charges against my client were for Rs7 billion but the reference has been filed for Rs530 million.”

Justice Afridi observed that it would be appropriate for the petitioner to approach the HC on the basis of the accountability court repot.

The apex court toppled the petition after Hamza’s counsel withdrew the application.