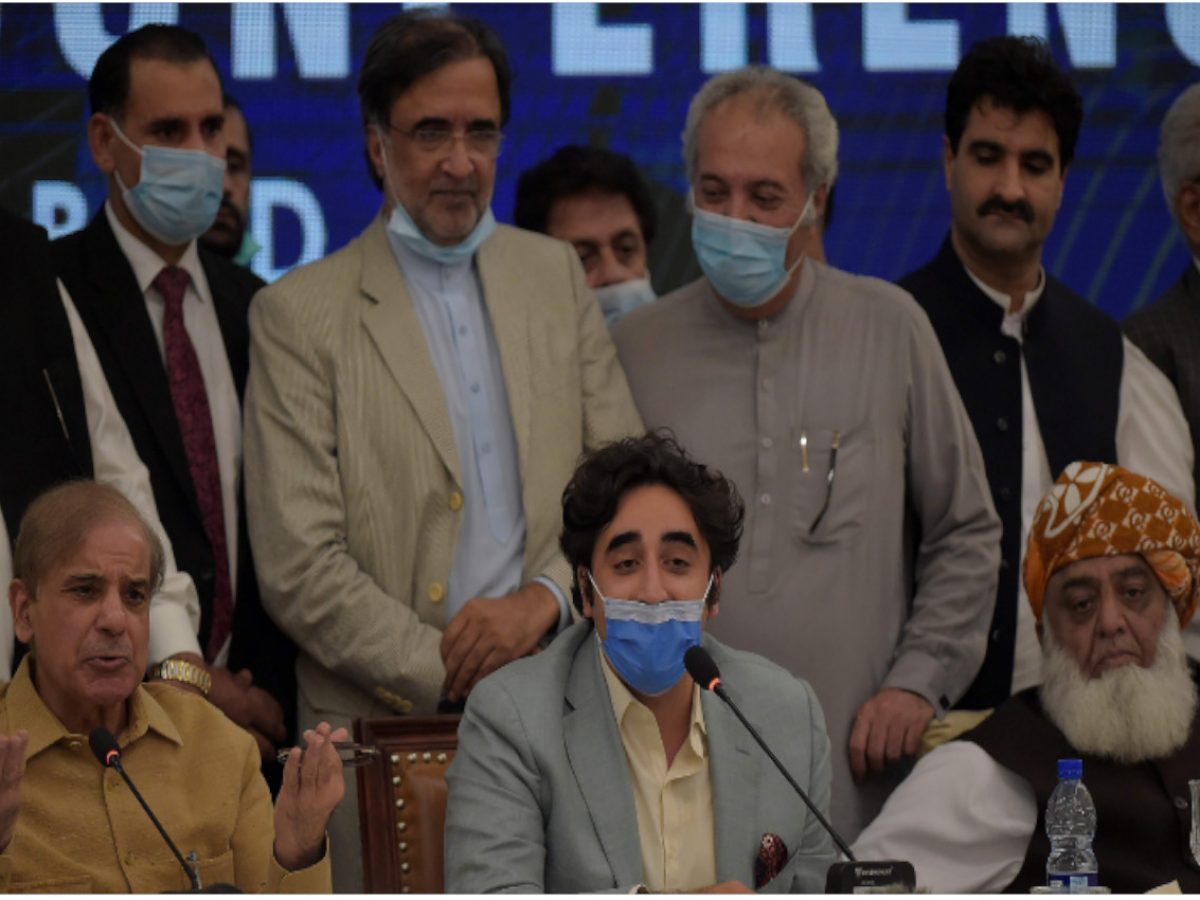 What do you call this situation when the government fails to deliver, and the opposition fails to play its role? Can the double disappointment be simply described the failure of the politicians as a species? Or is it the failure of the present political setup, based on the experiment called the hybrid system, wherein politicians are hamstrung on both sides, government and opposition? There may be two or more opinions on who is responsible for this system malfunction; but it is a disaster, all agree.

This all-encompassing failure is unprecedented in the sense that previously at least one side of the political divide performed better than the other. Is this situation going to change after the All Parties Conference and the formation of the Pakistan Democratic Movement? It will not take long before the answer to this question is known to all.

In our history, no civilian government has had such a cozy arrangement. With the powers that be on the famous same page and the opposition in total disarray, these two years have been a dream arrangement for Prime Minister Imran Khan. How it all turned into a nightmare for the hapless masses is a tragic tale. Use any yardstick to measure the performance of the incumbent government, it leaves, to put it mildly, much to be desired. The economy, even before the pandemic, was in tatters. Almost every indicator showed a downward trend. The GDP growth rate plummeted from around 5.8 to minus, the most irrefutable indicator of slowing down of the economic wheel. The government borrowed from left, right and center, adding Rs. 11.35 trillion to public debt in two years, which was more than the total debt the previous government had taken in its 5 years term. From the circular debt to tax collection, things looked plunging.

When an economy goes in a coma, it thumps the masses hard. Inflation has been soaring continuously, making life tougher for the common man. Prices of fuel, electricity and gas multiplied, Rupee crashed, essential food commodities’ prices witnessed major climbs, and unem- ployment increased. In a word, on the economic front, the government has nothing much to show.

Accountability, the main slogan, and the pillar of PTI politics has been proven a charade. The government is continuously mired in scandals, one after the other, medicine, wheat, sugar, and more, but no government official or minister has been held accountable. From the Peshawar BRT to Malam Jabba, a lot needed to be looked into but that was not to be.

Besides political victimization, the government’s record on human rights in general also looks rather unpleasant. The number of missing persons has multiplied rapidly during the last two years, and the incidents of such abductions didn’t remain confined to Balochistan and Khyber Pakhtunkhwa. Forced abductions have even reached the capital. Law and order, in general, have deteriorated in the country.

The government now seems keen to control the social media, the only platform accommodating independent opinion. Some laws have already been made to achieve the goal. From the task forces formed when the PTI came into power to the ‘discovery’ of offshore oil and gas reserves, nothing seems to have worked for the government. In a word, the govern- ment’s failures are all encompassing, the constitution and the federation included.

Ironically, while the government was failing miserably almost on all fronts, the opposition also failed in performing its role to a great extent. The opposition remained disunited and confused during the period, inside the parliament and outside. For two years without letup, it remained stuck in its struggle to fight the NAB and its various tools of coercion. The opposition could not devise a united strategy to brave the NAB storm and was seen suffering the Bureau’s references and investigations. The main opposition party, Pakistan Muslim League (N) supremo Nawaz Sharif along with his daughter Maryam Nawaz remained jailed, but his party could not stage even a single sizable protest to challenge the NAB, allegedly working at the behest of the government. When Nawaz and Maryam came out of jail, they kept their mum, which many thoughts alluded to some sort of deal with their captors.

PML (N), it is an open secret, has division among its ranks. Not many in the party seem to have the backbone to support the Sharif ’s anti-establishment stance. Hence, the confusion.

The opposition looks toothless in the parliament as well. Despite its numerical strength in the upper house, it has failed to meaningfully impact the legislation. From the election of the Chairman of Senate to the recent FATF related legislation, the opposition MPs couldn’t stay united, at times voting against the party directions and at others just disappearing at the time of vote casting.

In the last two years, the only opportunity to show their street muscle to put the government on the back foot came the opposition’s way during Fazalur Rehman’s Azadi March. The opportunity was squandered as both PML (N) and Pakistan People’s Party stayed half-hearted, perhaps trying to seek, of course separately, some backdoor concessions from the powers that be. Even on that count, the two parties failed.

It took the opposition two years to understand the contours of the hybrid dispensation. And the outcome of this appreciation is Nawaz Sharif’s recent fiery speech, and the All Parties Conference plan of action, that is, the only way to get out of this political pit is by taking the bull by the horns. How successful this strategy will be is yet to be seen. The failure of the previous approach, however, is transparent.

All said, it seems almost impossible for the political forces, be it the government or the opposition, to perform their roles in a meaningful fashion under the hybrid dispensation, a euphemism for controlled democracy.